You don’t have to be an expert in big data analytics to know that data scientists are in great demand. According to a report by MHR Analytics, 80 per cent of UK companies plan to recruit a data scientist this year.  Amazon says a boom in artificial intelligence and machine-learning has seen data scientists’ jobs grow by a staggering 505 per cent over the last five years.

With an abundance of data being generated from vehicles, mobile phones and a myriad of household electrical goods ranging from the TV to the toaster, it’s easy to see why chief executives are desperate to hire data architects to address their insight needs.

Market research is about the understanding of human beings. It is a realm that data science cannot penetrate on its own

But is their faith in data engineers misplaced or are we witnessing a paradigm shift? Can data science really replace market research, a profession which big business and government have always traditionally relied on to find answers to difficult questions?

“Data science helps identify correlations. So data scientists can provide patterns, networks, dependencies that may not have been otherwise known,” says Dr Slingsby. “But, for data science to really add an extra layer of value, it needs a market researcher, who understands the context of the information, to interpret the ‘what’ from the ‘why’.”

It is a view shared by Ben Page, chief executive of Ipsos MORI, one of the UK’s largest market research companies. Mr Page, who has worked in market research for 32 years and has headed Ipsos Mori since 2009, says that to pit market research against data science “is something of a false dichotomy”.

He explains: “Market research is effectively about the understanding of human beings, and their behaviour and motivations. It is a realm that data science cannot penetrate on its own.”

Mr Page says that while Ipsos MORI employs more than 1,000 data scientists around the world, they make up just one of many different skillsets which include behavioural scientists, anthropologists, ethnographers and documentary film makers.

“And with 16 per cent of people in the UK unable to fill in an online form, we also hire survey interviewers to knock on doors and ask questions,” he adds.

To illustrate the point further that data science isn’t the only tool in its armoury, Mr Page provides an example of research Ipsos MORI conducted for a global manufacturer of pet food.

“Because people in Brazil have lower average incomes than in the UK or the United States, the client, understandably but incorrectly, assumed that Brazilians would buy the cheapest pet food. But actually, the opposite is true,” he says.

With the internet of things and ecommerce platforms not as advanced in Brazil, Mr Page says data science “would not have provided the breakthrough”. Instead his team used observational research and ethnography.

“Data science might have simply provided us with a list of the most popular pet food sold, but it would not tell us much about the people buying the pet food, especially in a market like Brazil. But with ethnographers observing Brazilian households over a period of months, three key findings were revealed,” he says.

“The first was that Brazilians love their cats just like the British do. The second observation was that, with access to a cheaper labour market, many Brazilians employed a housekeeper to cook for them and for their pets or cooked for their pets themselves. Thirdly, we saw how Brazilians often shop every day and had a strong preference for fresh food.”

Armed with this insight, Ipsos MORI advised its client to put their premium pet food in a sachet alongside the fruit and vegetables in supermarkets, so when people bought their daily supply of fresh fruit and vegetables, they could also purchase high-quality cat food as well.

And the result? “Our client followed our advice and saw its sales of pet food in Brazil rise by 67 per cent in six months,” says Mr Page.

Data science cannot provide all of the answers

Mr Koch, who heads the award-winning customer agency’s European and Asian divisions, offers an interesting anecdote on why you can’t have one without the other.

“We recently worked with a fast food retailer,” he says. “Data science has told us footfall was down and it also revealed that fewer women were visiting the restaurants. But the data we had crunched couldn’t tell us why that was. We followed up with a quant survey, but that only told us that customers thought the restaurants were dirty. Again it didn’t reveal the full picture.

“When we dug deeper, by building relationships and talking to female customers over a long period of time, we discovered that an overwhelming feeling of shame was keeping them away. They felt that in visiting the restaurant they were not just letting their young kids down, but were also worried as to how their friends and family would view their actions.

“This insight helped us drive change for the client. To really peel away the husk and get to the truth, you need to employ multiple methods. Data is just one of them.”

Where data science can make a difference

However, that is not to say data science can’t make the difference. It can. Ipsos MORI uses data science to evaluate how people are consuming different media and what they are looking at. It works out the value of 460,000 billboard posters in London by equipping a representative panel of the public with GPS responders.

Mr Page explains: “The devices record their real-time position and track everywhere they go. Over the course of a year, this allows us to see how many people view an advertising hoarding in Oxford Street rather than, say, Shaftesbury Avenue. With this information, we can calculate the number of posters and size of hoarding required in each location for the company advertising to gain maximum exposure.”

But can data science reach audiences market research cannot? For example, very few commentators predicted the UK would vote to leave the European Union, prompting Conservative MP Michael Gove famously to declare that people had “had enough of experts”.

Dr Slingsby, who is also a senior lecturer and researcher at City’s giCentre, thinks that in the future, political polling companies may rely more on data science than they do now. “Data science may help unlock alternative sources of data. For example, there may be significant voices that deviate from the mainstream within closed online communities whose opinions are not captured by traditional surveys or market research,” he says.

“Data science may be able to help extract these, allowing them to be used alongside traditional sources. Once we understand how we can use them effectively, this may help political analysts gain new insights.” 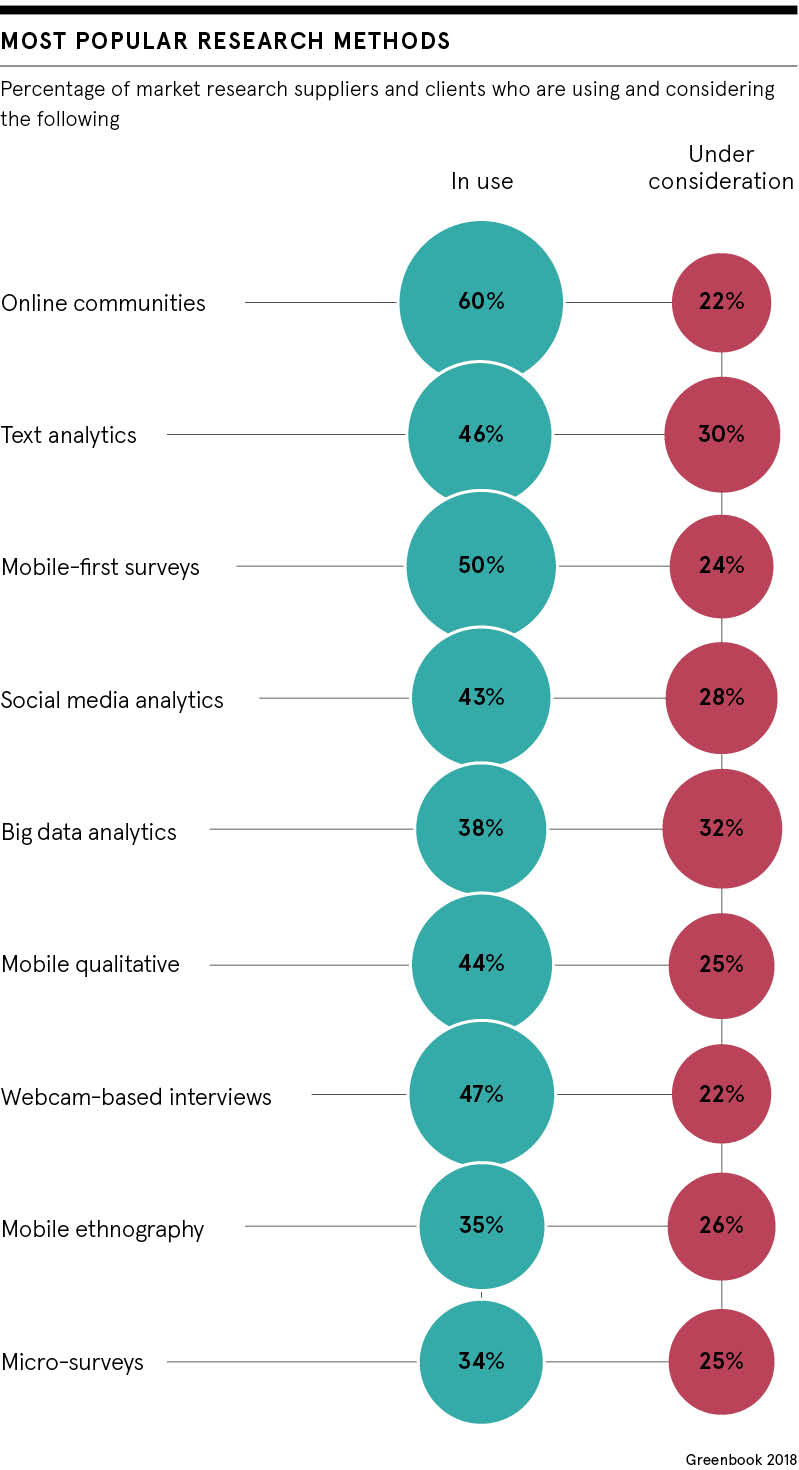 So could data science ever replace market research in political polling? Ipsos MORI’s Mr Page does not think so. “Analysing Twitter or Facebook has not proved more accurate than representative samples of the public and often less so,” he says.

Opinion polls have largely remained accurate over the last 60 years and an Ipsos MORI telephone poll was the most accurate forecast of the European elections in May.

“At the same time, data science and data modelling has a huge contribution to make. The extra granularity of the insights that data science brings is hugely important,” Mr Page concludes.