Recently there’s been an explosion in data and the research industry is now awash with the stuff. Automation and advances in computing power have allowed faster, cheaper analyses of a wider range of sources, delivering insights to clients in ways that weren’t possible in the past.

However, this is only true in the developed world and in emerging economies the situation is still quite different. “These markets have one thing in common – a lack of quality information. There’s a lot of data published, but how reliable it is, is anyone’s guess,” says Peter Snell, chief executive of Ipsos Business Consulting. “In most cases you need boots on the ground to get a clear picture of the real situation and validate everything.”

In developed economies, researchers are spoilt by the amount of reliable consumer, business and brand data available. In particular, the UK and United States lead the way in terms of openness, reporting and reliability. It’s a rich treasure trove for the business intelligence community.

“The problem is with less developed economies. Companies themselves are not required to provide the same volume of information, very often the veracity of that information is not checked and markets are researched far less deeply or frequently. As a result, the need for better market intelligence is often most acute in those countries where the growth prospects are most enticing,” explains Nick Cooper, executive director at Landor Associates. 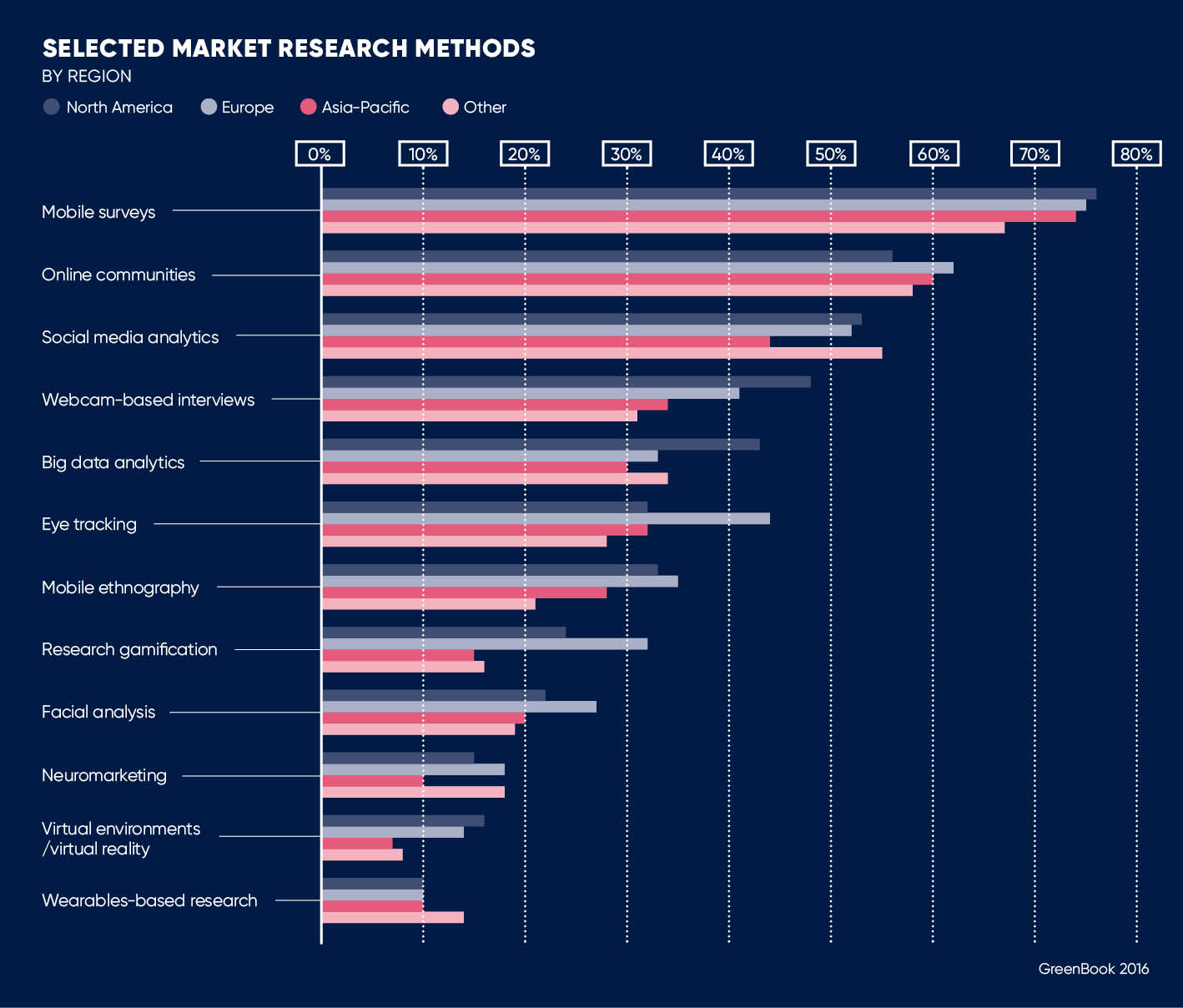 It’s an issue when emerging markets are expected to contribute about 60 per cent to global GDP growth up to 2021, according to an International Monetary Fund forecast. China alone currently contributes to more than 30 per cent of global growth, trumping the US. Not surprisingly opportunities for human-driven insights are increasing in these markets.

“The role of the human in this process is still strong; typically automation might account for around 80 per cent of a solution, but experienced professionals are vital to realise the full benefits. Local knowledge of different markets is best delivered by humans. Technology should be used to augment and enhance our human skills to listen more closely to customers or employees and make us better decision-makers,” says Nick Millman, managing director at Accenture Analytics.

As new markets open up from Myanmar to Nigeria, the existing globalised models rolled out by the big buyers of research – multi-national brands – are also proving inefficient and insufficiently relevant to the needs of local consumers.

“Even established and sophisticated businesses such as Unilever or Reckitt-Benckiser are locked in a constant struggle to balance ambitions for their global ‘drive’ brands versus the in-market success of their ‘local jewels’,” says Mr Cooper. “However hard they try, the local jewels keep on delivering.”

At the same time technology, more than any other influence, is having a levelling affect across developed and developing markets when it comes to the insight economy.

“A teenager in Seattle has more in common with a teenager in Shanghai than either of them have with their parents. There’s little distance between teens around the world. They all use comparable smartphones, get exposed to similar user-generated media and play on similar platforms. Their parents are aliens in comparison,” explains Maziar Amirahmadi, chief executive of ABN Impact.

In fact, the proliferation of smartphones in emerging markets from India to China, Indonesia to Brazil is generating massive amounts of data. This is increasingly being harvested by researchers in these markets to help with decision-making, although the technique is yet to be commonplace.

“Take China, it has the greatest potential, but least amount of access. The data scene here is like no other in the world,” says Mr Amirahmadi. “Domestically, Tencent and Alibaba are the real pioneers of customer-driven digital services and the scale of data they hold on individuals is awesome and scary, depending on how you look at it.”

Successful companies from the developing world are also now moving out of their regional domains and looking at developed markets to fuel their growth. All of them require business intelligence. While Japanese and Korean brands are well known from the likes of Panasonic to Samsung, lesser known Chinese, Indian and Thai companies are also flexing their muscles overseas.

“They’re now looking to go the other way and launch their products into developed and other developing markets,” says Mr Snell. “We now have the situation where trade is both ways. The cost of failure is so high companies are increasingly realising the value of good decision-making based on solid facts. Market intelligence providers can look forward to growth in this area.”

The post-Brexit world could also be a boon for the market research industry. A more globalised UK will mean that a lot more insight will be needed on emerging economies to supplant trade with the EU. “The potential upside of Brexit is that many more companies will need to get a much deeper knowledge of further-flung markets to ensure their success in years to come,” says Mr Cooper. There’s no doubt the market for human-driven business intelligence has a future.