Using the cloud for business can create major advantages, from being able to scale IT resources on demand to launching new business models quickly. These advantages mean the cloud has become the go-to platform for adopting digital services in almost all organisations.

Take the example of European Tour chief technology officer (CTO) Michael Cole, who is using the cloud to develop what he refers to as the “tournament-as-a-service”. This approach helps his IT team deal with the transient nature of professional golf. Everything the team does involves a temporary build as they run a tournament for a number of days, they decommission services and then move on.

Mr Cole’s team stages and supports 49 professional golf tournaments in 29 countries across a hectic annual sporting calendar. Using the cloud for business across a series of data-led applications is helping his team to deliver a consistent technology experience quickly at every venue.

“Our employees can literally be anywhere in the world at any time, helping to stage, run and promote tournaments,” says Mr Cole. “So we need an ability where we’re able to make data accessible, wherever people are in the world, and the cloud gives us the degree of accessibility and flexibility to do that.”

But while the European Tour is using the cloud for business processes, there is still some way to go before on-demand IT is the norm for all enterprise applications. Analyst Gartner says that, while cloud is now the default platform for managing data, many businesses still use on-premise systems and some legacy technologies will remain long term.

That’s even true in the most technologically advanced enterprises. Mark Holt, CTO of transport specialist Trainline.com, says his firm is a heavy user of the cloud. It runs a data lake in Amazon S3 and uses the open-source tool Apache Kafka to move information around the business. However, some data resides on older platforms.

“We have bits of legacy technology floating around still, much like everybody else. That can be a little bit painful sometimes. We’re great when it comes to moving stuff to the cloud, but some of the legacy stuff that’s an issue for us includes datastores,” he says.

Yet Mr Holt is also a pragmatist. While small pockets of resistance remain, he believes it is sensible for his staff to focus their attention on using the cloud to develop game-changing innovations on behalf of Trainline’s customers, rather than spending too much time on removing every trace of legacy technology from the business.

Legacy systems aren’t the only factor; governance is another concern for IT chiefs who are using the cloud for business. Gary Foote, chief information officer (CIO) at Haas F1 motor-racing team, says his firm uses the cloud whenever it can and it has adopted Microsoft’s Azure platform. But he says there’s still a lot of instances when the firm chooses not to use on-demand services.

“Our strategy is about being cloud sensible; we use the cloud where it makes sense operationally,” he says. “Part of the challenge we have is that some of our workflow is restricted by the sport. The public cloud doesn’t lend well to that model; it’s quite hard to get the metrics out that you need to be able to report back in regard to governance.”

Mr Foote says the team has recently gone out to tender on a communications matrix. This infrastructure includes multi-path redundancy and dual last-mile networking. He says this approach will help the team to boost resiliency and might allow his firm to start putting more critical services in the cloud.

Choosing a cloud provider that’s right for you

The complex mix of cloud solutions and internal datacentres in many enterprises means the right cloud strategy involves a careful balance of priorities. While there are significant benefits from moving to the cloud, getting the best approach means focusing on the main concerns for the business over the long term.

Rana Bhattacharya, CTO at Atom bank, the UK’s first mobile-only bank, is using Google Cloud to help support rapid delivery times. Mr Bhattacharya says one of the best-practice lessons from his firm’s implementation of the cloud is the importance of developing internal capability to support new ways of working. 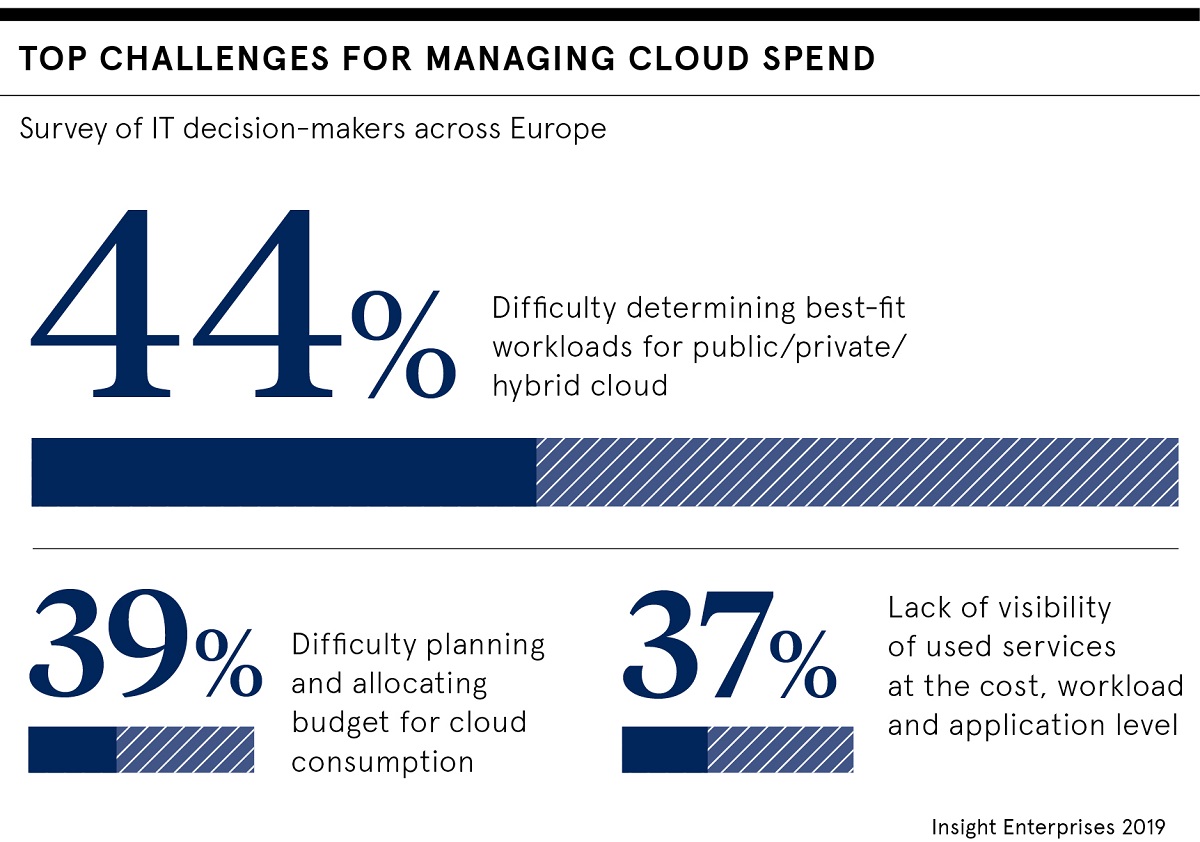 “Making sure we had the talent available was a big piece for us,” he says. “This journey is not just about technology, but also about people and culture. Basically, we want to be controlling our own destiny, and we don’t really want to be beholden to consultancies and third-party agencies.”

“In my team, you’ll find some very skilled individuals, but perhaps more skilled around legacy systems,” she says. “I think it’s about taking the step as quick as you can to secure the right expertise to get you the right recommendations. I’m no cloud expert and, therefore, I’ll go and seek the right people to give me that.”

Using the cloud for business, therefore, involves a significant amount of management effort, both in terms of dealing with internal expectations and choosing a cloud provider. Yet the good news, as Dubai Airports CIO Michael Ibbitson reports, is that going on demand is helping CIOs create a meaner, leaner IT capability.

“The transition to the cloud has allowed us to reinvest our people’s time, so they’re working with data to solve problems, rather than working with email systems and print servers and all that boring stuff that is the generic IT stuff every company has,” he concludes.