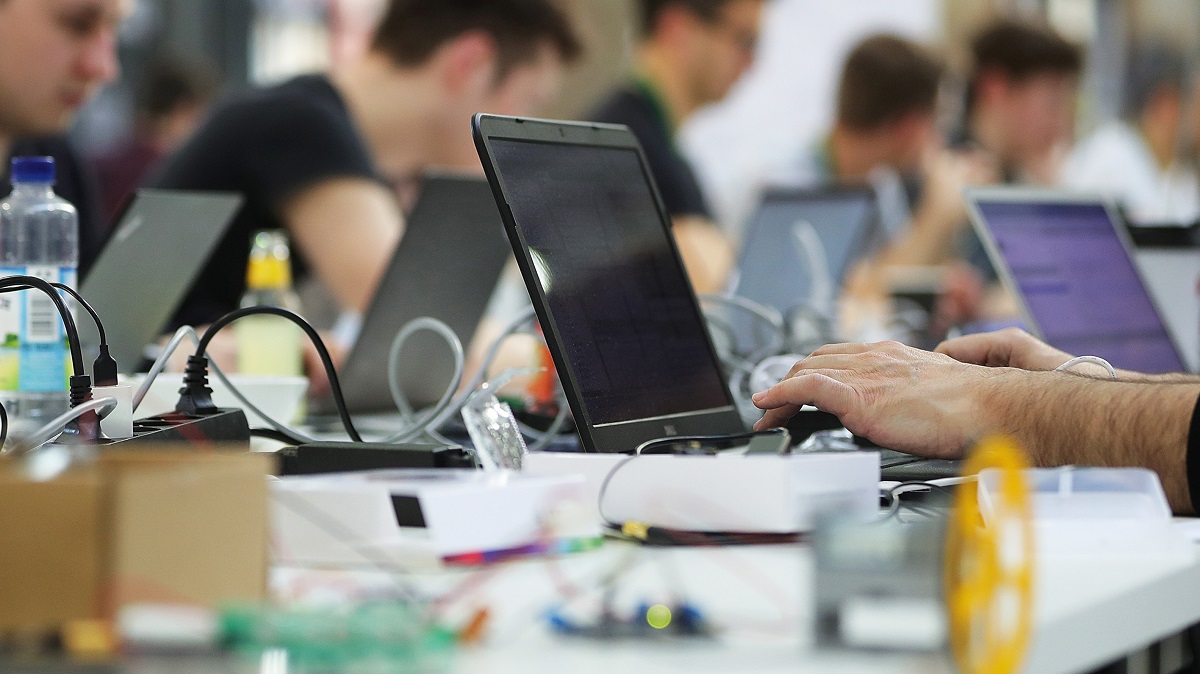 Have you typed in a Google search today? Shared a file on Dropbox? Used an Android phone or just looked at a friend’s image post on Facebook? If you’ve done any of these things then you’ve already benefited from open source technology, where priority is given to free software that can be seen and worked on by anyone with an interest in making it better.

At its inception in the late-nineties, the concept of open source was viewed by businesses with a mix of distrust and bewilderment. After all, why would a company simply give away tech infrastructure that could give it a competitive edge and open itself up to security issues at the same time?

“It’s only recently that it has started to gain ground in the enterprise mainstream,” says Stephan Fabel, director of product at open source specialists Canonical. “Previous hesitance was often down to a poor understanding of open source tools, and a fallacy that it is both unsupported and lacks the necessary security and compliance for commercial use.”

However, over time there has been an awakening that open source technology provides a space for companies to collaborate in a way that’s mutually beneficial.

“What was one just the tool of disruptive companies is now being relied on by more traditional organisations, who are increasingly pushing their developers towards this ecosystem,” explains Mr Fabel.

Google’s Android is based on the open source Linux operating system and the tech giant is one of the top contributors to the Linux kernel, the largest open source project in the world with a staggering 13 million lines of code.

In 2016, Microsoft announced that SQL Server, its corporate data software, would run on Linux as well as Windows. This is truly a measure of how far the concept of open source had come – in 2001 former Microsoft chief executive Steve Ballmer infamously called Linux a “cancer that attaches itself in an intellectual property sense to everything it touches”.

What businesses, big and small, have come to realise in those intervening years is that open source technology promotes progress and the collective approach to innovation is having a significant impact in areas such as cloud computing, artificial intelligence (AI), machine-learning, microservices and blockchain.

One of the most exciting projects to come out of the open source revolution is Kubernetes, a tool helping companies running their software on cloud services. It enables them to get the most out of the processing power they’re paying for by identifying machines that are being underutilised. So, if the software detects that a machine is not being optimised, it will load it up with another task so it’s working as hard as it can.

In doing so, Kubernetes helps companies harness processing power and run their software more efficiently no matter how many machines they have and no matter how many competing cloud services they’re using. This is especially useful for companies without a refined IT service as it makes managing commercial software cloud servers much less of a headache.

These abilities are all underpinned by open source code so it enables a company to build a system tailored to their needs, which will evolve as it becomes more successful and expands its operations.

Originally open sourced by Google in 2014, Kubernetes has remained relevant technology because of the open source community that supports it and it’s consistently one of the top projects on GitHub, the open source cloud server used by developers to store and manage code.

Twitter, Huawei, Intel, Cisco and IBM are just some of the businesses that have been involved in its development over the years thanks to the fact that Google donated it to the Cloud Native Computing Foundation, a collective of open source development advocates.

“The beauty of open source licensing and governance models are they allow people to collaborate on them and promote a meritocracy of ideas within these projects,” says Stephen Watt, distinguished engineer and head of emerging technologies at Red Hat, which contributes to more than 450 open source products.

“This has the by-product of reducing redundant efforts, striving for the same outcomes and providing the opportunity for the best minds to collaborate on the same project. You only need to look at the business impact of Linux, big data platforms and Kubernetes to see how open source is out-innovating alternative and proprietary models of software development.”

The most striking recent example of this is TensorFlow, Google’s AI framework, which was open sourced in 2015 and has since been downloaded more than 40 million times.

Of course, the decision to open source TensorFlow wasn’t purely altruistic as the proprietary software that drives it was held back. However, the software released was enough to allow companies and developers to build applications that rely on machine-learning, and in doing so TensorFlow grew stronger and more robust as the open source community found different uses for it.

Since launch, it has been used by researchers to detect breast cancer and forecast earthquake aftershocks, by developers to build apps to help reduce obesity and diabetes, and by businesses from eBay to Airbnb to enhance the user experience.

Red Hat’s Mr Watt believes that it’s this kind of collaborative approach that will drive future tech breakthroughs. “I think society has yet to discover a better way to bring the brightest minds together and encourage them to collaborate in an open manner to produce these types of breakthroughs,” he says.

Critically, there must also be continued collaboration between every beneficiary of open source technology, from tech industry giants to individual users, for open source to remain a friction-free innovation model that isn’t just the playground of those who are well funded.

From its Linux origins to the advances in machine-learning that are currently being witnessed, open source tech is enabling innovation at an astonishing rate that will only increase as more and more interested parties accept it.

As Mr Watt concludes: “The era of open has arrived and companies that evolve and embrace it will play important roles as co-creators.”

'Building the road as we travel across it'

One of the most interesting and controversial projects currently utilising open source technology is OpenAI, a research company with some heavyweight investors. Elon Musk, Reid Hoffman and Sam Altman are just some of the big names backing the San Francisco-based lab in its mission to create artificial general intelligence software in the safest environment possible. OpenAI has made its research in areas as diverse as computer vision to natural language processing open source and it’s in this last area that it has recently raised important questions regarding the fine ethical line open source tech must tread going forward between innovation and misuse. GPT2, OpenAI’s most recent software, is a text generator that was found to be so good – “generating text of unprecedented coherence”, according to the company – that it decided not to open source the framework for fear it could be used maliciously in the generation of spam and fake news. “We need to perform experimentation to find out what they can and can’t do,” says Jack Clark, OpenAI’s head of policy. “We’re not saying we know the right thing to do here; we’re not laying down the line and saying ‘this is the way’. We are trying to develop more rigorous thinking. We’re trying to build the road as we travel across it.”