The cloud is a small business’s best friend, with its power and reach developing all the time, offering a greater range of services 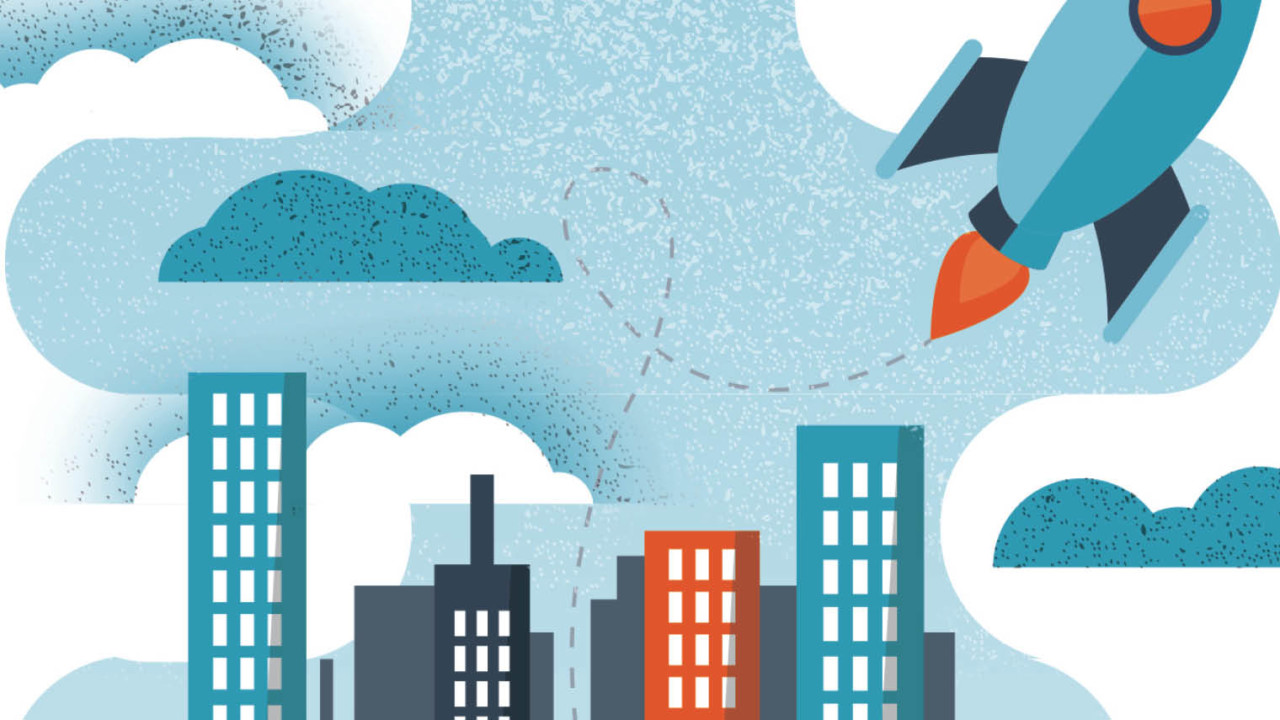 Uber and Airbnb are often exalted as case studies of global startup mastery. Both are valued in the multiple billions of dollars and, such is their success, have created a new genre of business – the so-called sharing or “access” economy.

But these businesses would be nothing without the technology upon which they operate. Without cloud computing delivered via software as a service (SaaS) they would have remained concepts, nice ideas with no realistic prospect of traction.

“Both companies leveraged cloud technologies to expand their computing power and scale, including online payment processors and cPaaS [capacity-planning-as-a-service] solutions to notify their users via text of arriving drivers and reservation confirmations,” says Carlos Aragon, director at GENBAND. “The costs of having to build all of this functionality in-house would have killed their business models before they were even born.”

Indeed they would. Airbnb achieved lift-off in 2008 with just $50,000 of capital. In 1995, leading tech providers like IBM offered a hard drive with one gigabyte of storage – enough to house about 25 songs – for $3,000. Before the cloud, in other words, the numbers just didn’t stack up.

In layman’s terms, the cloud enables startups and small businesses to compete on a global footing. Instead of investing heavily in infrastructure and hardware, they can switch on services and scale them as operations grow.

“Cloud services are instantly available, can scale with needs and are maintained using professional standards,” says Peter Moore, chief executive at Lolly. “They allow small firms to focus less on managing and maintaining operating systems and hardware, and more on driving greater efficiencies and streamlined processes for customers.

Startups and small firms, as well as corporates, have been quick on the uptake. A new study of 250 small businesses by the Cloud Industry Forum shows 82 per cent of companies with fewer than 20 staff use at least one cloud service. In the same survey last year just 54 per cent did so.

More than seven in ten respondents said they would increase their reliance on the cloud in the next 12 months and 8 per cent have moved their entire IT platform into it, with a further 62 per cent expecting to do so in future.

Dan O’Mahony, enterprise and cloud solutions architect at KYOCERA Document Solutions, says the array of services and tumbling prices have made the case for the switch. Market leaders such as Amazon, Google and Microsoft have started using the cloud as bait to entice new customers, instead of a profit centre in itself.

“The ‘race to zero’ will be an interesting one to watch,” he says. “Amazon has led the way with five price cuts since launching their service, and both Google and Microsoft are following suit. It will be an interesting development in the industry should a cloud provider give away the platform in return for signing up for other services.

“Microsoft and Google, for example, seek to entice users to the cloud by bundling storage in with their cloud-based office products. Competitors, such as Box and Dropbox, will need to be innovative with their product set to compete in the marketplace – this will mean more products and lower prices, which can only be good for small business.”

But the cloud is much more than storage. Skype has dropped the cost of international calls from several pounds a minute to mere shekels. QuickBooks allows accounting on the go, with co-ordination between accountants and client business. Evernote has removed the need for a filing cabinet.

Then there’s Slack, the revolutionary communications and workflow app that co-ordinates teams and makes working on a project by multiple groups much easier. And of course there’s Office 365, which for an annual fee automatically upgrades to the newest version, and the Google Apps universe of problem-solving tools.

So is there a downside to the cloud for small businesses?

The quick answer is, not really. The old privacy concerns of five years ago have partly been ironed out by the entrance of global players with multi-billion-dollar security budgets, says Eva-Maria Dimitriadis, chief operating officer of C5 Accelerate.

“No matter how much you invest in security, you cannot invest as much as large players like Amazon or Microsoft,” she says. “So if you are hosting your workloads on their platforms, you get the benefit of their spending in this area.”

One potential risk centre is the challenge of adapting to the cloud and bringing staff with you, especially if they are married to traditional ways of working. Again, this is minimised by the fact that so many consumer-facing apps are cloud-based and anyone with a smartphone is probably already accustomed.

Jacob Doherty of Doherty Associates says: “Features such as real-time collaboration, where multiple users can work on the same document simultaneously, are unavailable until everyone’s document is updating at the same time.

“Cloud working is a new way of working, and your people will need training and potentially encouragement to embrace a new approach, particularly if they are used to a methodology which they have been using for a number of years.”

Cost might become a problem too, says Kamal Anand, head of A10 Networks cloud business division, especially if they are not managed closely.

“The biggest area to be careful about and track is cost, making sure the ease of accessing and scaling infrastructure does not make the costs spiral up. So, having good governance around cost-monitoring and management is critical.”

But it’s clear that corporates now have as much to fear from unheard of startups in the cloud as they do their biggest and most-established rivals.

Richard Prime, co-founder of Sonovate, contract finance providers for recruitment agencies, says: “My business partner Damon Chapple and I run our business from two separate locations – I’m in London and Damon is based in Cardiff. Flexible working is therefore essential and plays a central role in how we operate. “We’re growing rapidly, increasing our headcount from 25 employees at the start of 2016 to 116 today, and I need to ensure we can continue to attract the best talent to maintain this growth. Offering flexibility is key to attracting and retaining talent, especially as the workforce is increasingly mobile and dispersed. “For all these reasons Sonovate is largely cloud-based. The team can operate from multiple locations, but remain in constant contact, hold meetings and share information at the drop of a hat. We use applications like Google Hangouts for meetings, including our weekly board meeting, and Trello to ensure that team members are aligned. “We make sure employees can access and work with the same files in real time so collaboration on projects is easy, whether they’re in Cardiff, London or working elsewhere. “This kind of flexibility works well for our business. It’s a great incentive for our employees and it means that regardless of where I am, where Damon is or where our employees are based, productivity is always maximised. “Sonovate’s product has been successful and growing our team has been key to meeting demand. Being cloud based has enabled us to scale incredibly quickly; we wouldn’t have been able to do so with minimal fuss were it not for all our systems being easily accessible. “Our product is also cloud based, so set-up is instant for customers. As a result we’ve been able to roll it out quickly and become