As the NHS approaches its 70th birthday next year, it is in a precarious position. While the Commonwealth Fund health think tank recently declared it the best and safest healthcare system among 11 wealthy countries, budget and staffing restraints mean the organisation is what the Care Quality Commission refers to as “straining at the seams”.

Improving efficiencies and boosting patient care in the face of a financial deficit is no easy feat. People are living longer, but not necessarily healthier and the NHS is under constant pressure to cut costs while improving services. But armed with a wave of new innovations, the NHS is committed to giving UK healthcare a digital transformation.

For example, the NHS Business Services Authority (NHSBSA), an arm’s length body of the Department of Health that provides support services to the NHS, has created £581 million of savings for the NHS by uncovering new efficiencies through data analysis.

To help reduce the financial burden on the health system, the NHSBSA has set itself the goal of delivering £1 billion in savings for the NHS to reinvest in patient care by the end of 2018. It has formed an analytics lab to consolidate its data and uncover new opportunities.

“The NHS sits on billions of data points that have the potential to deliver tremendous value to the wider healthcare system in the UK when combined and analysed effectively,” says Nina Monckton, chief insight officer at the NHSBSA. “Since deploying the Oracle Exadata database machine two years ago, we have been able to uncover cost-savings that will allow the UK healthcare system to invest even more funds into providing the best possible care.”

Big data is also being harnessed to tackle preventable diseases such as type 2 diabetes, which costs the NHS £8.8 billion a year. Pooling patient data to determine patterns between lifestyle choices and certain diseases has the potential to reduce the pressure on the overstretched healthcare system by predicting and preventing illness.

In Salford, for example, one in ten men over the age of 60 has diabetes. Salford Royal Foundation Trust and Salford Clinical Commissioning Group, which plans the city’s healthcare services, have partnered with Japanese conglomerate Hitachi on an integrated electronic records system that predicts which lifestyle trends are most likely to lead to the development of diabetes, such as obesity. Using technology to pool patient data is enabling those at the greatest risk of developing type 2 diabetes to be identified and proactively encouraged to make healthier lifestyle choices.

NHS Blood and Transplant has worked with digital consultancy T-Impact to improve and automate its process for matching donated hearts with recipients, which has resulted in the world’s first allocation of a heart using a cloud-based system. The new technology has enabled organ allocation decisions to be made 300 times faster, from 30 minutes to six seconds.

The streamlined process has removed 40 steps that were performed manually by staff, creating a 68 per cent reduction in NHS administration time. “These are the sort of improvements that well-run digital transformation programmes can deliver,” says Keith Stagner, chief executive of T-Impact. 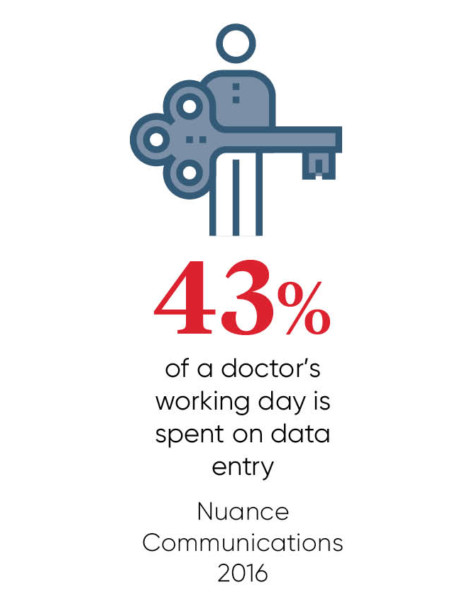 Conversational virtual assistants in the form of artificially intelligent (AI) chatbots are also primed to make a significant impact on the NHS, supporting doctors to work more effectively and allowing patients to self-serve in healthcare. Recent research from Nuance Communications revealed that 43 per cent of NHS trusts are investing in AI, enabling patients to self-help when accessing services.

For the NHS to increase its own life expectancy, it’s clear that digital innovation should be at the heart of its operations and driving the efficiencies it so desperately needs

The NHS’s newly launched Start4Life will provide 24/7 support and answers for mothers when breastfeeding. The chatbot, which can be accessed through Facebook Messenger, not only provides new mothers with information when they need it, but also relieves pressure on 111 calls and GP surgeries, where mothers would typically seek this advice.

In 2013, NHS England established 15 regional organisations to spread healthcare innovation by connecting NHS and academic organisations, local authorities, the third sector and industry. One of those organisations, Eastern Academic Health Science Network, has worked with the Hertfordshire Partnership University NHS Foundation Trust (HPFT) to implement CoachBot, an AI-powered chatbot that offers bite-sized coaching to staff at a time that suits each individual.

The primary care teams at HPFT work across Hertfordshire, Buckinghamshire, Norfolk and Essex with various shift patterns. By using CoachBot, which is designed by analytics startup Saberr and will roll out to 64 staff members over a 12-month pilot period, employees within HPFT’s primary care teams can support team development without taking long days away from patient care for courses.

“We’re keen to employ innovative technologies like AI to support health and care professionals, and NHS England has recently announced that it plans to invest more of its £120-billion budget in AI to speed up its application to medicine and the health service,” says Stacie Coburn, principal adviser at Eastern Academic Health Science Network. “The more effectively teams work together, the greater the performance output and the greater the care provided to service users.”

While it’s clear that digital transformation is essential to improving healthcare and easing the strain on the NHS, a lack of awareness is holding back progress. Ordering repeat prescriptions online is estimated to save GPs five and a half hours a week, but only 11 per cent of NHS patients currently do so and just 30 per cent are aware of the service. 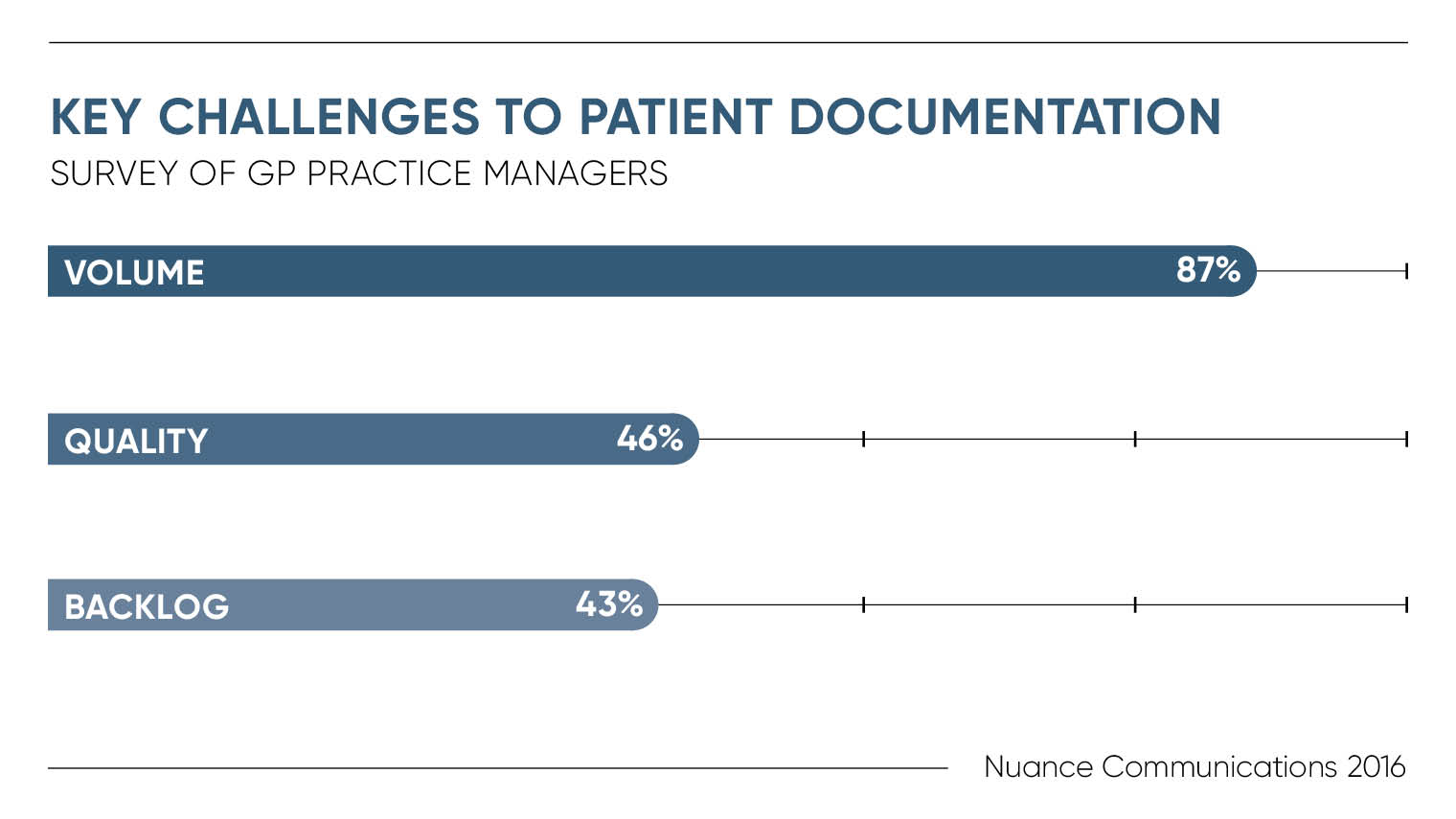 “Our dispensing hub in Leeds is already capable of dispensing up to one million prescription items each month,” says Mark Livingstone, chief executive of Pharmacy2U, a founding partner of the NHS Electronic Prescription Service. “This use of technology is saving the NHS between 27 per cent and 44 per cent compared to the average bricks-and-mortar pharmacy, and saves patients an average £147 a year on transport and costs associated with arranging and picking up repeat prescriptions.”

Security is also a major problem as a growing reliance on computer systems runs parallel with an ever-evolving cyberthreat landscape. In May, the IT systems of 61 NHS trusts were significantly derailed by a ransomware strain called WannaCry, leading to some hospitals telling people not to attend A&E unless it was a serious emergency.

Research released by NCC Group several months before the WannaCry attack found that nearly all NHS trusts in England were recently affected by a ransomware attack, which restricts access to systems and demands a ransom to restore access. Of the 29 NHS trusts that agreed to answer a freedom of information request, 28 confirmed they had suffered a ransomware attack in the previous year.

Dr May Ng, a consultant paediatrician and paediatric endocrinologist at Southport and Ormskirk NHS Trust, says there is an overwhelming reliance in the NHS on spreadsheets. “Data is commonly being stored this way and accessed across shared networks. Such an approach is inherently unsafe and does put trusts at risk of data breach,” says Dr Ng.

Cybersecurity issues must be addressed, starting right at the top levels of the NHS. However, this must not slow the rate at which digital transformation is being implemented across healthcare services. For the NHS to increase its own life expectancy, it’s clear that digital innovation should be at the heart of its operations and driving the efficiencies it so desperately needs. 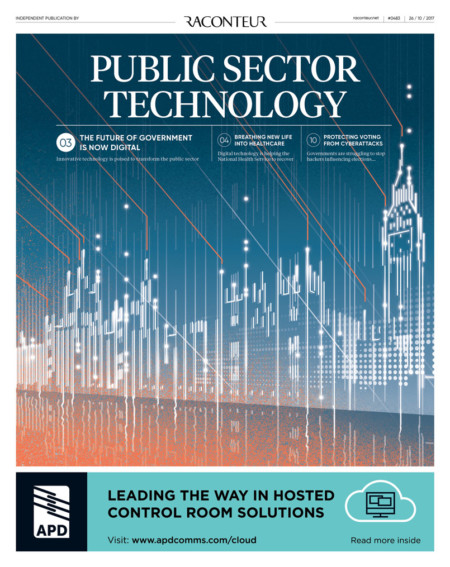