For many customers, the cost of bank-to-bank money transfers is usually governed by a number of factors, including expensive transaction fees, uncompetitive exchange rates and the limits of geography. According to a recent World Bank study, the average cost of a single bank transaction for private clients can be up to 5.5 per cent of the transfer amount. International money transfers can also take up to five working days. While the nature of money transfers has remained unchanged, companies such as Ripple, which sells a cryptocurrency called XRP, are taking advantage of using digital tokens to speed up the process while reducing costs. Ripple, which is based in California, has created a $300-million fund that will pay companies to use XRP for transferring money across international borders.

The company recently announced the launch of another programme, known as Xspring, which will pay developers to code software with a focus on using XRP. Earlier this year, several leading money transfer companies, including Western Union and MoneyGram, announced they are working on pilot programmes using XRP. Cryptocurrencies have also provided traditional money transfer companies with an opportunity to diversify their incomes. Earlier this summer, UK-based TransferGo began to offer cryptocurrency trading to its customers in the form of buying and selling five major cryptocurrencies, including bitcoin, ethereum and litecoin. Founded in 2012, TransferGo says it currently has more than 600,000 registered users. The company is partnered with 30 banks. 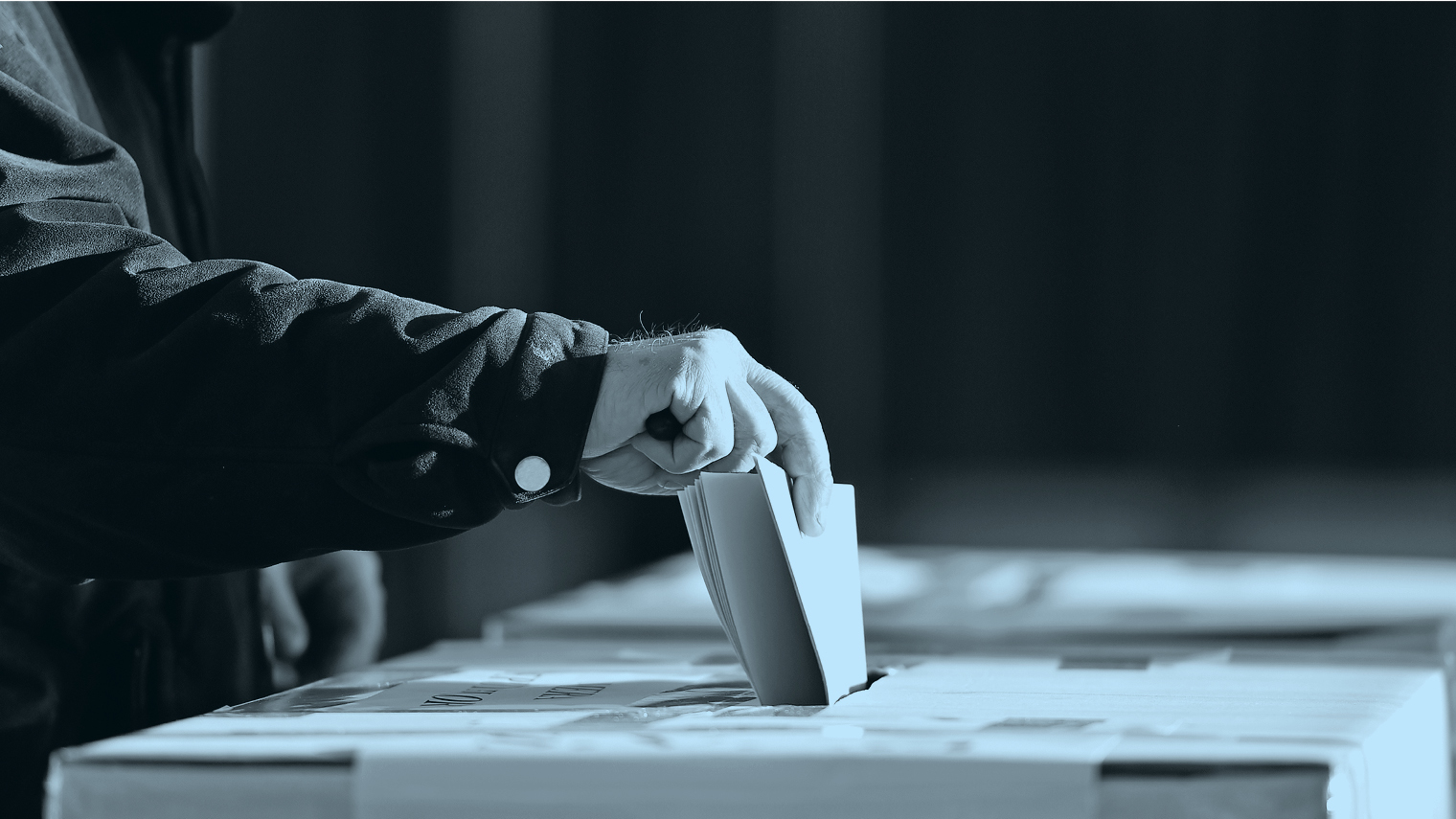 Cryptocurrencies such as bitcoin and litecoin may have changed our perception of money, but their impact has been far reaching in other, less obvious, areas such as non-profit organisations trying to preserve and increase voter participation in democracies. A new startup called Sovereign, launched by a group called Democracy Earth, uses blockchain technology to give users more flexibility in how they cast their votes. The practice is described as a kind of “liquid democracy”, which allows voters to express their opinions on any particular issue and then delegate their vote to someone they think is better placed to decide on their behalf. In turn, other participants can also pass their votes across the chain. Sovereign uses existing blockchain platforms such as Ethereum and produces a finite number of tokens it calls “votes”. These are then assigned to registered users who can vote as part of organisations on a network of, for example, political parties or companies run as co-operatives.

Voters use an app to see votes in their accounts and debate issues with each other before deciding which way to vote. A single vote takes one tap and more votes can also be assigned to a single issue. A possible drawback of the technology is that all transactions on the blockchain can be viewed by other users. Sovereign says, however, that some blockchain technology providers have found ways to ensure anonymity. Sovereign will become widely available to the public at the end of 2018 and was successfully trialled in an unofficial digital referendum in Colombia last year. 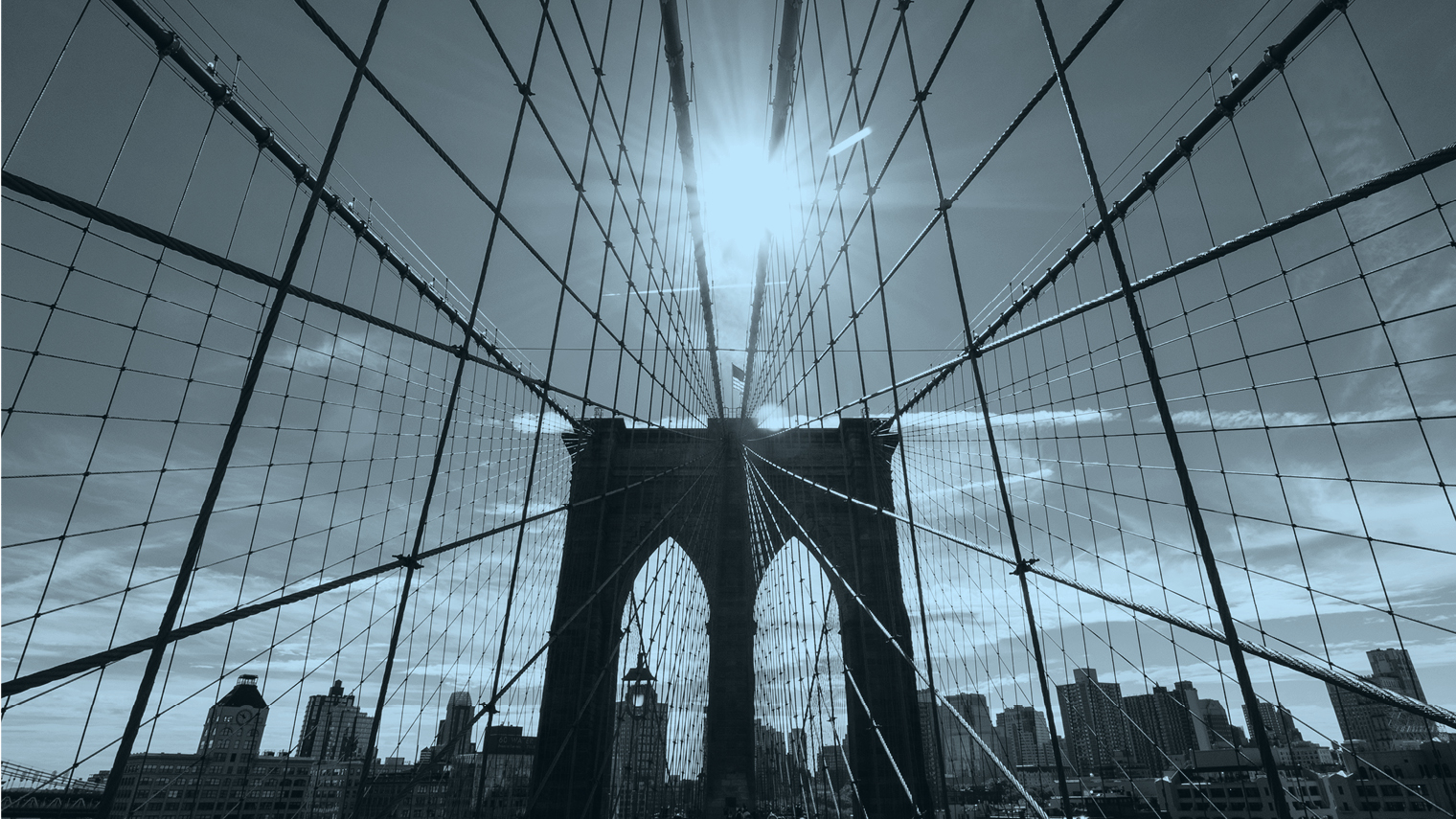 A major advantage of decentralised database technologies is evidenced in Brooklyn, New York, where a promising project has seen dozens of homeowners collaborate to install solar panels as part of a standalone network. The Brooklyn Microgrid is run by technology startup LO3 Energy, and enables residents and businesses to become self-sufficient for their energy, while giving them access to a trading platform where they can sell excess electricity to other buyers in the group. Brooklyn Microgrid has around 50 participants, but its modest beginnings are part of a larger idea to create a countrywide peer-to-peer energy trading system using blockchain technology.

Organisers hope the grid will enable users to bypass utilities companies, which would benefit the environment, and build a secure supply chain that could function even in extreme conditions such as in the hurricane season. Across the world, companies like LO3 Energy are building new blockchain networks that maximise decentralised energy systems and work with existing grids or, in the case of remote locations and emerging economies, avoid the need for them. In Australia last year, Power Ledger announced the launch of a blockchain-powered electricity trading market for a housing community in Perth. In Bangladesh, where an estimated 65 million people currently lack access to power, ME SOLshare has been using rooftop solar systems to build a trading network. Consumers can sell their excess power, which is purchased by homes and businesses in small amounts using a mobile phone. 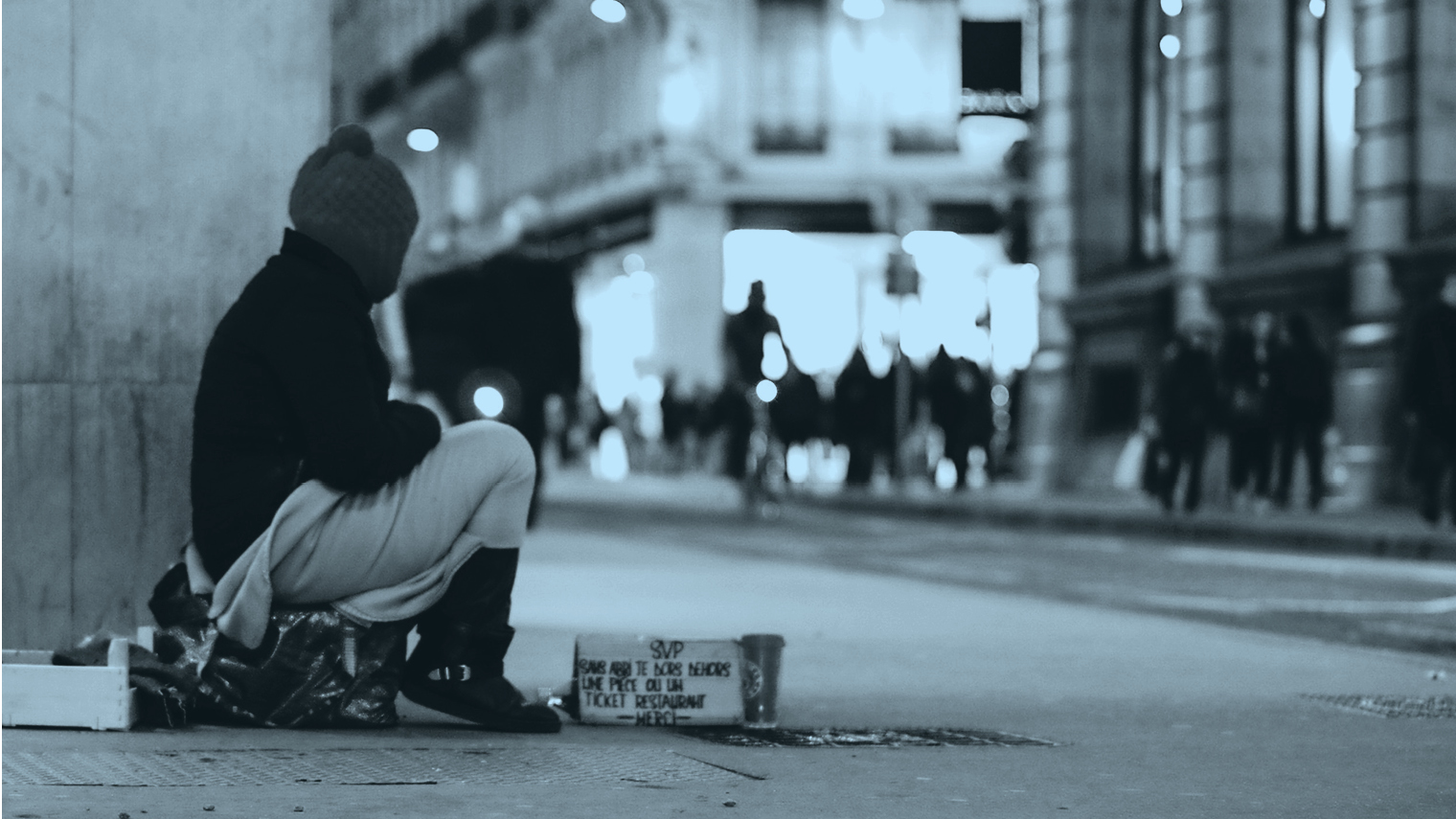 One of the most socially conscious uses of blockchain technology can be seen in how cities are trying to ease services for homeless populations. Using $5 million from a grant awarded by the Mayor’s Challenge programme and sponsored by Bloomberg Philanthropies, Austin in Texas is currently piloting a new blockchain platform to consolidate and verify the identity and other vital records of each homeless person. Austin is currently home to some 2,000 homeless people with several thousand more residents in various stages of access to unreliable housing.

Administrators hope the city will be able to replace paper records such as social security cards, which can be lost or damaged, with electronic encrypted records. The MyPass programme will enable social services workers in the field to use a mobile device to verify the identity and circumstances of a person without having to bring the individual into an office for processing. MyPass will also improve the ability of government and private homeless service providers to offer more integrated and comprehensive help. The blockchain-powered records will verify identities and store records of previously received aid, as well as details of physical and mental care. 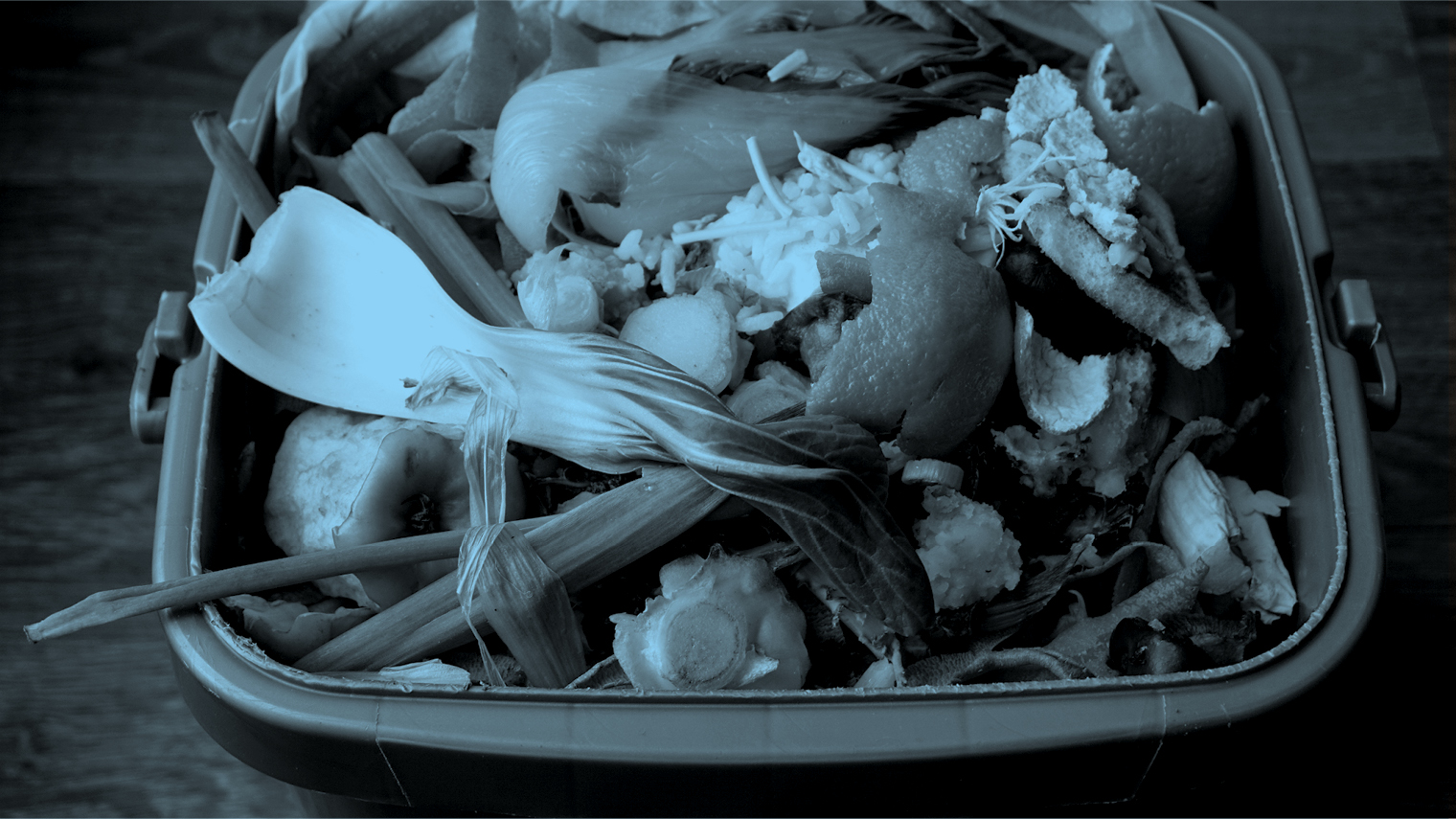 Another area where blockchain technology is playing a crucial role is in limiting food waste. A recent report by the Boston Consulting Group warned that the response to food waste was often inadequate and the amount of food thrown away or lost each year will rise by a third to 2.1 billion tonnes by 2030. The United Nations Food and Agriculture Organization estimates that some 815 million people suffered from chronic undernourishment in 2016. To alleviate the problem, IBM  launched a blockchain-based food traceability platform with retailers, wholesalers and suppliers. The IBM Food Trust platform helps companies track the path of food products through the entire supply chain and across borders. It verifies products that have been digitally certified as organic or fair trade, and gives growers the ability to upload and manage their product information.

The cloud platform is available to anyone in the food supply chain and has been adopted by the French retail giant Carrefour, which operates 12,000 stores in 33 countries. Other large adopters include multinational companies such as Nestlé, Tyson Foods and Unilever. The platform may be of particular value to the food industry in identifying and locating products that are subject to recalls, a process that is usually expensive and time consuming. Pricing for the platform begins at $100 a month and is tiered for small, medium and large businesses.