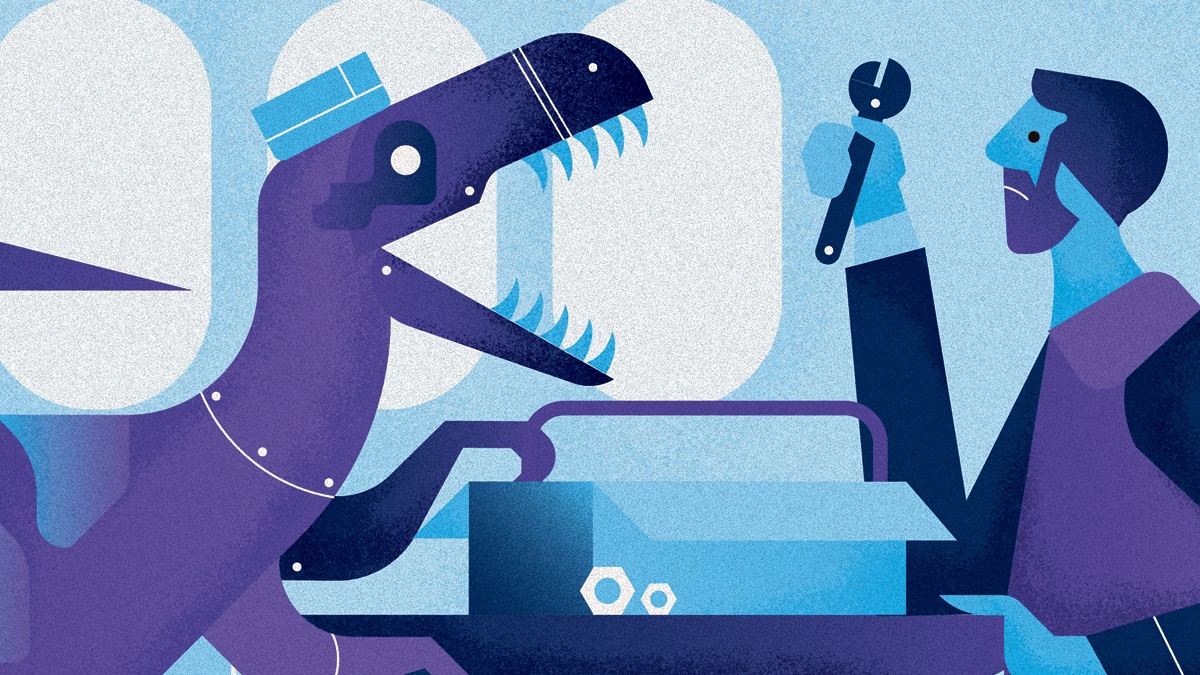 Until last year, if you had checked into the Henn na Hotel in Japan you’d have had a staff of 243 robots at your disposal. From the nodding velociraptor and humanoid “manning” the front desk, to the recycling bin droid that roamed the corridors and the chatty in-room artificial intelligence (AI) concierge, the world’s first robot hotel even had mechanised fish swimming around a tank in the lobby.

The Henn na, which loosely translates as “strange”, opened in Nagasaki in 2015 with a whirlwind of publicity. It was seen as a template for the future. A robot-staffed hotel could offer a fun and original experience for guests, while providing huge savings on staff costs for hotel owners.

“From an operational costs point of view, it was quite a brilliant thing,” says Dr Nick Naumov, senior lecturer in tourism and hospitality management at the University of Northampton and visiting professor at Meikai University in Tokyo Bay, who specialises in how AI and robots affect service quality in hotels.

“They started off employing 30 human staff for 140 rooms, which could be 300 guests. And when things went well initially, they brought that down to seven staff, which is a really good ratio.”

That this robot hotel originated in Japan, a nation which exports more industrial robots than any other and has long been ahead of the curve in robotics technology and innovation, chimed with the narrative perfectly.

Shortly after its opening, Henn na’s owner Hideo Sawada cited the country’s love of anime and manga robots as inspiration for the hotel. He went on to predict: “In five to ten years, this kind of robot hotel will spread all over the world.”

The company did open another hotel, at Urayasu in Tokyo Bay, and at one point had another eight robot hotels in the pipeline. But these plans never materialised and in January 2019 Henn na cut more than half its robot workforce.

At first guests had loved the novelty of the robot hotel experience and the colour it brought to their social feeds, but before long things started to go wrong. The robotic dinosaur and humanoid on the front desk could only speak one language each, English and Japanese respectively.

Later Mandarin and Korean were added, but that still left many guests wrestling to be understood, including a Scottish man, who documented his experience on YouTube. The robots also struggled with the different passport and identity-card formats and photocopying the documentation, so human staff constantly had to step in.

Guests grew frustrated with the in-room voice assistant called Churi. It could cope with basic commands, such as turning the lights on and off, but appeared primitive when asked more sophisticated queries, such as flight schedules or theme park opening times by guests accustomed to voice AI at a level offered by Google Home, Alexa and Siri. Churi would also confuse snoring as a voice command and issue a perky response that would wake guests up.

The hotel had to raise its staff count to deal with the escalating complaints, plus the robots themselves required an increasing amount of expensive maintenance. As Naumov says: “Just like any other tech, they needed regular servicing and constant software updates, and those things aren’t cheap.”

According to one hotel guest, following a visit in 2016: “About half the puppy-size lobby dancers appeared to be broken or in need of charging.” And after the hotel cut its robot workforce, a long-time staff member was quoted as saying: “It’s easier now that we’re not being frequently called by guests to help with problems with the robots.”

It’s not a question of whether customer service AI is valuable in a hotel setting, as it clearly is. But according to Dr Björn Schuller, professor of AI at Imperial College London, whose expertise includes affective computing, or the science of AI and emotion, what happened at Henn na Hotel reminds us to think about which applications AI is suitable for and which it isn’t: tech realism over tech optimism.

“Where a bot is most useful is not in place of a social context, but when you want precise information in as short a time as possible or to save you waiting for something,” he says.

Some of the most successful robots in hotels do just that, for example Hilton’s Connie, which employs IBM’s Watson AI software to provide personalised information about visitor attractions, restaurant recommendations and direct guests around the hotel. While other big-name hotel chains, such as the Marriott and Yotel, use robot butlers for speedy, but rudimentary, room service requests, such as fetching a towel, coffee or sandwich.

By using robots for room service and other entry-level tasks, such as cleaning and luggage transportation, which were both done by robots at Henn na, Naumov points out you improve efficiency, but also free up the human staff to welcome guests, handle complaints and deal with other crucial customer service needs.

“The human touch will never disappear,” he says, adding that human-centred service may become “the new currency of luxury hospitality in the future”. This could mean low-cost hotels running largely on service automation, robotics and AI with a skeleton staff, while expensive hotels retain a large, visible human workforce.

What’s the right kind of robot for a robot hotel?

There is also the question of trust. We might believe a human concierge is giving us the inside scoop on the best local restaurants or places to withdraw cash with a good rate, even if they’re not, but a robot would always put the hotel’s agenda first.

As Schuller says: “In the future a robot will always give you better information than a human, as they won’t forget things and they’ll be fully updated with the latest news, but then it becomes a matter of trust. A human can pretend they’re doing you a favour, even risking their job to do so, but we know a robot will always be on the company’s side.”

Unlike robot hotel Henn na’s front-desk humanoid, the Hilton and Marriott droids all look like typical robots, as imagined in 1980s films and TV, as opposed to human-like iterations, which some people find disquieting. In a low-cost hotel, we might not mind an unmanned check-in desk with facial recognition sensors, or to use our mobile phone as a room key, if it saves us time and money.

But to have a humanoid overseeing that function adds a layer of alienation to the experience that we might not have noticed otherwise.

However, the right kind of robot can become a star attraction. This happened in Belgium at Ghent, when Mario from the Marriott became a minor celebrity, visiting local schools, football clubs and even giving speeches at welcome and farewell events.

And with conversational AI set to get smarter and even more “charismatic”, according to Schuller, over the next few years hotels may be able to capitalise on this through creation of celebrity AI to attract guests and which could be combined with robotics technology.

As Schuller adds: “Once we have natives of socially and emotionally intelligent AI, this digitally advanced generation of consumers could have a whole different level of perception. Maybe they’d seek out AI with different personality attributes, famous AI for example, to give them kudos.” Just as long as the AI can spot the difference between snoring and talking.