Artificial intelligence or AI is the future of the legal profession. The good news for anyone worried by that statement is people have been making it for several decades. The first international conference on law and artificial intelligence was held in Boston in 1987, before the invention – let alone the mass use of – the worldwide web.

Despite the early enthusiasm the concept of computers taking over legal reasoning tasks from human lawyers has yet to become reality. Partly this is because artificial intelligence developed more slowly everywhere than the enthusiasts predicted. Another factor, according to Tony Williams, principal at the specialist consultancy Jomati, is the innate conservatism of the legal sector.

However, there is every sign that a combination of technological advance and market pressure is about to push law firms into the AI age. A recent study by Jomati, Civilisation 2030: The Near Future for Law Firms, points out that, after long incubation and experimentation, “technology can suddenly race ahead at astonishing speed”.

Mr Williams says we could be at that point with AI, particularly the so-called “knowledge bot”. One tipping point may be last year’s claim of an AI system passing the “Turing test” of being indistinguishable from a human in a two-way conversation.

“Professional services generally rely on a lot of data and information, and a relatively small amount of judgment,” he says. This makes them ripe candidates for the application of machine intelligence. In fact, professional services may turn out to be more suited to automation than menial factory or household labour.

AI-based systems are already making inroads into knowledge-based industries such as journalism. The Associated Press news agency plans to automate the writing of corporate earnings reports with an AI system called Wordsmith, which spots patterns and trends in raw data and then describes those findings in natural language. Similar systems could produce legal documents, carrying out many of the tasks given to paralegals and junior associates. Due diligence and litigation discovery software is already highly developed.

Mr Williams says the first applications are appearing in e-Discovery, where software “can alight on certain phrases, patterns of exchanges, massively more cheaply, but probably more thoroughly and effectively” than a human can. A computer is as fresh and alert at 2am as it was at nine o’clock the previous morning. Even if objectively the system turned out to be not as expert as a human, some types of law firms might find the trade-off acceptable for some types of cases.

A more sophisticated use of AI is in providing strategic guidance. By instantly trawling through records of past cases, a system can find the optimum percentage at which an increased offer would lead to a settlement.

This is not just theory. London firm Hodge Jones & Allen is already pioneering a “predictive model of case outcomes” to assess the viability of its personal injury caseload. The immediate spur was the Jackson civil litigation reforms, which drastically affected the profitability of personal injury cases.

To develop the model, the law firm provided Andrew Chesher, professor of economics and economic measurement at University College London, with data about the outcomes of 600 cases concluded over 12 months. He used a combination of statistical techniques to examine the factors contributing to which cases were won or lost, the damages that were received by claimants in successful cases and the costs received by the firm.

Factors examined included the claimant’s demographics, the nature and cause of the injury, the quality of the defendant’s solicitors, the level of solicitor handling the case, and the time between injury and instruction.

The results of the analysis were used to produce models able to predict the likelihood of cases being won or lost. The firm says these models are now being turned into Excel-based programmes that its inquiry team will use to help make initial assessments of the likelihood of a positive outcome for each case.

The firm stresses that it is not replacing human skills. Patrick Allen, Hodge Jones & Allen senior partner, says: “These models will not replace their experience and judgment, but will provide an additional aid to them in a world where it is no longer good enough to take a case on with a 50 per cent chance of success and where fees are restricted to a few hundred pounds.”

Firms pioneering such innovation are likely to be new entrants coming into the market as alternative business structures, Mr Williams says. New entrants will be looking for a competitive edge, have greater freedom than incumbents to design processes from scratch and have access to external sources of capital. Some of the early adopters may be accountancy firms who, ironically, are entering the legal market as a hedge against the threat of automation to their existing core audit work.

Some of the innovators will fail. But Mr Williams warns incumbents against complacency. “The biggest strategic risk facing any organisation is failing to listen to weak signals,” he says. “There have been a number of weak signals. We’d better start listening.”

RESEARCHING FOR A LEGAL ‘ROBOT’ 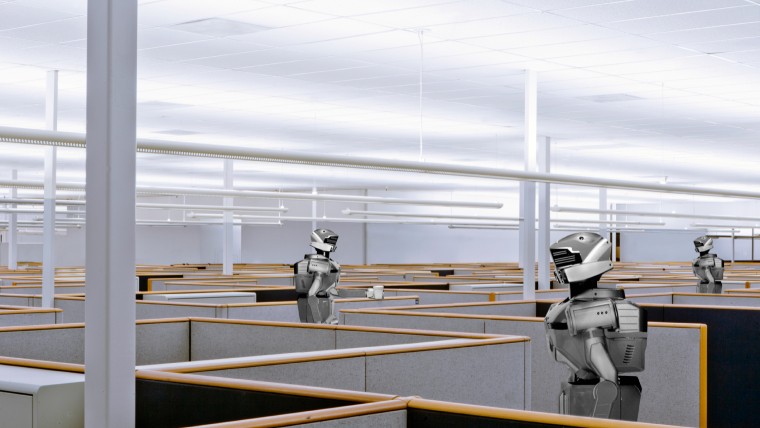 The Agent Applications, Research and Technology (Agent ART) Group at Liverpool University is a leading centre of pure and applied research in autonomous agents and multi-agent systems. In everyday English, this is the science underpinning the development of robots, either real or virtual, capable of making their own decisions in complex situations, including conflicts with other robots. This is a field at the cutting edge of information technology.

At first sight the Agent ART Group appears to have little in common with Riverview Law, a new-style legal business set up in Liverpool in 2010, which has DLA Piper as a minority shareholder, and provides legal advisory outsourcing and technology solutions to in-house legal functions of large corporations.

Last month, however, the firm announced it had set up a “knowledge transfer partnership” with the University of Liverpool to find ways of developing the university’s artificial intelligence (AI) expertise in the legal field.

The firm says the partnership will enable it to apply a range of leading-edge computer science expertise in areas such as text processing, network analysis, computational argumentation and data mining. “A primary objective of this project is to automate some of the cognitive abilities of knowledge workers to provide organisations with intelligent decision support tools,” Agent ART says. The hope is to create artificial intelligence software capable of automating routine legal tasks, speeding up and cutting the price of services.

In particular, the firm is working with Katie Atkinson, reader in the Agent ART Group of the university’s Department of Computer Science. She describes her research as concerning “computational models of argument, with a particular focus on persuasive argumentation in practical reasoning and how this can be applied in domains such as e-democracy, law and agent systems”.

Dr Atkinson says it is a good fit. “We are delighted to be working with such an innovative company as Riverview Law. From our first meeting we were struck by the commitment its team has to the application of technology, not only in its own business, but also in the way it delivers services to its global customers. Meetings with those customers and the wider Riverview Law team simply confirmed our desire to work with them and show how we can commercialise our research,” she says.

Karl Chapman, chief executive of Riverview Law, comments: “Over the last 18 months, as we developed our thinking in the AI and expert systems field, we were delighted to find such relevant world-class expertise on our doorstep – North-West England really is becoming the centre of the legal universe. We are very focused on providing expert systems and tools that support knowledge work, and the way AI and such systems can help our teams and our customers make quicker and better decisions.”