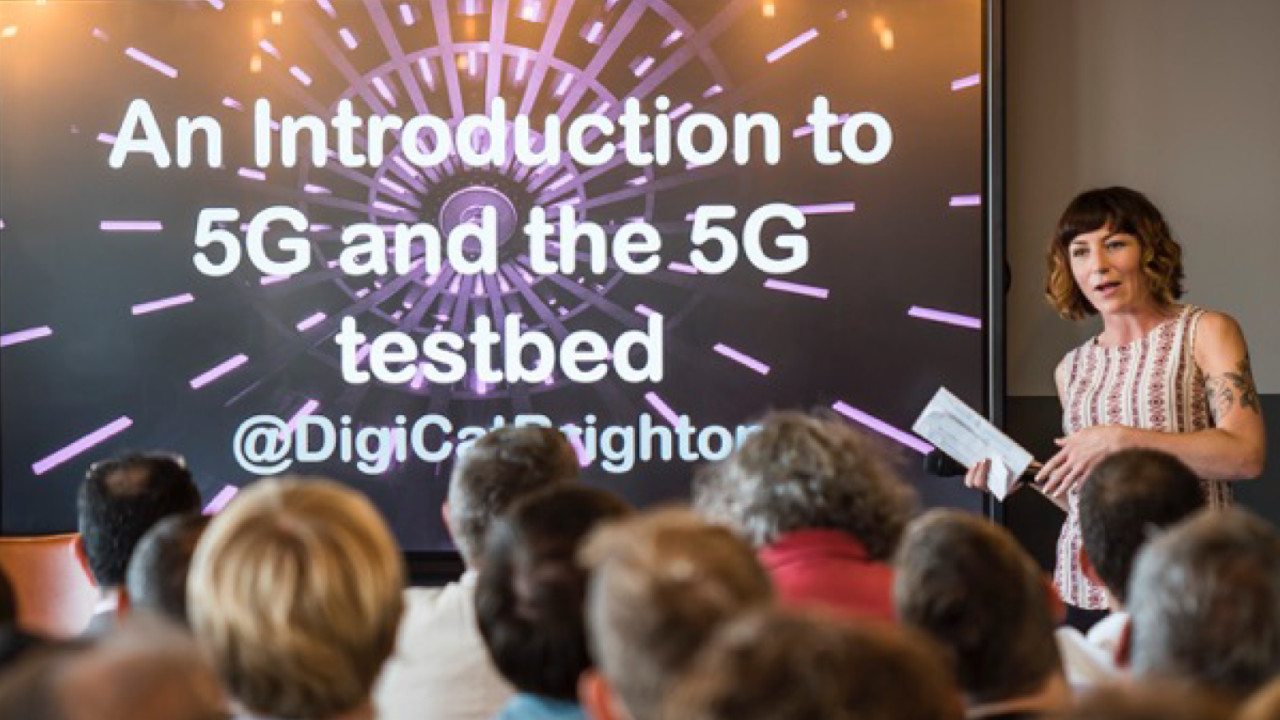 In January 2018, a number of businesses in Brighton will be among the first in the UK to go live with fifth-generation mobile wireless connection, or 5G, which won’t be rolled out globally until 2020.

5G is designed to accommodate the growing number of internet-connected devices worldwide and is ten times faster than the highest speed enabled by 4G. It will make it easier for people to download and upload large files, and run complex mobile internet apps such as virtual reality (VR), as well as offering a more reliable connection.

5G will spawn new industries, platforms and services, and boost the UK’s productivity by £3 billion a year

O2 predicts that 5G will spawn new industries, platforms and services, and boost the UK’s productivity by £3 billion a year.

One company excited by the possibilities for VR is Brighton-based VRCraftworks, which builds VR apps that empower businesses and people. It is one of the 33 businesses which has so far submitted an application to Digital Catapult to use the 5G test bed to develop new products and services. Peter Maddalena, director at VRCraftworks, says the immediate access to VR content, as a result of the lower latency offered by 5G and a delay of less than a millisecond between action and response, is one of the most promising factors.

The company is developing an app that enables companies to deliver virtual training courses via 360 VR video, supplemented with artificial intelligence (AI), with businesses able to push their own content into the framework. “In an AI-driven VR training space, each participant could be delivered a tailored course based on their questions and reactions to the virtual tutor,” says Mr Maddalena. “The personalised response that can be enabled by 5G [thanks to its ability to leverage large amounts of customer-specific data] will empower employees.”

Another opportunity presented by 5G is its use in stadiums, where lots of people are trying to connect to a network in the same place at the same time. “5G can handle a higher capacity, providing new opportunities for fan engagement and potential new revenue streams,” says Mr Scott.

It is an area the American Express Community Stadium, home of Brighton & Hove Albion Football Club, is currently exploring and one that also excites Andy Cummins, director of product development at Brighton-based digital media agency Cogapp. “We have a product called Neoscope, which enables crowd engagement in stadium-size settings and the idea of a reliable, high-speed connection for every member of a 60,000-strong crowd will really open up opportunities for us,” he says.

Mr Cummins cites capturing 360 footage from the performer’s perspective that can be experienced in real time, as well as mass upload of video, capturing key moments from a fan’s viewpoint, giving non-attendees an immersive sense of an event.