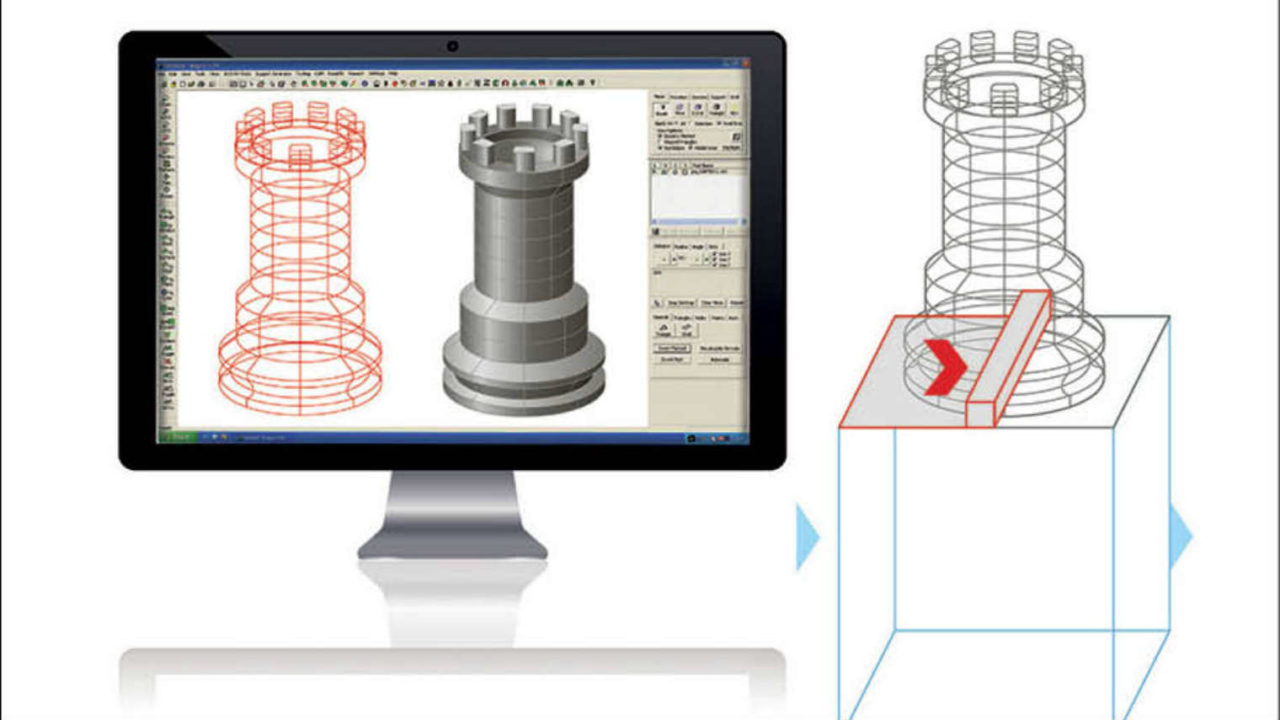 Industrial 3D printing is one of the most exciting breakthroughs in manufacturing. It’s used by Nasa to build space shuttle parts. And it’s economical enough for engineering students to play with as they generate their own innovative prototypes.

Formula 1 has been a fanatical user of industrial 3D printing for a while. All F1 teams rely on it both in the development phase and to make race parts. It allows the teams to create components which would be impossible to craft using traditional methods.

Williams grand prix engineering operations director Simon Wells is a vocal evangelist. “Industrial 3D printing allows us to bypass traditional methods for manufacturing prototype parts, such as producing patterns, moulds and set-up tooling,” he says. “This enables us to go straight from a CAD [computer-aided design] model to the machine. Within a few hours you have this physical part ready to test.”

By now most people are familiar with how 3D printing works. The most common version at the industrial level is laser sintering. Layers of powder are fused by a laser (hence the acronym AM or additive manufacturing). It’s ideal for making components of all sizes from micro-scale to large and complex parts. 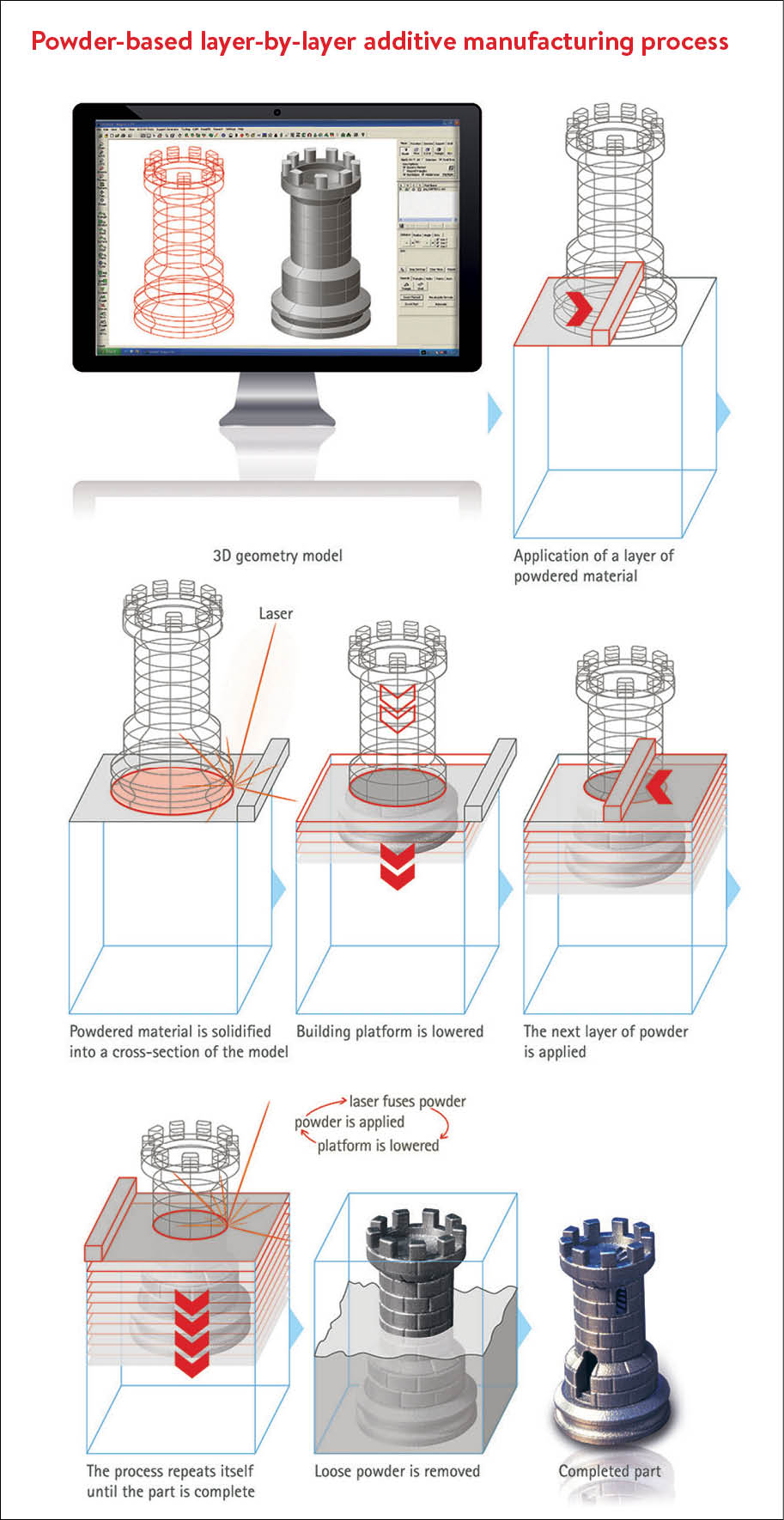 Mr Wells says his F1 engineers use laser sintering for all manner of jobs. “AM machines are used for producing low-volume complex prototype parts, mostly for aerodynamic development, but also for some full-size F1 car parts. This technology allows us to produce these parts in incredibly short time frames,” he says.

Williams’ new spin-off operation, the Advanced Manufacturing skunk works, is also a big user of industrial 3D printing. Mr Wells reveals: “In Williams Advanced Engineering we use the machines for producing prototype parts for a variety of applications. These range from automotive and motorsports projects to aerospace and defence projects. In this area the technology allows us to produce prototype working models without incurring high tooling and set-up costs.”

Naturally, F1 teams demand the absolute best of any technology they endorse, which is why Williams uses AM machines by EOS. In November 2015, Williams acquired a third EOS machine to complement its two EOS polymer printers. The EOSINT P 760 is a modular plastic AM system capable of building components of 700mm x 380mm x 580mm. Two lasers fuse the polymer powder at an astonishingly quick rate of 700 cm³ an hour.

“We chose EOS because we identified them as a world leader in additive manufacturing technology,” says Mr Wells. “We want to work closely with EOS to establish focused areas of development where we can realise the benefit that this technology delivers and use it to improve the performance of the Formula 1 car.”

For EOS, the Formula 1 link is proof of the maturity of the technology. Stuart Jackson, EOS regional manager for the UK and Ireland, says: “There is a perception that F1 takes risks in the pursuit of glory. That is completely wrong. F1 is an arena where the slightest mistake would be extremely costly, both in terms of human life and in financial outlay. These teams can’t mess around. They need standards of reliability which exceed any other industry. Maybe only aerospace is similar. Which is perhaps why aerospace was currently the fastest adopter of industrial 3D printing and a huge market for us at EOS.”

Other sectors are following close behind. These include medical devices, automotive, consumer goods, logistics, oil and gas, and even field sports. Athletes are demanding bespoke casts for broken bones and using industrial 3D printing to utilise the optimum materials.

A wonderful demonstration of the power of industrial 3D printing can be seen in F1’s little cousin, Formula Student, a race series run by the Institution of Mechanical Engineers for undergraduates to help them learn a variety of technical skills in a fun environment. In 2012, the Rennteam Uni Stuttgart won support from EOS. They used CAD software from Autodesk Within to design a new type of “knuckle”, which connects the wishbones, axle, track rod and breaking. It’s a key component.

The goal was to make the knuckle more rigid, yet lighter. Yannick Löw, from Rennteam Uni Stuttgart, explains that the old method was exhausted. “We produced the part using the classic precision casting process. This, of course, led to limitations in freedom of form, which meant that the part’s potential could never be fully realised. Even back then we’d decided that for the 2012 season we’d investigate new, innovative ways of manufacturing the steering stub axle,” he says.

Industrial 3D printing meant prototypes could be churned out without limit. Each iteration can be subtly tweaked. By contrast, metal casting needs a fresh cast each time, which is time consuming. Furthermore, 3D printing permits new shapes deemed impossible with casting. Lattice micro-structures of variable densities, found in nature, are a forte.

“Our machine honed powdered metal granules with the help of a laser, layer by layer, into the required part,” explains Nikolai Zaepernick, director of strategy and business development at EOS.

The weight of the part was reduced by 660gms, saving Rennteam Uni Stuttgart 35 per cent, and at the same time the engineers succeeded in increasing rigidity by 20 per cent – big numbers in motorsport, which translate into faster lap times and reduced fuel consumption.

The result? Rennteam Uni Stuttgart won the Formula Student Germany 2012 title.
This sort of technology is now accessible to all, says EOS’s Mr Jackson. “If a company wants to experiment with industrial 3D printing, they can get parts made by a third party. For example, Digits2Widgets in Camden Town will print on demand in a variety of materials.”

The first step is to call EOS. “There is a list of third-party service providers on our website,” says Mr Jackson. “It covers 50 machines in the UK alone. We can talk you through the whole process and introduce you to a partner who owns the right machine for you.”

When companies become habitual users then they can think about acquiring a machine.

“We would encourage anyone involved in cutting-edge design to take a look at industrial 3D printing,” advises Mr Jackson. “It offers forms and shapes which have never been done before. The cost is incredibly low. And the speed of production is so fast.

“That’s why F1 teams are relying on it. All you need to do is get in touch and we can talk about the potential of industrial 3D printing to change the way you think about your products.”

To find out more visit www.eos.info/en