Making millions of objects once

The era of mass production started with Henry Ford proclaiming that customers for his eponymous cars could have any colour they wanted as long as it was black.

We have come a long way since then in terms of choice – Audi boasts there are four million possible permutations for its A6 model, for example. Nonetheless, except for the lucky few able to afford bespoke products, consumers can get whatever they want, as long as they want what the machine makes, according to the consultancy Accenture.

For traditional manufacturers, economies of scale dictate that the greater the number of an item they can produce, the cheaper it is. However, the result, says 3D-printing consultant Joris Peels, is that “mass production is perfect for no one, so producers end up making one million copies of something that essentially sucks for everyone”.

It also leaves businesses with large inventories facing huge storage costs, along with the problems of unsold stock with high environmental impact, according to Sunny Webb, a consultant at Accenture.

But there is a move towards products becoming more customised and more personal, and 3D printing is playing a key role in that. “Mass individualisation is where 3D printing comes into its own,” says Mr Peels. 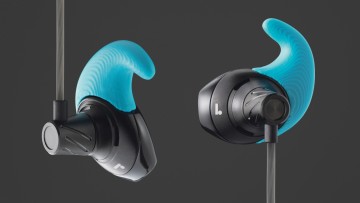 “Imagine a situation where someone could walk into a store, design their own product or customise what is already there, print it and take it home that same day,” says Chris Elsworthy, inventor of the Robox 3D printer. “Rather than selecting their item from a relatively small selection of goods, people could personalise it for their own specific requirements.”

Examples include companies, such as Styku that use 3D scanners to measure shoppers’ bodies, enabling clothing companies to make made-to-measure garments quickly and easily, and Constrvct, which allows shoppers to enter their measurements on its website and uses the information to create an online 3D model showing what the clothing would look like on their body shape. Normal, which allows users to print their own customised headphones, has a slogan that sums up the ethos of mass personalisation: “One size fits none”.

The economies of scale are totally different for additive manufacturing, says Phil Reeves, managing director of 3D-printing consultancy Econolyst. “It costs the same to make millions of objects once as it does to make one object millions of times,” he adds.

Some of the most promising applications of 3D printing to mass personalisation are in medical devices, because each individual is unique and needs products to reflect that. More than ten million people have hearing aids made using 3D technology, says Mr Peels, and other applications include dental braces, false teeth, splints, orthotics and joint replacements. The medical market is worth around $7 billion to $8 billion a year, he notes.

Mass individualisation is where 3D printing comes into its own

The process involves a scan being taken of the relevant body part to produce a 3D model, which can then be printed to provide, say, a hearing aid, a hip joint or knee replacement that is unique to the patient and a much better fit than previous implants.

“It is a huge help in all kinds of reconstructive surgery,” says David Dunaway, consultant cosmetic and reconstructive surgeon at Great Ormond Street Hospital. “It’s a lot quicker and, because we use artificial material, it means that we don’t have to harvest bone from other parts of the body. It has led to greater accuracy and a huge improvement in quality. The joints just fit so perfectly.”

There are even hopes that in time doctors will be able to “bioprint” new internal organs using 3D-printing techniques, although this remains some way off.

Medical and dental devices are the ultimate high-value, low-volume markets for which 3D printing is best suited. But that does not mean the technology is confined to highly trained specialists.

An organisation called E-nabling The Future is using 3D printing to help children who need prosthetic hands. Many children are not given prostheses because the devices are expensive and, because children grow quickly, they get limited use out of them. But now groups of tinkerers, engineers, 3D-printing enthusiasts, occupational therapists, university professors, designers, parents, families, artists, students, teachers and people who just want to make a difference are coming together to print prosthetic hands at a cost of around £30, says Mr Peels, who acts as a consultant to the organisation.

The hands go both to local children and to people the makers will never meet, such as victims of the conflict in Syria. “It is a perfect example of individualisation,” Mr Peels adds. “One kid wanted their hand to be purple, another wanted to have a Superman logo on it, while another wanted it to have six fingers. It shows how 3D printing opens up a collaborative way of designing and producing products.”

It fits in with the trend for greater choice that internet technology has enabled – customers can put together their own music playlists, curate their interest on sites such as Pinterest and load up the apps they want on their smartphones.

But Econolyst’s Mr Reeves believes personalisation will only ever be a niche. “It’s not the primary driver for the development of the technology and historically it’s not how people buy or consume products,” he says.

“The way people shop at the moment works. Just because 3D printing exists, it doesn’t mean people are going to personalise everything.” There are already non-3D printing opportunities to stamp your own personality on products. Nike, for example, allows people to create their own designs for its footwear, but only a small proportion of customers choose to do so, Mr Reeves says.