For a nation that likes to talk about the weather, the British have had much cause for conversation of late. Nine of the ten warmest years in meteorological history occurred this millennium and winter 2015 was the worst since records began in 1910.

Global warming has never been more in evidence, suggests Colin Elkins, global industry director for process manufacturing at IFS. “In quick succession, British citizens have experienced the ‘Beast from the East’ and the hottest summer on record. Along with technology, climate change will have the biggest impact on what we farm, and the way we grow and manufacture our food,” he says.

Heat stress has already been playing havoc with harvests worldwide, from maize in Africa to mung beans in Australia.

Total UK domestic production, however, tells only part of the resilience story, according to Sarah Mukherjee, chief executive of the Crop Protection Association. “The UK is 76 per cent self-sufficient in homegrown food and 62 per cent in all food. However, much is exported and the UK currently supplies only 54 per cent of the food we eat. We are increasingly vulnerable to climate impacts, home and abroad,” she explains.

This balance of trade will only get worse, says senior managing director of Farm to Fork Advisory Services, Richard Kottmeyer: “Unless there is greater import restriction, British consumers will be purchasing more from larger operations better suited to manage volatility, mostly from the Americas.”

In particular, grass shortages may limit domestic production and growth potential for livestock from traditional operations, as practised by pasture-based smallholdings.

Of course, not all produce is adversely affected. The UK has also been pleasantly surprised by bumper crops of apples, pears, berries and plums, as well as more exotic edibles like olives and even figs.

The difference over time is dramatic, claims Mr Elkins. “Who would have thought ten years ago the UK would have the climate to create commercially viable tomato greenhouses in Kent and drive a wedge into the Spanish tomato industry; or benefit from homegrown vineyards, avocados and chillies?”

For Ms Mukherjee though, there is a caveat to this vision of a tech-driven utopia: “We are on the verge of a revolution in the way we farm – Agriculture 2.0, if you will. However, many innovations are still some way from practical application in the field. While we transition, farmers will need continued access to the crop protection toolbox to ensure healthy, safe, affordable food.”

A recent study found the UK is likely to be among the hardest hit from increased pest pressure on wheat crops due to rising temperatures, with yield losses expected to double from 5 to 11 per cent. The timing is particularly poor, and “comes when options for plant protection are being restricted, particularly in Europe, where farmers have lost over half the active substances approved for use since 2001”, adds Ms Mukherjee.

Who would have thought ten years ago the UK would have the climate to create commercially viable tomato greenhouses in Kent?

Nevertheless, sales of fresh organic produce and dairy continue to rise. Up six years in succession, the UK market is now worth £2.2 billion, albeit only accounts for 1.5 per cent of total food and drink.

Hot or cold, wet or dry, the challenge to farm management is simply not getting any easier, concludes Professor Jonathan Jones of the Sainsbury Laboratory in Norwich. “Farming is about dealing with unpredictability, and as the world warms that unpredictability will become more severe,” he says.

Faced with such flux, anticipation and adaptation can help bridge gaps between vulnerability and resilience. While extremes of weather cannot be avoided, farming best-practice can become better informed and decision-making improved. 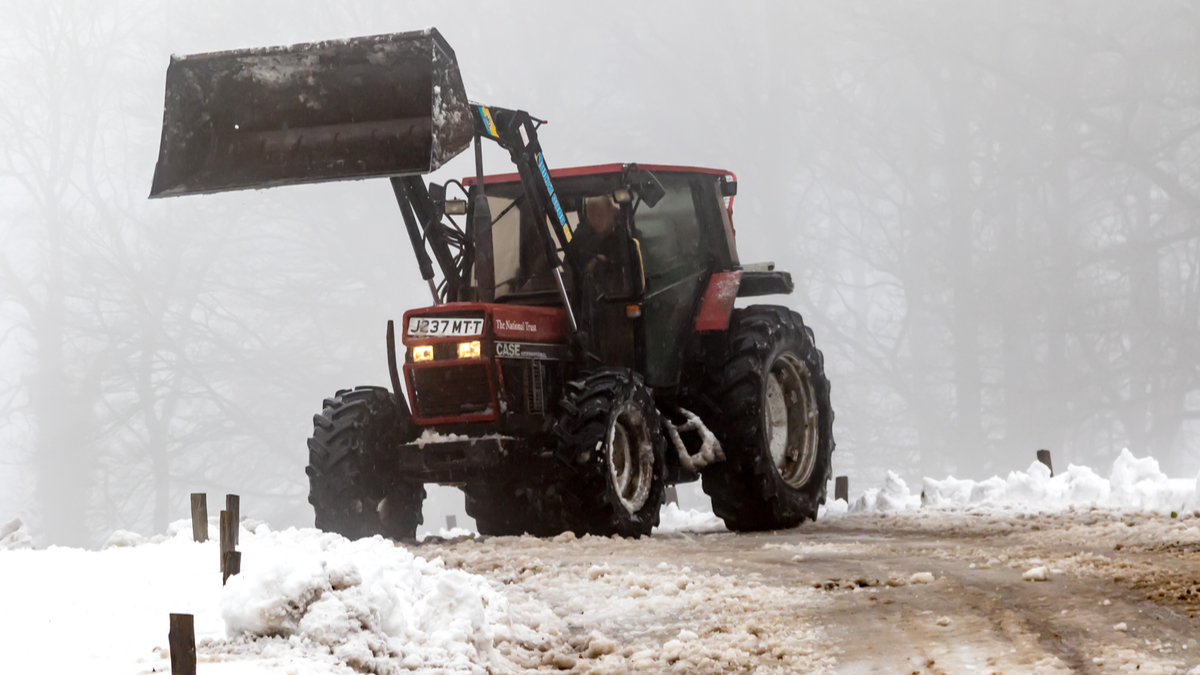 “Questions of when to fertilise, plant, spray or harvest have narrower windows for ideal action, and can no longer be based on common, farmer or institutional knowledge. Agtech, and particularly data analytics, will increasingly be the tools to mitigate risk and create a new institutional knowledge,” suggests Mr Kottmeyer.

However, he claims that discussion is too often limited to thinking about production. The far greater impact of climate change will occur at harvest and down the supply chain, whether affecting quality of perishable food, or how to reroute rail, road or ship traffic based on volatile weather patterns.

Expertise is still lacking in these areas, Mr Kottmeyer adds: “Our understanding of stored product and perishables post-harvest is simply not on a par with that of production agriculture. Climate change demands a shift in our thinking and spending.”

Technology is a clear and increasingly urgent focus area for industry investment. “The majority of IT and OT technologies within food manufacturers are disparate and outdated, or running on legacy infrastructure,” says Mr Elkins.

On the farm, applications tend to be separated, leaving maintenance and weighing systems unconnected. In addition, the majority of farmers have yet to harness internet of things solutions to see yields in real time.

The future for farmers is in the connected world

Solutions do exist, however. With an effective enterprise resource planning or ERP system in place, for example, farmers can save valuable time through automation and standardisation, as well as achieve true visibility across operations.

For the UK, faced not only with flooding, high winds and heatwaves, but Brexit, the field-based food production model of tomorrow will inevitably be about tech. However, its successful deployment will depend on joined-up, synergistic implementation and application.

“The future for farmers is in the connected world. This means tying technologies together into coherent solutions. We’ve already started to see drones delivering feed to remote fields and animals, then feeding data back to farmers,” says Mr Elkins.

“Leveraging technology and data will be how we overcome adversity from a drastically shifting climate, labour shortages, and the political uncertainty currently surrounding our nation.”

Future of Food and Beverage 2018