What does HR need to be at the forefront of the integration of man and machine? 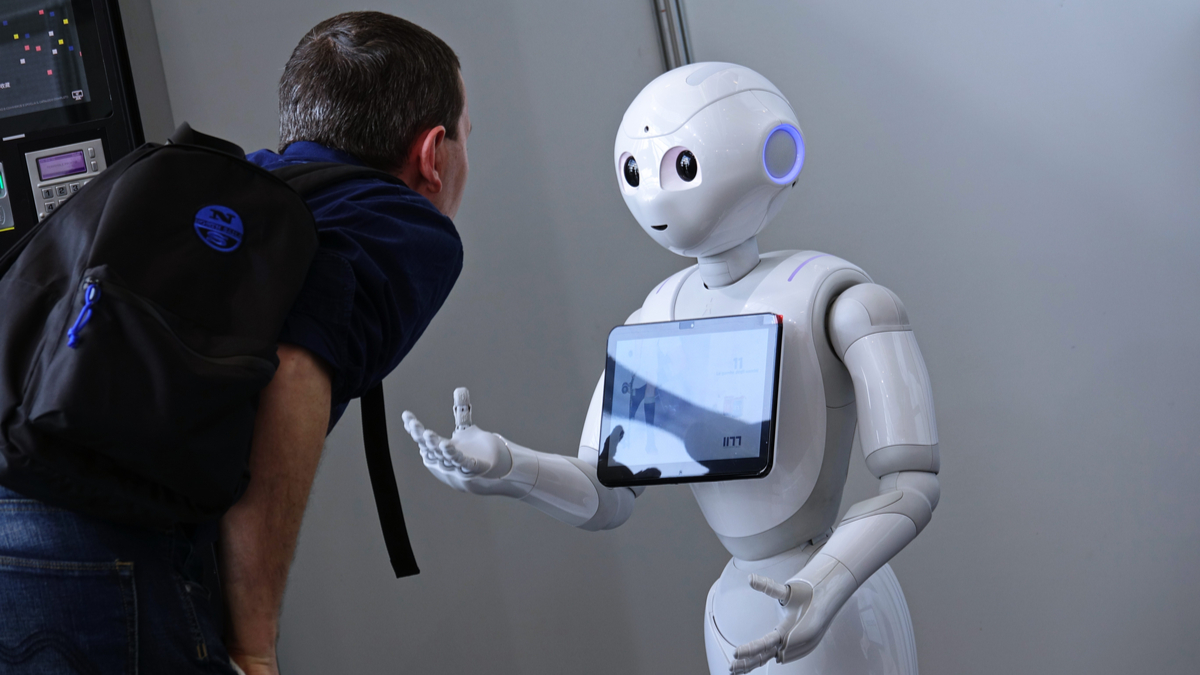 Reality, of course, sits somewhere in the middle, but either way, the robots are coming; more than three-quarters (78 per cent) of HR departments expect to use machine learning in at least one HR process within two years, according to a report from management consultancy Bain. So how does HR prepare for this new world of work?

“It’s not by becoming technical experts, though HR managers need to familiarise themselves with how AI and robotics is being applied to their industry,” says Jonny Gifford, senior adviser for organisational behaviour at the Chartered Institute of Personnel and Development. “HR should not be bamboozled by the techies, but bring it back to core HR territory. How does new technology affect skills?”

Understanding of AI is lacking in many organisations (only 31 per cent of respondents felt ready to address the issue of AI, according to Deloitte’s 2018 Global Human Capital Trends report) but increasingly HR functions are being performed by sophisticated robotics and AI.

These technologies are most effective when they complement humans, not replace them

Chatbots can carry out first-line video interviews, with software that can recognise faces and identify moods – or even spot a liar. Analytics can help employees with their career options or the annual staff survey. Machine learning algorithms can automate record-taking or rote tasks.

But ensuring AI is slave and not master requires human oversight. Deloitte points out that “behind the scenes, major tech firms have tens of thousands of humans continuously watching, training, and improving their algorithms… Leading companies increasingly recognise that these technologies are most effective when they complement humans, not replace them.”

“You can never fully trust machines,” says Charles Hipps, chief executive and founder of e-recruiter Oleeo. “You have to be able to look at what they produce. Our job is to make technology usable and make sure the algorithm works the same way as a traditional human screening system. But it’s not a magic wand.”

Some of the statistics quoted can make it seem that way. AI-based candidate screening in talent acquisition cut Unilever’s time to hire by 75 per cent, according to the Bain report.

Mr Hipps believes those who get the most out of technology are those with a clear vision of their HR requirements, so are asking the technology to fulfil a specific function. “We ask what the client needs to improve their current recruitment process,” he says. “You need to have a good idea of how well your current screening works and what is lacking in order to make the best use of AI.”

It is worth taking some technology claims with a pinch of salt. Chinese utility companies have claimed to be monitoring employees’ emotions through the use of wearable sensors, a move designed to improve productivity; but tech watchers doubt that current technology is able carry out such surveillance – quite apart from whether such practices improve productivity or just lower morale among staff.

Peter Reilly, in his report for the Institute of Employment Studies, The impact of artificial intelligence on the HR function, says AI “will have its biggest impact in transactional work which is repetitive, rules-based and where high accuracy is demanded”. He argues that, as data input is increasingly automated, “the challenge for some HR teams will be a mindset shift, more than any technological adoption challenge”.

Data analysis is one area where AI could improve the HR function. Increasingly important metrics such as gender bias or diversity management can, provided the data scientists write the algorithms correctly, be spotted at an earlier stage than where HR professionals are grinding through Excel spreadsheets. Technology can be used to model scenarios, helping HR as a function become more strategic in its operation.

“HR is not currently driving the discussions about how AI is used in the world of work,” says Mr Gifford. “There is a dynamic two-way relationship between skills and technology, and the net effect of automation is to upskill the remaining jobs.”

Mr Reilly believes that a lack of strategic skills within HR as an industry is one of the reasons technology has not taken off to the extent predicted a few years ago – but that those HR managers able to harness this have a real opportunity to make their mark.

He writes: “One vital strategic task that HR should undertake is to prepare the organisation for the AI revolution. This will mean ensuring that the workforce is ‘change-ready’ and prepared to embrace new technology.”

There is a dynamic two-way relationship between skills and technology

Instead of fretting about how AI affects HR, managers should be considering how it can benefit the company, identifying where automation can be usefully applied and what skills the organisation will need in the (rapidly approaching) future. Newly created jobs “are more service-oriented, interpretive and social, playing to the essential human skills of creativity, empathy, communication and complex problem-solving”, according to Deloitte’s human capital report. “The technical skills to create, install and maintain machines account for only a small fraction of the workforce.”

Instead of deskilling the workforce, technology will require HR to work with increasingly savvy staff, and importantly it will need to be able to break down jobs into component tasks in order to redesign them for a changed economy. By 2030, according to a recent McKinsey Global Institute report, Jobs lost, jobs gained: Workforce transitions in a time of automation, “as many as 375 million workers – or roughly 14 per cent of the global workforce – may need to switch occupational categories as digitisation, automation, and advances in artificial intelligence disrupt the world of work”.

But technology has to work for people as well as the company. Jill Bassett, workforce solutions director for recruitment company ManpowerGroup Solutions, carried out research that found that almost two-thirds (61 per cent) of job candidates would opt for in-person interviews over digital recruitment methods.

Ms Bassett says: “Tech alone will not add value to the candidate experience. There is no real substitute for seeing and feeling the connection, or the lack thereof, with a company and its culture. Personal contact can positively differentiate one employer from another.”

The Manpower survey of 700 people found 10 per cent of candidates had used at least three technologies – such as social media and smartphone apps – in their job search in the last six months. It seems we have a long way to go before the corporate world can ditch the human.