Investment in renewables must triple to reach 2050 targets, warns Adnan Amin, director general of the International Renewable Energy Agency (IRENA). But, for the first time, as the costs of renewable power continues to fall, due to lower equipment costs, improvement in performance and tenders putting pressure on prices, it seems there is a real possibility of achieving that goal.

Mr Amin says: “The ecosystem of energy is changing, and we’re seeing the impact of renewable energy in economic and social terms. We’ve passed the tipping point for power generation for the developed and developing world, and I see a decade-long cost reduction process ahead of us.”

There has been a fundamental change in perception of renewables. Renewable energy is rapidly becoming the economic alternative for energy provision all over the world. According to the findings of an IRENA report, the average cost of onshore wind power is now competitive with the cheapest fossil fuels, marking a significant turning point.

In fact, global weighted average costs over the last 12 months for onshore wind and solar PV (photovoltaic) now stand at 6 cents and 10 cents per kilowatt-hour respectively. European offshore wind is seeing subsidy-free bids at auction, while the price of solar electricity has fallen 73 per cent since 2010 and, according to Mr Amin, is expected to at least halve in price by 2020. 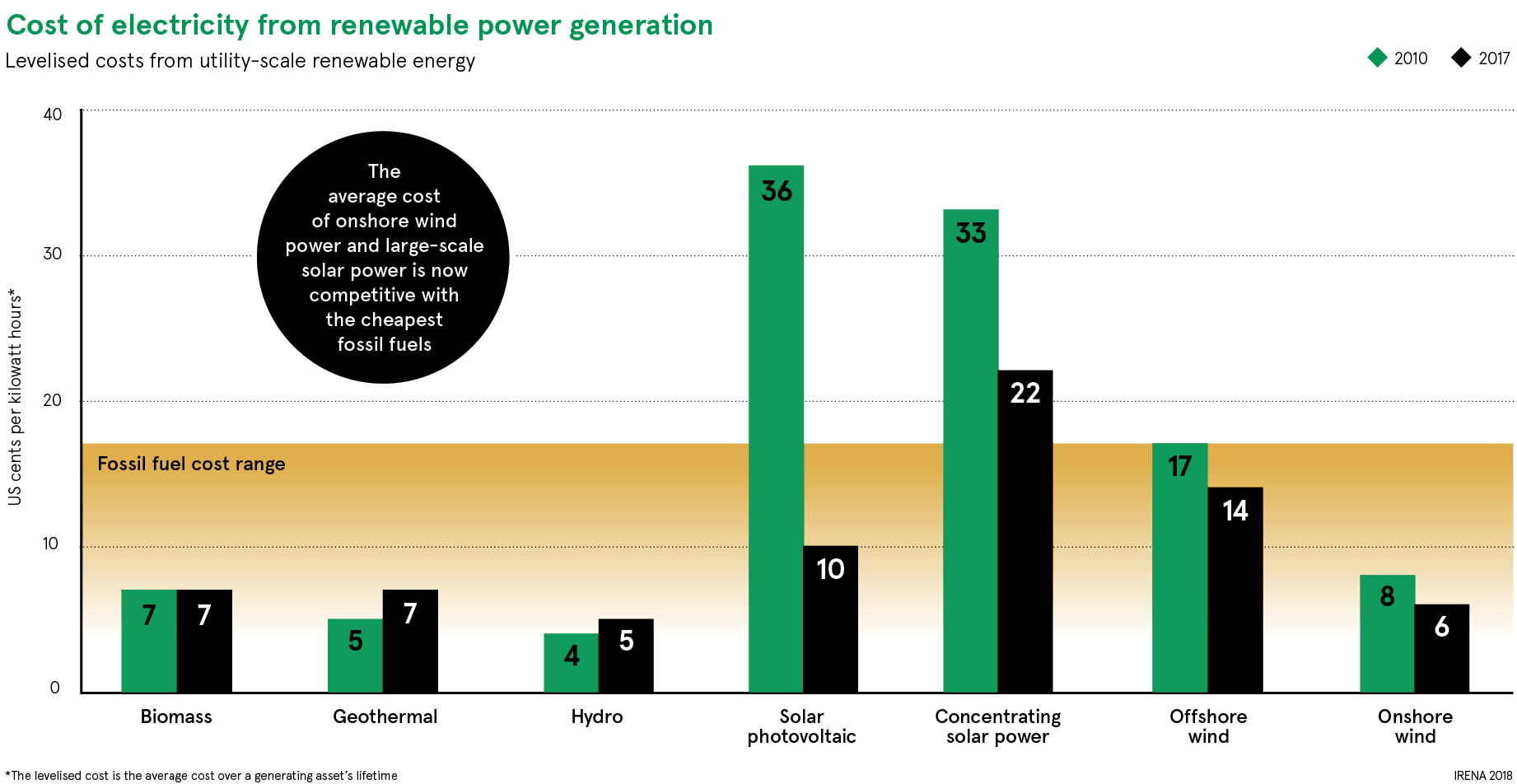 A constant question is what new forms of renewable technology will increase economies of scale and become attractive propositions for the private sector. The IRENA chief says: “I’m not a gambling man. Given the dynamism we’ve seen in the innovation process there’ll be a series of hybrid options emerging in different markets. Decentralisation, for example, has become a big phenomenon.”

He does, however, see three particular areas of significant potential growth. The first is floating wind. The Japanese are trialling it while the world’s first floating turbines are providing electricity to the grid through Scotland’s Hywind project. Fixed-bottom solutions become unviable beyond around 50 metres because the cost becomes prohibitive in deeper waters. According to Statoil, Hywind can operate at depths of 800 metres, opening many new regions for development.

Storage continues to develop and Mr Amin says: “If the innovation and R&D we’ve seen in battery storage continues it’ll be a game-changer.” Grid management remains a key driver, but with grids in China, Spain and Germany able to predict solar and wind accurately 24 to 48 hours ahead, this begins to overcome system congestion issues.

Mr Amin adds that system operators can manage a significant load of renewables and, if the growth in decentralisation continues, the growing focus on home storage systems will also contribute to the changing nature of the grid.

Another exciting area is perovskite solar cells, which can be in solid form or sprayed on to materials, transforming the potential use of the technology. While there have been challenges in taking the technology out of the lab, Moscow State University has reported success with stabilisation and 22 per cent efficiency rates. Mr Amin comments: “If it works, it could dramatically cut the cost of solar in the future.”

When it comes to accelerating investment, one thing most financiers agree upon is there is no lack of capital, but rather a lack of bankable projects and that means risk profile. While risk-mitigation tools or credit enhancements exist, they can raise the total cost of projects. What is changing is the nature of risk.

Projections of a market tipping point are crucial to an assessment of risk; when does the balance shift between investing in the status quo and investing in the future? Kingsmill Bond of Carbon Tracker argues that markets shift as opportunities shift. The issue is demand; as demand grows will electrification replace power generation and what will fuel transportation?

Mr Bond points out that small falls in market share can have a profoundly disruptive impact and argues that major tipping points occur when a disruptive technology takes only 2 to 3 per cent of the market. Electric vehicles (EVs), for example, already constitute 1 per cent of sales and this is set to grow rapidly.

Peak oil demand is critical to this. The International Energy Agency projects peak oil consumption in 2040, but BP’s 2018 Energy Outlook has shifted its projections from mid-2040s to mid-2030s, moving a decade within one year. BP forecast a 100-fold growth in EVs by 2040. While travel demand will double, higher oil demand is expected to be offset by increased engine efficiency standards as well as the larger number of EVs and shared travelling.

Even Shell has said that if the most optimistic EV forecasts are correct, then peak oil could hit in the 2020s. Mr Bond believes it could be as soon as 2021.

Mr Amin says: “E-mobility is a driver for renewable energy; it’s the next step-change. If the EV market follows the pattern of renewable energy technology over the next four years, it will have a dramatic impact on oil demand and therefore the global energy industry.

“The shift from one energy system to another is not simple and, undoubtedly, it will take many years before the current system is transformed. But the transformation of the current energy system is gaining pace and is unstoppable. Developments during the past few years exceeded the expectations of even the most optimistic supporters.”

It seems the fossil fuel industry and policymakers have underestimated renewable energy in almost every historical projection, and this may well continue. The reality, however, is the future is bright and green. 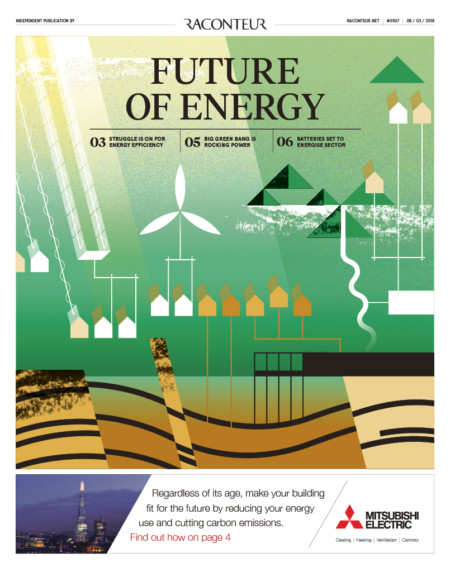