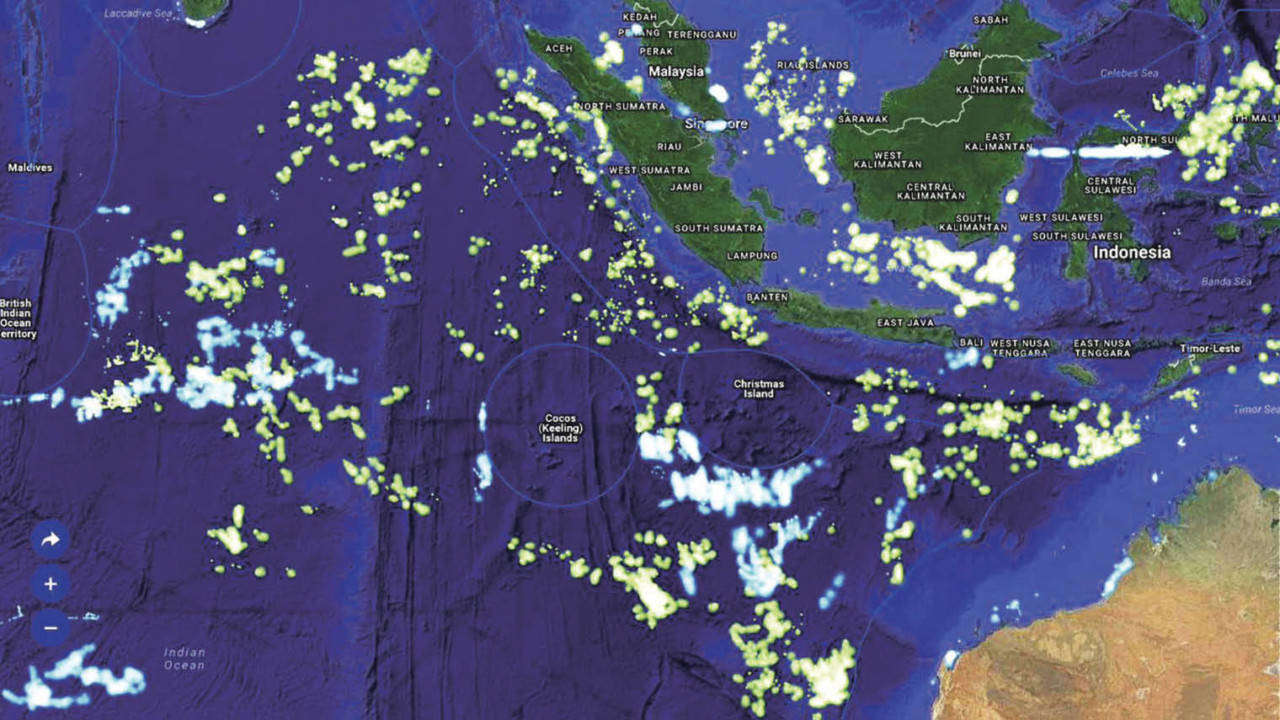 Fishing is not the obvious focus for a major project that features both a Hollywood star and the world’s most valuable brand. However, this is not just a tale about food – this is a modern-day, global crime story.

Fish stocks worldwide are getting squeezed by legitimate operations, but also illegal activity, explains Toby Middleton, programme director of the Marine Stewardship Council. “Globally, about a third of fish stocks are overfished,” he says. “But stocks fished to their sustainable limit have steadily increased over the past 15 years from 47 per cent to 58 per cent. However, between 11 and 26 million tonnes of fish are illegally caught every year.”

The information is free to browse and available to anyone with an internet connection, from governments and NGOs, through fisheries, seafood suppliers and buyers, to journalists and private individuals anywhere around the world.

The input of activists, campaigners and other citizens concerned about overfishing is directly encouraged and enabled; in effect, the crowd is invited to help police the problem.

Fundamentally, though, it is not the technology itself that is unique, but the mix of partners in collaboration. Global Fishing Watch harnesses the technological muscle of digital mapping and big data in support of advocacy. It brings together expertise in satellite imagery and remote sensing from SkyTruth, with the internet and cloud platform capabilities of Google, plus the campaigning focus of Oceana, an international group formed to protect oceans. Funding partners include the Leonardo DiCaprio Foundation and Bloomberg Philanthropies.

Governments also have a key role to play in the project, not just with their political endorsement, but their data. Earlier this month, both Peru and Indonesia committed to publishing government-owned vessel tracking data on the platform, taking major steps towards fishing transparency.

Despite the complexity of managing such a multi-stakeholder project, however, the metrics of its success remain relatively simple, says Jacqueline Savitz, Oceana’s senior vice president for US oceans and Global Fishing Watch. “The success of Global Fishing Watch is best measured by the impacts it creates, impacts like assisting in getting a vessel fined for fishing illegally in a protected area or convincing a local community to protect its areas from encroaching fleets,” she says.

It is all about getting eyes on the problem, concludes Ms Savitz: “The most important element of success for the project among all our partnerships and stakeholders is a common goal of promoting transparency at sea. To restore fisheries and address problems like illegal fishing and overfishing, activities at sea need to be visible; the global community needs to see what is actually happening beyond the horizon. Only then can we effectively protect our oceans.”