In the tangled relationship with water resources and food production, energy efficiency is saving livelihoods and lives 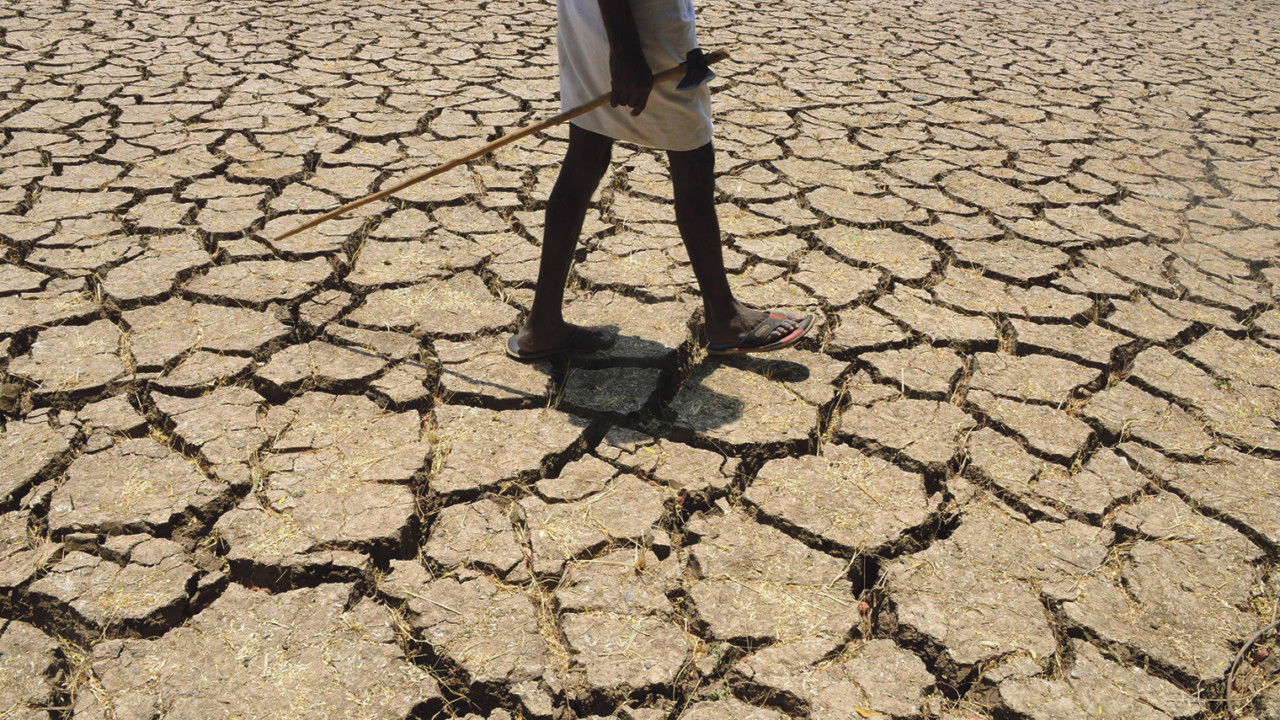 If we really are what we eat, then we are mostly water and energy – and we are running dangerously low on both.

According to the United Nations, agriculture is the largest consumer of freshwater resources on the planet, accounting for roughly 70 per cent. More than a quarter of global energy use also goes on food production and supply, with the UN Food and Agriculture Organization forecasting 70 per cent additional output needed to feed a 2050 population of nine billion. 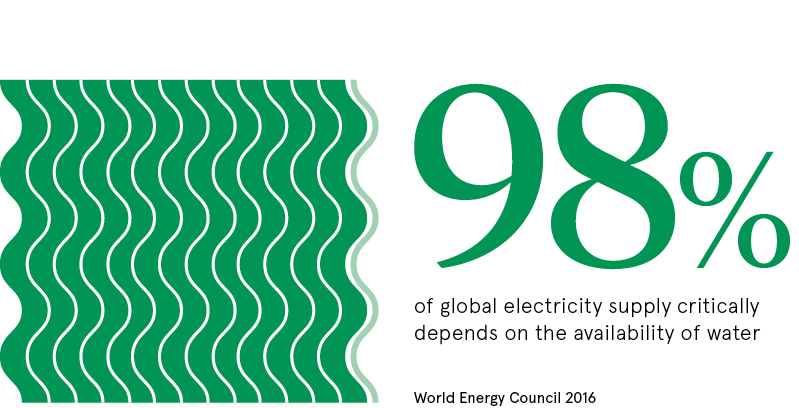 For the future of energy, water is essential at the level of large-scale power generation, not just literally in terms of hydro, wave and tidal, but indirectly, facilitating extraction and processing of fuels, as well as, importantly, providing cooling.

Cooling is critical. Research from the World Resources Institute found 40 per cent of India’s thermal power plants located in areas of water stress. As a consequence, 18 faced shutdowns caused by water shortages during 2016. The total loss to the country has been calculated at roughly 14 terawatt-hours of thermal electricity generation, enough to power Sri Lanka.

In turn, water as a resource is uniquely susceptible to climate risk, says Mark Fletcher, global water leader at Arup. “Whether we’re experiencing too little or too much water, climate change is felt most through its impact on the water cycle,” says Mr Fletcher.

Agriculture suffers both immediately and incrementally. He adds:  “Climate change can impact through shocks and stresses. It can disrupt food production in the short term by ruining single crops and also on a longer-term seasonal basis.”

Research from the World Bank has estimated that since 2001 rainfall shocks have caused a loss of food production sufficient to feed about 81 million people, the equivalent of the population of Germany, every day for an entire year.

Talk of human-made climate change inevitably brings us back to energy, acknowledges Mr Fletcher. “Impacts of climate change are mitigated by use of low-carbon renewable energy rather than carbon-intensive fossil-fuel sources,” he says. “Energy efficiency helps reduce overall demand.”

For sustainability, this is the trilemma of the water-energy-food nexus, a tangled web of circular relationships and infinite reciprocity, where everything depends on everything else.

According to Pedro Faria, strategic adviser at CDP, there are at least two ways of framing this challenge. “Firstly, it’s as an issue of competition for resources,” he says. “Energy competes with other uses of water for the water itself and it also competes with food as another use of land for biomass.

“Secondly, it’s related to resilience. How does a population find the balance of resource supply and demand that provides the highest level of resilience to shocks for the three variables essential for human lives?”

With escalating climate change, the second Africa Adaptation Gap Report warns that total water available for agriculture will decline by more than 10 per cent. The implication is that Africa’s agriculture and food systems, currently 98 per cent fed by rain, will increasingly rely on irrigation to achieve productivity. This calls for energy-efficient systems.

In Kenya, estimates from small-scale initiatives show that using solar-powered, efficient micro-irrigation is saving farmers more than $10,000 annually in operating costs. The system conserves up to 1.9 billion litres of water a year, while offsetting carbon with 64,499 kilowatt-hours of clean energy.

Furthermore, with Africa in dire need of income and employment prospects for its booming youthful population, an industrialised agriculture sector could harvest $1 trillion in opportunities. Energy stands as a critical enabler to this end.

However, unlocking achievement of multiple SDGs calls for game-changing thinking as joined up as the nexus itself, says Dr Munang. “The urgent need is for policy coherence across multiple ministries towards establishing energy efficiency, specifically for powering sustainable agro-industrialisation to accelerate much-needed socio-economic transformation and climate resilience,” he says.

On a more domestic scale, energy efficiency is also core to a pioneering four-year programme to promote resource management and sustainable livelihoods, currently being undertaken in Afghanistan by People in Need, a Czech NGO working to implement humanitarian relief and long-term development projects worldwide.

Seeking to boost prospects and build resilience, the project directly supports around 6,500 households, comprised of 45,500 people, in 75 villages throughout the province of Samangan. It provides for training in agricultural resource conservation and water management, establishment of commercial fruit plantations and nurseries, plus introduction of energy-saving stoves and home insulation.

Targeting a 20 per cent rise in agricultural yields, the initiative aims to get 40 per cent of selected households using energy-efficient technologies, so needing 20 per cent less firewood. The energy-efficiency measures are hugely important to the project. Accounting for at least one in every €10 of investment, they reduce wood-burning in homes, leading to less deforestation, which improves rainwater management, soil quality and crop yields.

The water-energy-food resilience gains are vital, concludes Wail Khazal, country director for Afghanistan at People in Need. “Especially in rain-fed areas, considering the unpredictable weather in recent years, the nexus is crucial to planning not just the projects, but more importantly, the farming season,” he says.

“While the connection between all three aspects is important worldwide, in the case of most of Afghanistan and the very limited resources of water available here, associated good planning and preparedness can prove a life-saving approach.”

This is the inescapable truth of the water-energy-food nexus, experienced firsthand in the fields of Africa and Afghanistan. Saving energy is saving livelihoods and saves lives.