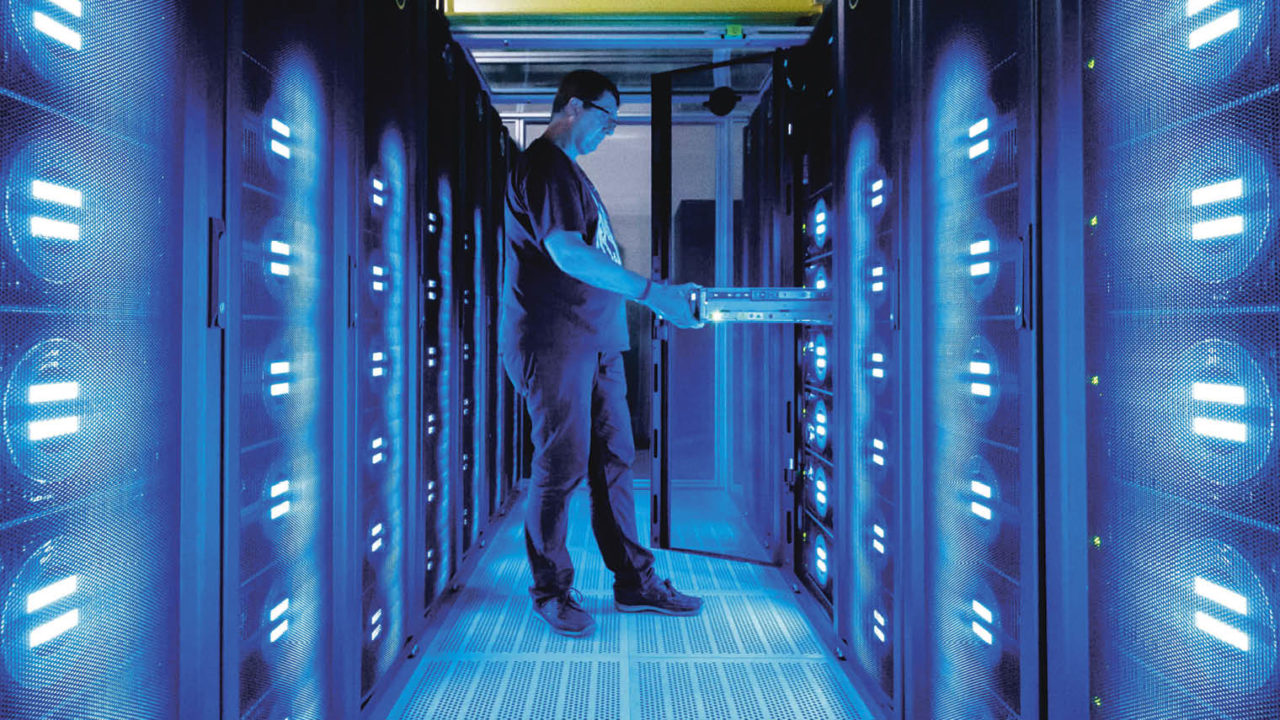 Information technology (IT) infrastructure and services permeate every function and department of a business. This means the chief information officer (CIO) is in a unique position to champion and drive sustainability within an organisation. Without efficiency measures, the information and communications technology (ICT) sector could account for 20 per cent of electricity demand by 2025 and 5.5 per cent of the world’s carbon emissions, according to the 2017 Total Consumer Power Consumption Forecast.

Yet, at nearly every step of the value chain, from procurement to end of life, there are opportunities to implement so-called “green IT” initiatives that will reduce a company’s carbon footprint.

In fact, a Global E-Sustainability Initiative report, SMARTer 2030, says ICT has the potential to create a 20 per cent reduction in global CO2 by 2030. If achieved, this will keep emissions at 2015 levels.

What companies can do to cut down their carbon emissions

Many leading IT firms, including Microsoft, Google, BT and AT&T, have already set ambitious targets to reduce their environmental impact.

According to James Robey, global head of corporate sustainability at consultancy firm Capgemini, a CIO can address sustainability on two fronts by the operational impacts of their own IT infrastructure and by using technology to improve the efficiency of a company’s overall operations. 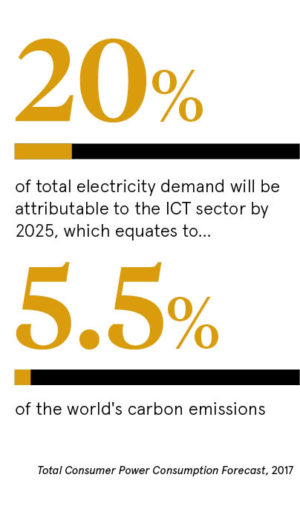 “Thinking about your internal IT estate, where is the waste? Could you shift away from inefficient software platforms that require larger, more powerful computers and house your processors using less energy?” asks Mr Robey.

He adds that migrating off dedicated servers on to the cloud and shared infrastructure can reduce a system’s carbon emissions by between 50 and 70 per cent.

Datacentres are estimated to consume around 3 per cent of global energy use. To lessen their impact, firms such as Adobe, BT and Google are looking to power their centres entirely from renewable energy. Working closely with procurement, CIOs can aim to do the same. If opting to outsource, however, CIOs should consider the green credentials of their provider. 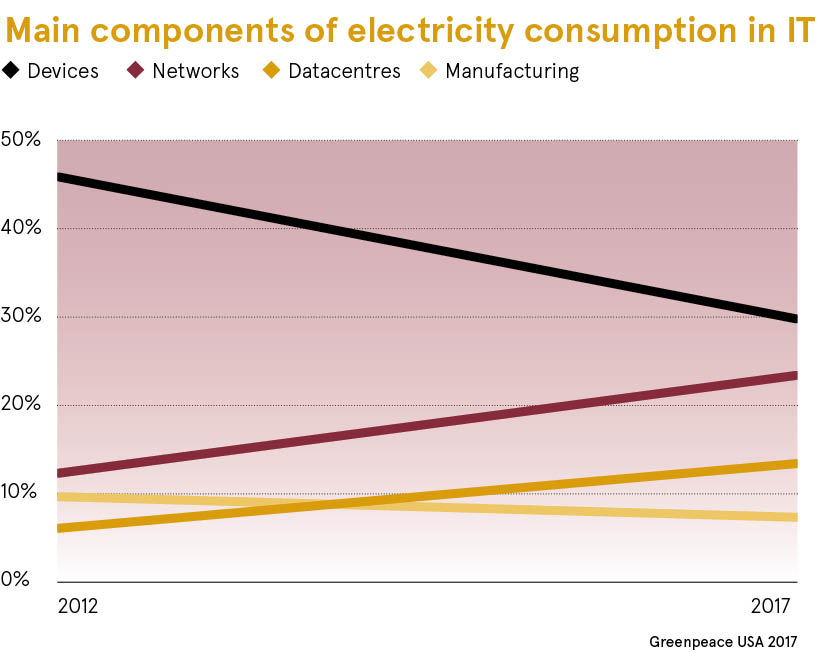 When possible Colt Data Centre Services locates its centres outside cities, where it is cheaper and easier to access renewable energy. The company is also piloting a new project to recycle heat waste from its centre in Zurich, Switzerland, to warm nearby homes and swimming pools. Chief executive Detlef Spang says this reduces waste and saves money for the client.

Mike Peirce, corporate partnerships director at The Climate Group, a non-profit organisation that works with multinational companies to reduce their carbon footprint, says the CIO can drive energy-saving policies right across the company.

“They can promote the use of video conferencing solutions to reduce travel, force devices to go into sleep mode when idle and embed smart energy management systems to automate savings, all of which can help to cut carbon emissions across departmental silos,” he says.

In addition, looking upstream, a CIO can choose to work with suppliers, vendors and business partners with strong environmental credentials, says Mr Peirce.

Apple has convinced 23 of its suppliers to commit to using 100 per cent renewable electricity. In February, BT inserted a clause in a new contract with Huawei, requiring the tech giant to measure and reduce emissions to save an estimated 130,000 tonnes of carbon dioxide.

Gabrielle Giner, BT’s head of environment, says this will in turn influence Huawei’s suppliers to invest in energy-saving technologies. 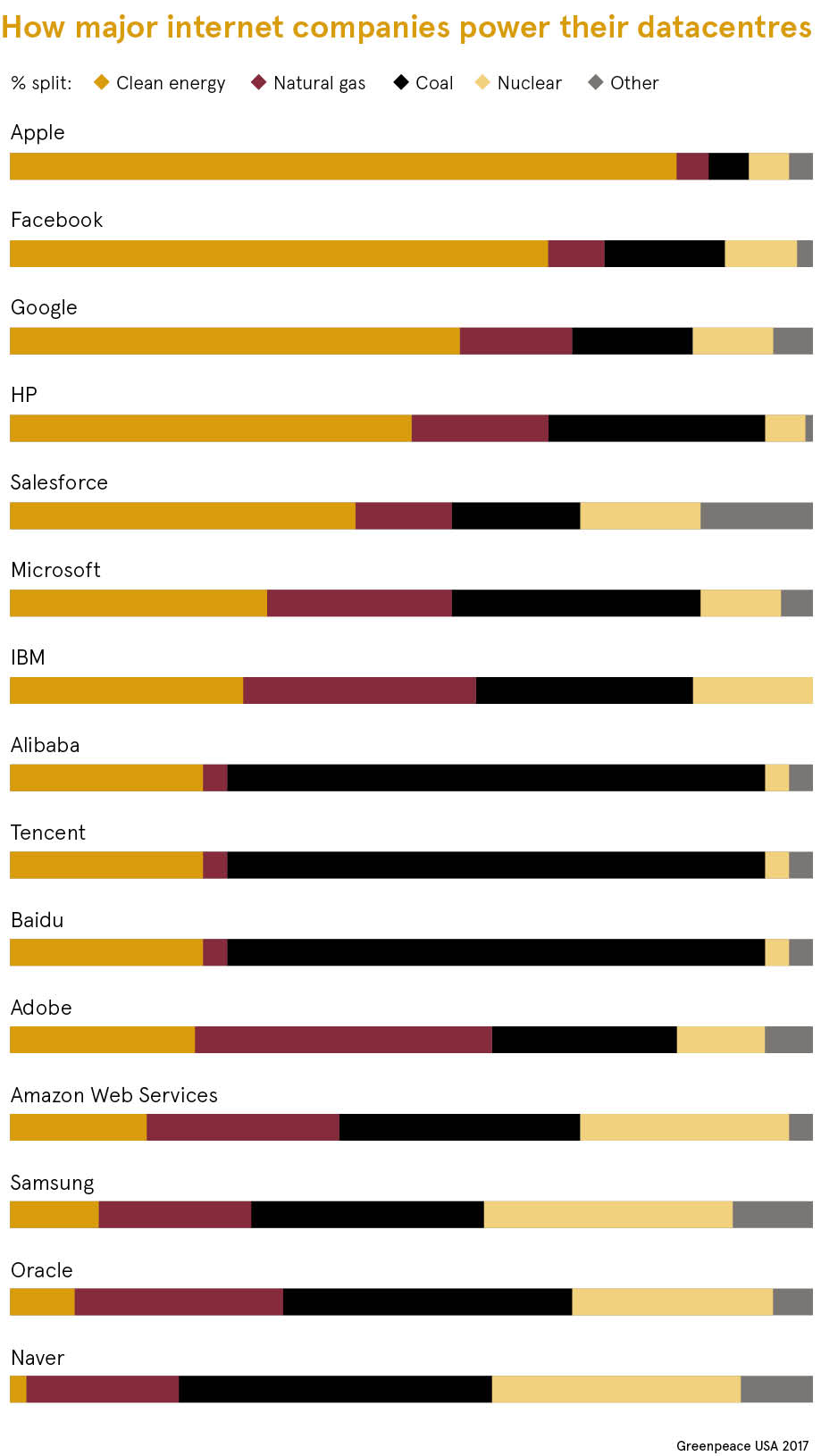 How CIOs can use IT to reduce carbon emissions

The biggest impact a CIO can have, however, is using IT to increase the overall efficiency of an organisation, according to Mr Robey.

“For instance, if you are a logistics business, one of your largest carbon impacts is fuel for transport; there is an opportunity to use IT to optimise travel routines to reduce the miles a fleet drives,” he says.

This can extend to further initiatives such as paperless billing and increasing the efficiency of construction and facility management, all resulting in reduced costs and a more productive workforce.

And while implementing green IT can seem daunting, Ms Giner says at first look to make small changes, pilot ideas, set targets to drive decisions, and take advice and learn from others.

“Once you start small and see the business case, it really cascades into something bigger,” she explains. “A good way to motivate employees is to say, this is not just about cutting down carbon emissions, but saving money and creating business growth.”