What space satellites can teach us about Earth’s water

The first colour photograph of Earth taken from space transformed our perspective. The image of our sunlit planet emerging from darkness in Earthrise would become an emblem of the environmental movement. It would show with breathtaking clarity just how abundant with water, in liquid, frozen and vaporous forms, our blue planet is.

Although many people would associate Nasa with space exploration, since the 1960s the agency has spearheaded dozens of observational missions dedicated to deepening our understanding of Earth. At this moment, a constellation of satellites orbit the planet, gathering data on oceans, ice sheets, terrain, atmosphere and freshwater.

Among them, the Gravity Recovery and Climate Experiment (GRACE) has proven one of the most consequential. Using methods similar to those employed by Nasa’s Gravity Recovery and Interior Laboratory (GRAIL) mission, which mapped the surface gravity of the moon, GRACE was launched in 2002 to detect variations in the Earth’s gravitational field and to act as a “space scale” that would measure variations in Earth’s mass.

What the GRACE mission taught us about Earth

It has provided 15 years’ of uninterrupted data and given rise to 4,300 published research papers to date, an extraordinarily high number for a single Earth science mission. In particular, it has enabled scientists to make predictions about natural disasters, weather variation and, most crucially, oceanographers and hydrologists

Some of its most significant discoveries have revealed melting ice sheets and depleted aquifers are contributing to the Earth’s rotational wobbles; a third of the world’s underground aquifers are being drained faster than they can be replenished; and a few years of heavy precipitation can cause so much water to be stored on land that global sea level rise slows or even stops briefly.

Many more discoveries are expected to be made, which is why scientists breathed a sigh of relief when, on May 22, GRACE-FOLLOW ON, a joint project between Nasa and the GFZ German Research Centre for Geosciences in Potsdam, launched.

Like its predecessor, GRACE-FO’s satellites do not carry measurement instruments, but are themselves the measurement instrument. Circling the Earth every 90 minutes, at an altitude of 490 kilometres and travelling at a speed of approximately 27,000 kilometres per hour, the satellites maintain a distance of around 220 kilometres and bounce microwave energy pulses between them, which enable the constant measurement of their relative distance to within a micron, or approximately the length of a red blood cell.

Areas of larger mass, such as mountains, exert a greater gravitational pull than areas of lower mass, such as basins; similarly ice exerts a greater gravitational pull than water in liquid form. As the satellites travel over areas of larger mass, the first satellite will accelerate causing the second to lag slightly behind. This variation in distance is the crucial measurement from which scientists can make inferences about the distribution of ice and water, and how it is changing.

In addition to the original microwave range-finder, GRACE-FO carries a new piece of Earth science equipment, the experimental Laser Ranging Interferometer, which is hoped to improve the accuracy of its measurements by up to ten times. “Better spatial resolution could help us to understand the sources of some of the changes we saw in the GRACE data,” says Matthew Rodell, chief of the Hydrological Sciences Laboratory at Nasa Goddard Space Flight Center, Washington. 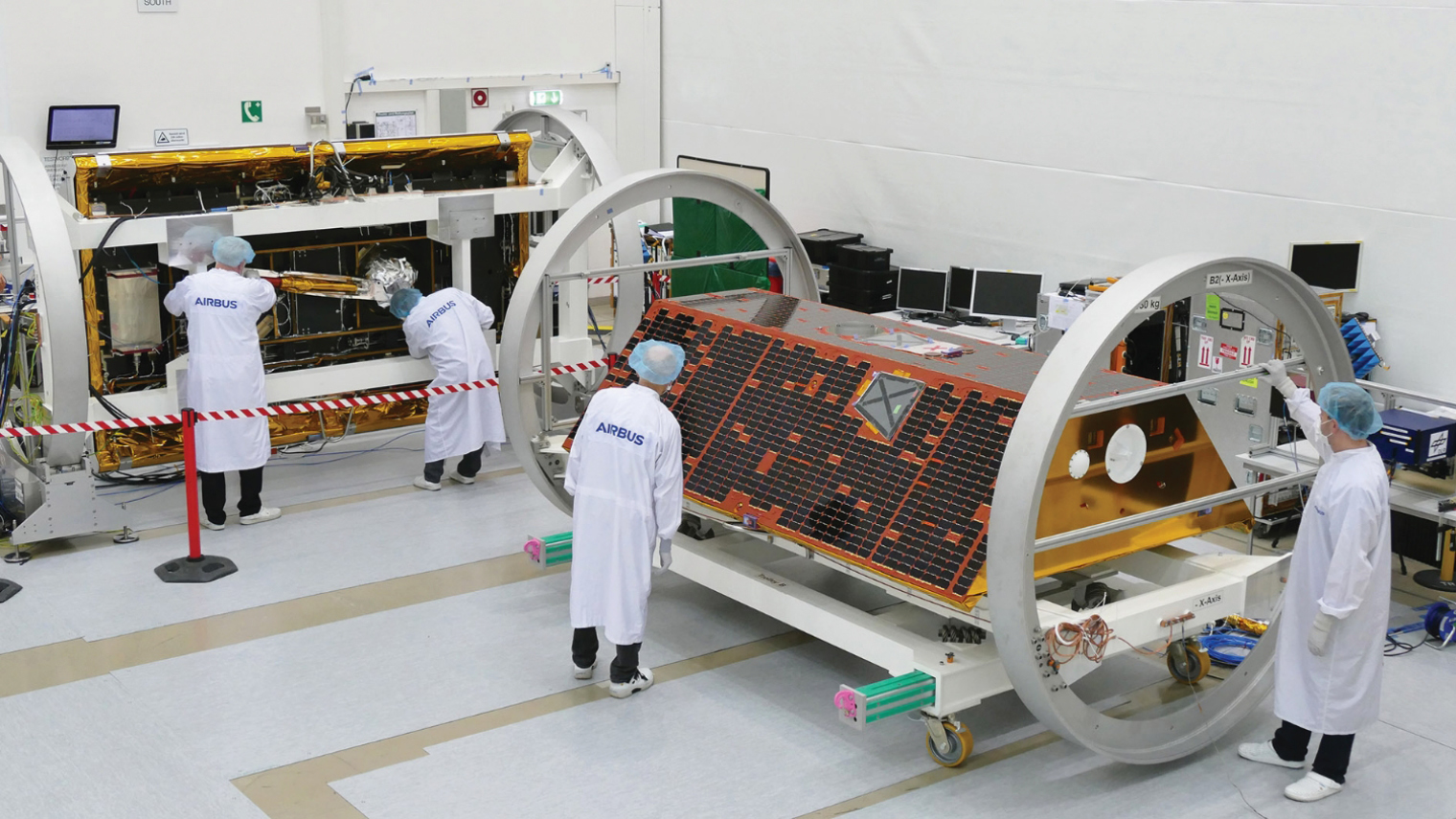 Missions must be carried out over a longer period of time

The most important aspect of the new Earth science mission, however, is its continuity. Dr Rodell has been observing freshwater supplies using GRACE data since the project’s early days. His latest co-authored research, Emerging trends in global freshwater availability, published in the science journal Nature in May, finds that Earth’s wetland areas are getting wetter and dry areas are getting drier due to a variety of factors, including human water management, climate change and natural cycles.

“We have been monitoring the GRACE Earth science satellite mission for 15 years, but you really need a longer period to say with a lot of certainty which changes are part of the natural variability and which changes may be long-term trends, which is the first thing we want to use GRACE-FO to confirm,” he says.

Earth science satellite missions, such as GRACE-FO, not only enable observations that would be impossible to make on the ground, but they also provide data on regions whose governments lack the material resources and scientific capability to undertake research in weather and hydrology themselves.

“Some of the most vulnerable people live in areas where we don’t have the data, and those areas happen to be less developed, and they don’t have the ground-based or the airborne observations that are really critical for making accurate predictions of weather,” says Dr Rodell.

His team at the Hydrological Sciences Laboratory are working on a new drought-monitoring product that will produce real-time drought maps and flooding risk. “It will show you the integration of atmosphere conditions over time and give you a sense of how deep a drought may be, or have we really recovered from a drought or is it just that rains have helped to make the surface more wet, but you could easily slip back into a drought because the deeper soil moisture is still depleted,” he says.

Satellite data also enables scientists to overcome co-operation issues between nation states, which is a major barrier to the effective management of large rivers and aquifers that cross borders. Launching in 2021, the  joint US and French satellite mission Surface Water and Ocean Typography (SWOT) will bring oceanographers and hydrologists together as international partners to monitor river flow around the world, to make the first global survey of Earth’s surface water.

This could have an enormous impact on river basins that lack usage agreements and those exploited by upstream nations to the disadvantage of those downstream, through providing hard data that can be taken to the negotiating table.

In theory, with greater knowledge of global ice and water change, governments could better manage their water resources, mitigate man-made contributions to climate change and help us prepare for natural disasters before they occur. Yet there is still one area of monitoring where data is lacking – water usage.

“There is really no way to do that from space and a lot of the information that we have around the world is voluntary or collected by states or national agencies according to self-reporting given by, for example, farmers or a particular industry,” says Dr Rodell. Hydrologists still depend on people, businesses and states to co-operate and report their usage accurately.

Even Nasa’s missions are not impervious to changing political headwinds. As recently as this summer, a question mark hung over several Nasa Earth science missions that had been slated for termination by the Trump administration, until a Senate committee restored funding.