Cleaning up mining for the sake of the planet

The global mining industry consumes vast amounts of resources from water and electricity to land and labour, not to mention the metals, minerals and earth it digs up.

This makes mining a heavy emitter of carbon. In the wake of the Paris Agreement in December 2015, when 174 countries and the European Union committed to limit global temperature rises to a maximum of 2C above pre-industrial times, the environmental impact of mining is becoming more significant than ever.

It might make sense, then, to start reducing or limiting global mining activity, but this is easier said than done as we are all reliant on the products of the mining industry. From the steel holding up buildings to diamonds set in rings and the rare earths which are essential components in smartphones, many of the materials we live with and use every day have been extracted from the earth.

Martijn Wilder, head of international law firm Baker & McKenzie’s environmental markets and climate change practice, and ranked as one of the world’s leading climate change lawyers, does not think mining should be demonised. Rather that it should adapt and improve, to meet the demands of a more carbon-conscious world.

“The mining industry is not going to disappear,” he argues. “It’s one of the most important sectors in many global economies. There is now an expectation, however, that it will become more sustainable.”

This expectation comes from consumers, and also governments, who are increasingly aware of the consequences of failing to curb carbon emissions. Unlike mining of the past, where carbon was produced indiscriminately and without financial consequence, a political, social and economic cost is now being placed on carbon.

Mr Wilder says the simple fact that governments are now placing a price tag on carbon makes climate change impossible for the mining industry to ignore. “Nowadays, if you emit greenhouse gases, you will increasingly become exposed to some form of regulation,” he says. “It’s going to pose a financial risk to your business.”

In addition, whether a small firm or a stock exchange-listed conglomerate, miners have to grapple with the fact that climate change presents a very physical risk to their output. Lukas Rüttinger, climate security expert at independent think-tank Adelphi, explains: “In addition to reducing greenhouse gas emissions, mining companies have to get serious about adapting to climate change in terms of extreme weather events,” he says.

These can simply be changes to previously predictable patterns. “Heavy rainfall and storms can damage infrastructure, leading to the flooding of open-pit mines,” says Mr Rüttinger. “Climate change can also have negative impacts on natural resources, such as land and water, increasing the competition between mining companies and local communities.” 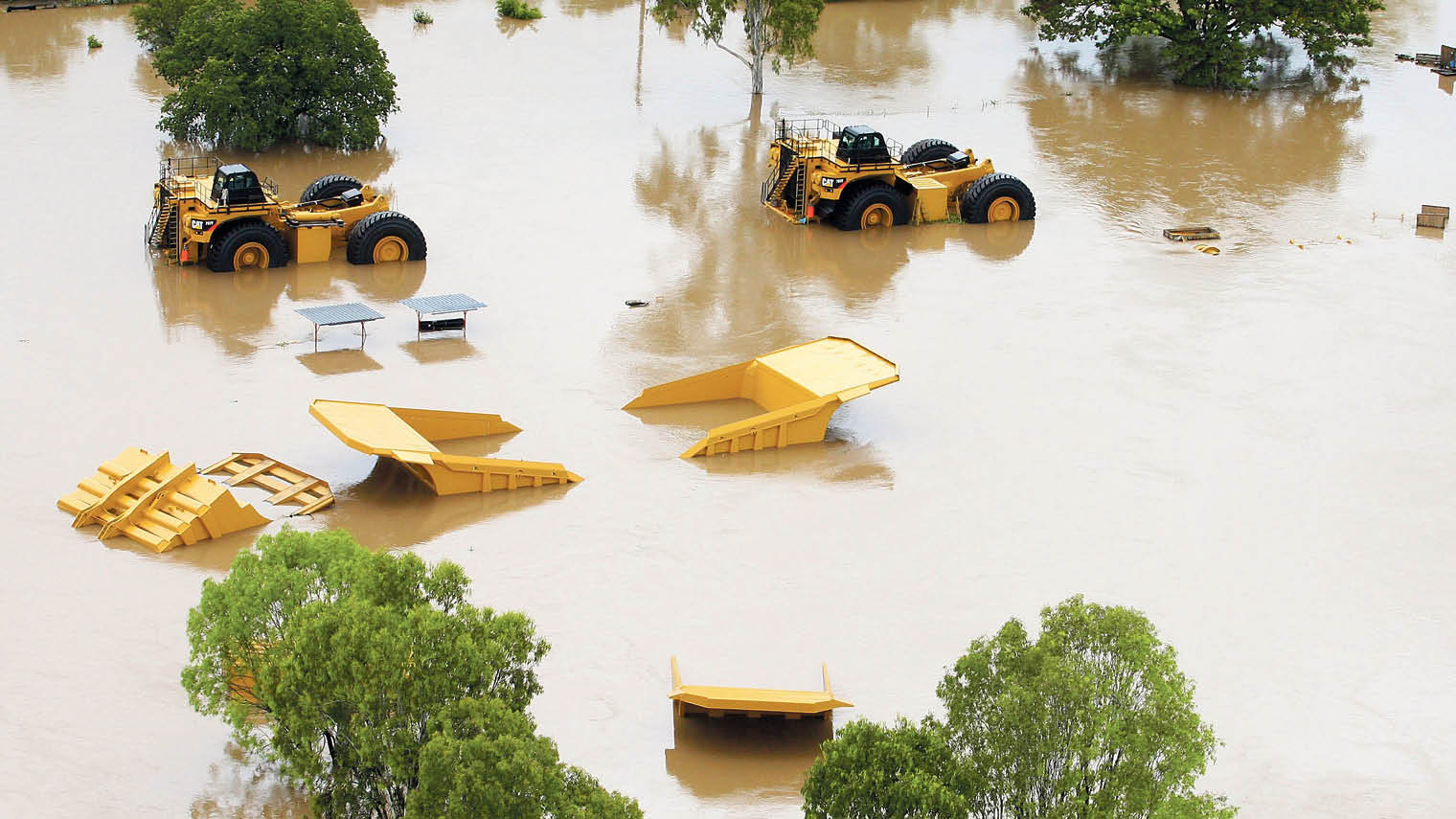 Submerged mining equipment under flood water in Rockhampton, Australia in 2011

The combination of being both a potential cause and a recipient of the negative effects of climate change means “all global mining companies are now under pressure to cut their carbon emissions”, says Mr Wilder.

His law firm works with “proactive companies which have developed pretty comprehensive climate change strategies”. He says mining firms are combating the issue via numerous methods. “Some have exited from coal or created an internal price on carbon emissions,” says Mr Wilder. “Others are trying to be more sustainable in the way they mine – the way they transport materials, for instance, or by switching to renewable energy to power some of their operations.”

Some are offsetting their carbon emissions by buying, protecting or planting forests. A number of firms are even developing new technologies to improve their carbon footprint.

Diamond giant De Beers is trying to make some of its mines in South Africa and Canada carbon neutral by 2021. To achieve this it has hired geologists and academics to refine a method of storing carbon, rather than releasing it into the air. Carbon-capture and storage research is fearsomely expensive – the UK government abandoned a billion-pound plan to develop the technology back in 2015 – but if successful, De Beers can no doubt sell its proprietary technology on to other mining companies. 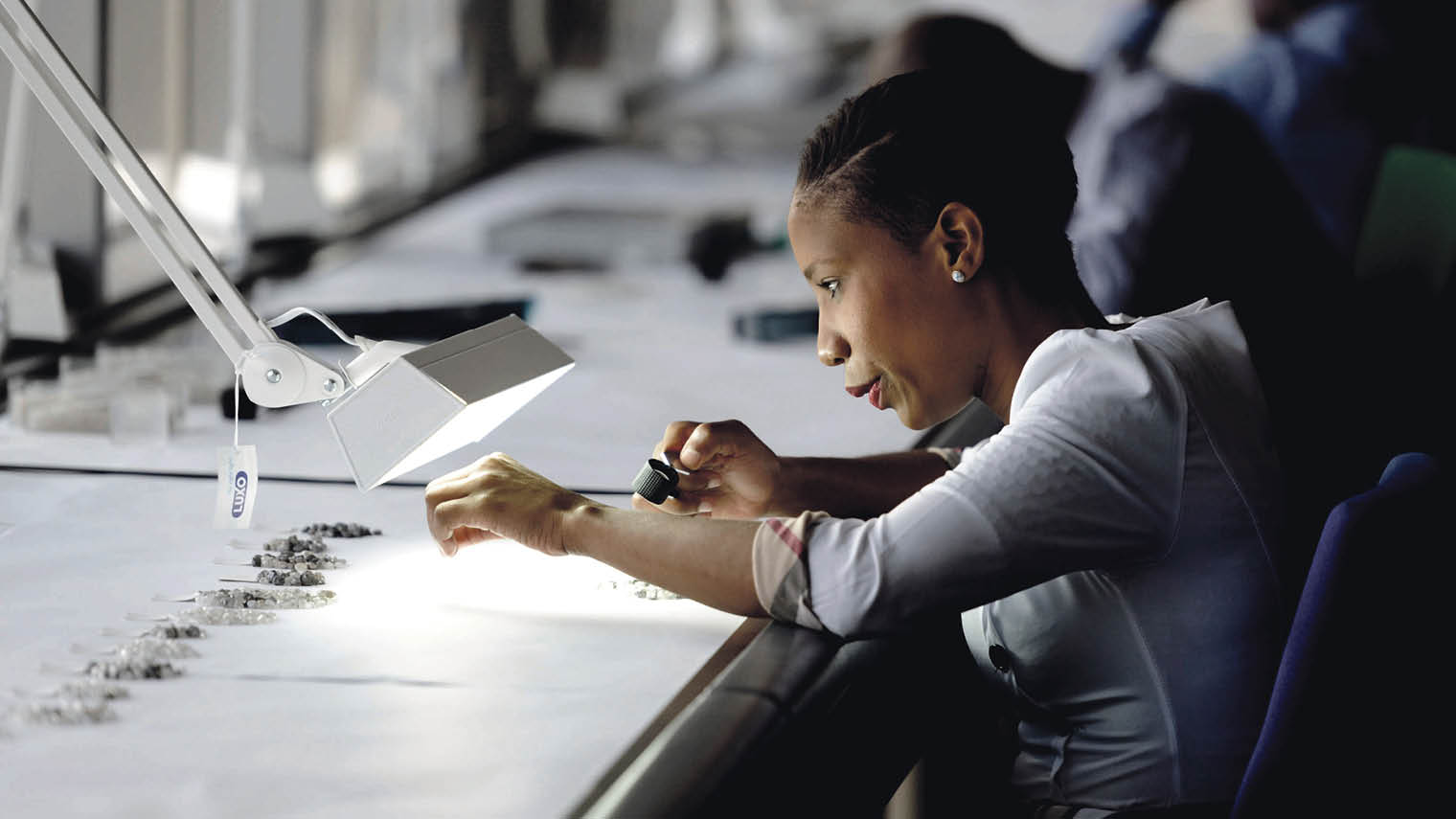 The industry’s slow shift towards renewable technologies comes laced with the irony that renewable energy generators are themselves often mineral and metal hungry. “Minerals are critical to renewable energy’s future,” says Mr Wilder. Iron ore is needed to make the steel foundations for offshore wind plants, with financial analysts Platts estimating wind turbine manufacturing will gobble up tens of millions of metric tons of steel between now and 2021. Solar panels need rarer metals indium and tellurium, and the battery storage industry, which stores wind and solar power, and is spearheaded by brands such as Tesla, needs lithium.

Countries with mineable reserves of these resources may profit from a lower-carbon mining industry. China, for example, is currently home to most rare earth mining and production, and other mineral-rich countries could also capitalise on the growth in demand for the mined resources renewable energy needs.

According to World Bank senior director Riccardo Puliti: “Countries with capacity and infrastructure to supply the minerals and metals required for cleaner technologies have a unique opportunity to grow their economies, if they develop their mining sectors in a sustainable way.”

Sustainable is the operative word. For renewables and the mining industry to retain their low-impact, low-carbon reputation, these minerals and metals will have to be mined carefully.

The global mining industry suffered a five-year period of heavy losses and depressed commodity prices, before rebounding to profit in 2016, so financial stability is no longer a given in this industry. Adding to this volatility is the emerging challenge of adapting to a new, lower-carbon future.

A cleaner, lower-carbon global mining industry is still in its infancy and, in the short-term at least, cutting carbon may cost the industry as it comes up with the technologies, techniques and strategies needed to do it. If mining fails to evolve and decarbonise, however, the cost could be far higher, both to the environment and itself, further down the line.