As income grows in emerging economies, people change their diet to include more protein. Meeting this demand is a global challenge.

One innovative solution is a radical shakeup of what farm animals eat to raise productivity and reduce environmental impact. But it’s no small matter changing the global animal feeds industry - which its trade association says is worth about $400 billion a year.

“From the feedlot to the food aisle there’s a growing realisation that the current protein supply chain cannot cope with a growing global population and its demand for protein,” says Jeremy Coller, founder of Farm Animal Investment Risk and Return, an investor initiative on sustainable farming.

Sure, more vegetarian and flexitarian diets will help. And there are innovative ideas around plant protein and using AI to increase yields. Even Tyson Foods Inc, the biggest U.S. meat company is investing in meatless meat, through a company developing pea-protein burgers. But these are unlikely to solve the protein crisis: The United Nations Food and Agriculture Organisation predicts our demand for food will rise by 70 per cent come 2050 - with demand for meat seen rising faster than this because of changes to the diet of the fast-growing middle class in Asia and Africa.

Yet  of all the plant protein we produce, less than half is eaten by humans; the rest is used to feed cattle, pigs, sheep and poultry. Even farmed fish is heavily dependent on fish caught in the wild for feed.

We need a drive towards more sustainable animal feed

Simon Billing, Protein 2040 Lead at sustainability non-profit Forum for the Future, says: “Feed is a big issue and we’re feeding too high a value feed to animals”

He adds: “We need a drive towards more sustainable animal feed.”

Potential ingredients that could step-change the feed industry over night already exist. “In many cases they’ve now been tested in the labs and are with feed producers already, some are even reaching commercial scale,” says Kate Wolfenden, co-founder of WWF’s Project X, which aims to reduce the pressure on wildlife by changing the way farm animals and farmed fish are fed.

For instance, biotech firm Calysta in Silicon Valley, with help from the University of Nottingham, are developing a sustainable fish food based on synthetic bacteria fed on methane. The factory in Memphis, Tennessee in the U.S. will be the world’s largest gas fermentation plant and will produce up to 200,000 tonnes of feed, called FeedKind. Operational by 2019, Calysta believes scale is important if it’s to have any effect on global feed production.

Alan Shaw, Calysta chief executive, explains: “Approximately 1 billion tonnes of animal feed was produced last year.  Feed ingredients that are available in anything less than thousands of tonnes per year will struggle to get any attention from the industry.”

In Europe two prominent companies, Ynsect and Protix, are involved with ratcheting up insect production for animal feed; our six-legged friends are very efficient at upscaling food waste and plant biomass into animal feed.

Netherlands-based Protix in June raised €45 million and are planning to expand their insect farming business. They already sell feeds to 12 countries in Europe. Ynsect has raised a similar amount over the last few years and now has a fully robotic demonstration plant in France.

Both have been boosted by recent changes to EU rules allowing the use of insect-based feedstocks. Fish can now be fed with seven species of insect. Work still needs to be done to ensure the insect protein can enter poultry and pig markets.

However these innovative measures have to compete with established supply chains with huge scale.  Antoine Hubert, CEO Ynsect, says: “Without a sustainability premium coming from the retailer to the farmer, innovative feed companies need to be competitive with existing products.”

“This means proposing similar or better efficiency on animal growth, conversion and survival than current solutions.”

Mr Hubert says the solution to the scale of the protein crisis demands a range of solutions. He says: “This will involve a mix of insects, algae, single-cell proteins, fungi, new crops used in feed and eventually in the long term also in human food. Diversity will certainly be key for our society and resilience in our food supply.” 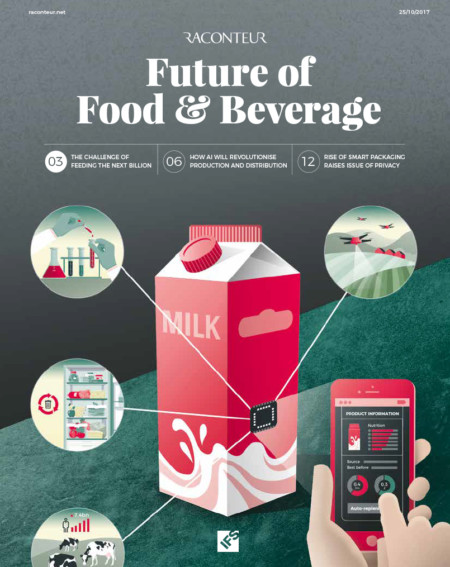