The drone on drones has reached fever pitch, yet unmanned aerial vehicles or UAVs are coming of age. Once the bastion of joystick-wielding hobbyists, jail-bound drug smugglers or missile-wielding military wonks, the tech is now taken seriously by industry.

And it could soon make a difference to supply chains. The fact that Intel created a drone show for the Winter Olympics in PyeongChang as a thing of beauty, while this year’s Consumer Electronic Show showcased ballet-styled choreography, drone racing and even one playing table tennis highlights how these flying machines are capturing people’s imagination.

“This is an interesting insight into the consumer journey towards acceptance of drones through humanisation, using technology that may have been previously perceived as slightly sinister,” explains Michelle Du Prat, strategy director at Household.

Amazon’s drone delivery plans are well documented as are Google’s Alphabet with its Project Wing, both looking to create a sky-bound logistics network. There’s an increasing realisation that there’s money to be made from flighty wares. PwC estimates that drone services could be worth more than $127 billion globally, with $13 billion to be made in transport.

“However, this market requires a lot of investment and supporting infrastructure. It’s important that the technology advances as well. Above all though there needs to be a key driver and that’s consumer need,” says Elaine Whyte, head of PwC’s UK drones team.

Nesta’s Flying High Challenge is helping. The UK’s innovation foundation is looking at drone deployment in cities. Logistics and deliveries are part of the focus. London, Preston, Bradford, Southampton and the West Midlands will soon explore how drones can operate in complex urban environments.

“In just a few years, the technology has grown from the world of DIY to systems for professionals that can tell where they are and smartly sense and avoid obstructions,” says Martin Brandenburg, managing director for Europe, the Middle East and Africa at DJI, a Chinese firm which is one of the biggest in the industry. “However, there are still challenges in their implementation and commercialisation.”

And that’s where the stumbling blocks lie. DJI doesn’t see drone delivery, at least not door-to-door, becoming mainstream for the next three years. Firstly, there are physical constraints in payloads, flight times, speeds and drone sizes. Secondly, UAVs need better sensors and on-board intelligence if they’re to perform autonomous flight beyond the line of sight.

“Another issue concerns public safety, privacy and perception. People need to be reassured that what flies above their heads is certified, regulated and quality controlled by national authorities,” says Professor Dario Floreano, director of the Laboratory of Intelligent Systems at the Swiss Federal Institute of Technology.

“I’m optimistic that perception will change. Drones are already delivering critical health supplies to remote areas that cannot easily be reached by other means.”

This is where the low-hanging fruit of drone delivery is, rather than in air-dropping a pair of trainers into a middle-class Cambridge suburb. For instance, Zipline is already flying blood and vaccines by drone in Rwanda and Tanzania, while Silicon Valley startup Matternet has been testing a drone network ferrying medical samples between Swiss hospitals.

“It’s difficult to envisage how the cost of drone delivery will ever make it anything other than high end. However, where this is less of an issue or accessibility is paramount, such as in delivery of emergency medicines, then small drone delivery could come into its own,” says Dr Sue Wolfe, strategy director at the Association of Remotely Piloted Aircraft Systems UK.

She believes that for routine larger-scale deliveries the future lies in bringing together transport systems across a multitude of platforms – air, sea and road. “This will involve an integrated approach to logistics, with the broader consideration of autonomous cargo. This could begin to revolutionise the logistics sector in the medium to longer term,” says Dr Wolfe. 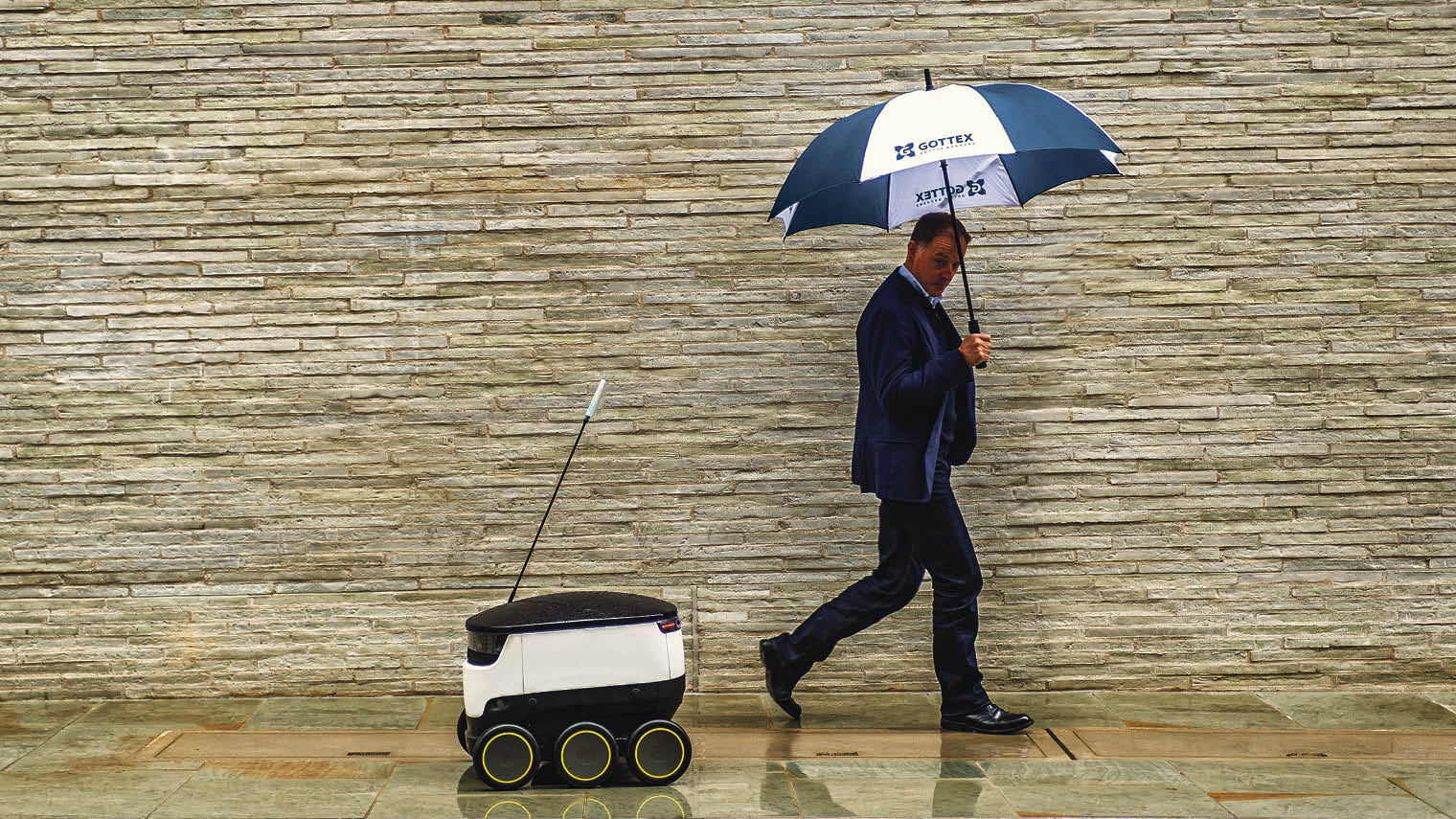 The Department for Transport’s forthcoming Drone Bill will deal with some of the issues, as is the European Aviation Safety Agency’s recently published Opinion 01/2018 document. Both will become legal requirements in a relatively short timeframe as the regulatory framework for deployment evolves.

“It is too early to say how drones will play out. The market is too difficult to predict. You cannot separate out the issues surrounding regulation, safety, efficiency and the technology,” explains PwC’s Ms Whyte. “The role of the UK government will be crucial. They’re also taking a proactive approach.”

The last mile, involving the final stretch in getting goods from a logistics hub to the doorstep, is the business battleground. Drones can look enviously at ground-based autonomous delivery robots, which are now much more advanced.

“To date they have had more success commercially. They operate at safe and slow speeds on the pavement and have many benefits over aerial drones including cost, efficiency, safety and regulation,” says Henry Harris-Burland, vice president for marketing at Starship Technologies, which is developing the technology.

“There is inefficiency when it comes to last-mile delivery. It’s a bottleneck in logistics right now and many businesses are looking to use technology to solve the problem. In the future, we imagine an autonomous ecosystem made up of aerial drones and delivery robots.”

With e-commerce growing by 10 per cent a year, the problem is getting worse, along with congestion and pollution from delivery vans. US researchers have found that emissions are less for drone deliveries in some instances. Droning on, this could be the next testing ground.