The coronavirus pandemic has rattled, or in some cases completely dislocated, supply chains the world over, but some see this as an opportunity to drive real change in the system 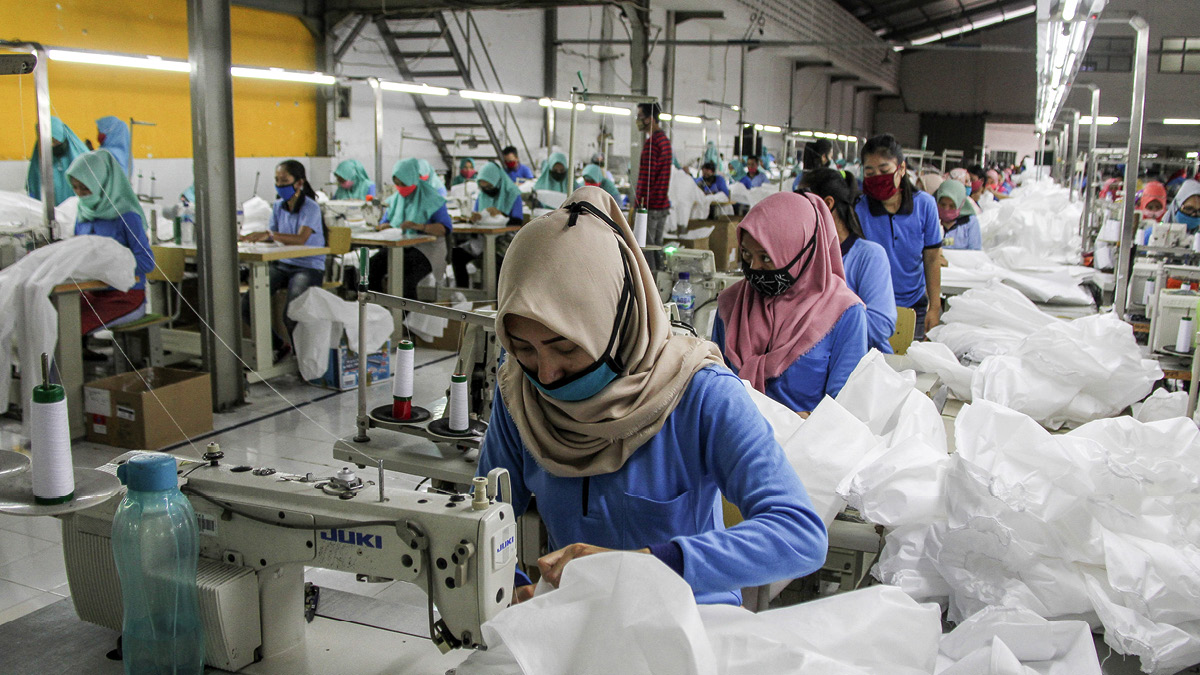 There are worst-case scenarios for procurement managers, then there’s the coronavirus. Disruption to cross-border trade and just-in-time production is unprecedented in modern times. Try to procure medical supplies right now and you’ll find that more than 50 countries have put up restrictions, making a mockery of resilience in supply chains. COVID-19 hasn’t just infected people, it has spread contagion in global trade.

“It is the first time since the end of the Second World War that both supply and demand have been completely disrupted simultaneously,” says Uwe Weiss, executive vice president at Blue Yonder.

The ripple effects are only now being understood. Expect up to six months of supply chain disruption and that’s after business resumes. The outbreak is a real wake-up call, but there are also opportunities.

“More than 90 per cent of Fortune 1000 companies have second-tier suppliers in Wuhan, the central Chinese city where the virus was first detected. Many had little or no interaction with them. This risk to the global supply chain is phenomenal,” says Roberto Battistoni, consumer products solutions lead at IBM Global Markets.

The pandemic is exposing a myriad of cracks in a global system that companies have been optimising for a decade. Sustained economic growth has allowed businesses to make supply chains as lean as possible, supplying goods rapidly and cost effectively around the globe. “Rather than being lean, supply chains have accidentally become frail; they’re simply not resilient enough to react when things go wrong,” says Weiss.

In the wake of COVID-19, supply chain managers are now trying to minimise risks and reassess whether supplies from single-source factories in the far recesses of Asia, particularly China, are a good thing. Certainly, there’s never been a time when being agile is more valuable.

“Right now, cash management is a priority, especially during a large-scale economic downturn,” says Tim Burt, customer insights manager at Procurement Leaders. “Going forwards though, there is definitely a need for more visibility in supply chains.”

Managers are dusting off contracts and scrambling for more clarity from suppliers. They’re also learning the hard way, through a scarcity of goods, long lead-in times or even supply chain collapse. “It’s usually not the tip of the iceberg that impacts you, but what lies under the surface,” says Brian Alster, general manager for third-party risk and compliance at Dun & Bradstreet.

Data has never been so vital. Yet companies don’t always share huge volumes of it along global supply chains, with each company collecting information in silos. Real-time data and joined-up thinking are a luxury. Full transparency is a pipe dream for many and full digitalisation a long way off. The crisis highlights where change is needed.

“If you don’t have full visibility into data, it will provide little insight into which decisions to make. Currently, companies are questioning whether new tools should be acquired in light of shrinking cash flow. Technology is the only way to have visibility into assets across extended supply networks,” says Rob Harrison, managing director for SAP Concur in the UK.

There’s now a consensus that more resilience in supply chains will be needed in the wake of extreme uncertainty. For some this involves building up stockpiles and buffer inventories to provide more give in the system, but warehousing comes at greater cost. This is what just-in-time deliveries aimed to resolve.

“Splitting supply chains could be one answer. This may also mitigate risk, so that if one stream fails, the other in a different jurisdiction with different impacts may be able to continue supply,” says Will Robertson, partner at Osborne Clarke.

Expect multiple aftershocks as well; with initial stabilisation and the beginning of the recovery other issues may come into play. “The simultaneous relaunch of European production sites will create spikes in demand for raw materials, sub-components and other supplies, causing a so-called ‘bullwhip’ effect. A high level of uncertainty will likely remain,” says Cornelius Herzog, principal for logistics and supply chain at Oliver Wyman. 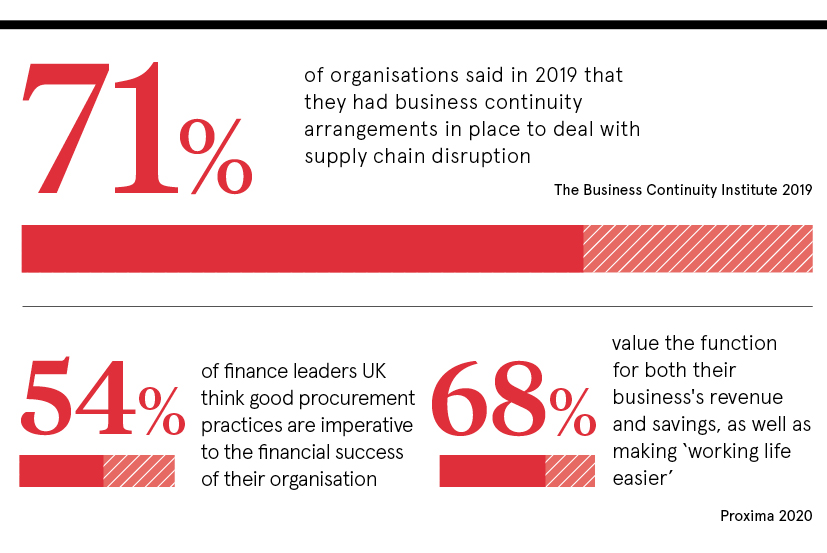 A chance to drive change in procurement

On the positive side, supply chain managers have never had so much clout within a business. Human agility and judgment have come to the fore in this process. It’s become a golden opportunity to ask for resources so procurement leads can get to know their supply chains better. Due diligence for new vendors will also become more vigorous.

It is also a time to rethink the underlying processes that govern procurement and resilience in supply chains. The traditional approach has long been to plan each functional area of the chain independent of each other with a focus on optimising demand forecasts, before worrying about supply capacity.

“This disconnected approach rewards functional prowess over end-to-end supply chain excellence. Managing the whole chain is a team sport. The first step to building resilience in supply chains is to connect everyone and everything to a singular version of truth and to lift the fog between functions,” says John Sicard, chief executive of Kinaxis.

Blockchain is rearing its head as one answer, as are other digital transformation technologies. “For many businesses, the pandemic has forced their hand. When everything is back to normal, supply chain managers must remember that in their hour of need, they turned to digital processes to keep going. To revert back to inefficient practices would be incredibly damaging,” says Procurement Leaders’ Burt. There lies the future.