Order a pizza using Deliveroo or Uber Eats and it’ll be prepared and cooked fresh and delivered to your door within half an hour. Order some clothes or non-perishable items from an ecommerce site and they could take five to seven days to arrive. Receiving goods shouldn’t be this complicated: last-mile logistics need remapping.

How can you make parcel delivery more efficient?

Couriers will typically use software that optimises their daily route based on the postcodes of the multiple deliveries they’ll have to make. However, a report by Capgemini, released in January, found last-mile delivery accounts for 41 per cent of total supply chain costs, so surely there are ways to make delivering parcels more efficient?

It’s a question small-business owners such as Dhruvin Patel, an optometrist and founder of Ocushield, find themselves asking a lot. Mr Patel’s company offers a range of blue light-filtering products to reduce eye strain when using smartphones and computers.

“The whole non-delivery part of the last-mile logistics is very tedious. It wastes time for both the courier and our customers. If delivery companies could calculate the possibility of someone being at home at a certain time, then the success rate of delivering first time would increase,” he says. 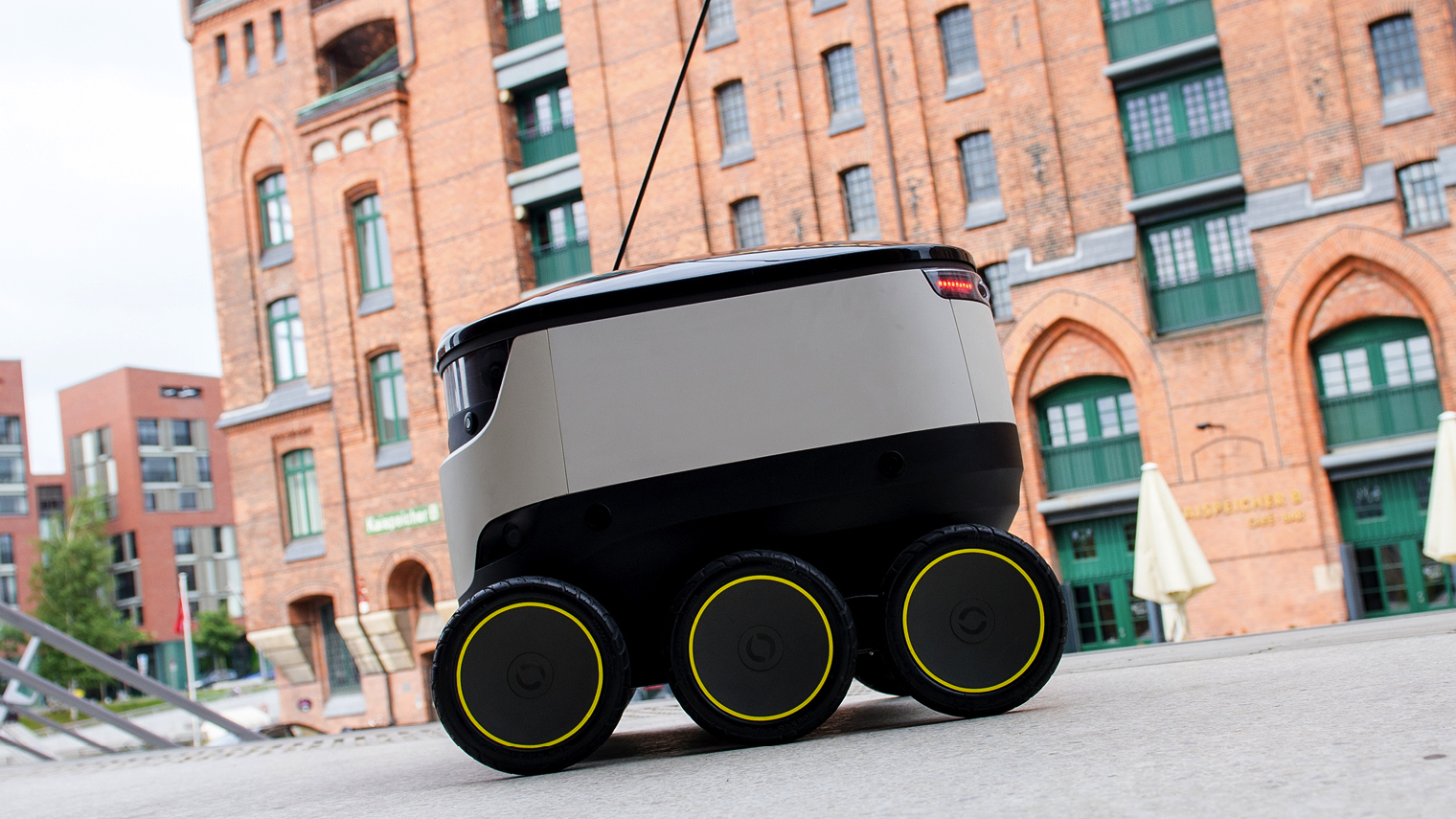 Fortunately for Mr Patel, Locpin is trying to take the guesswork out of delivering parcels. Its elocation service links GPS data to phone numbers and email addresses to pinpoint the exact location of where recipients would like a delivery to be made. This is ideal for the average busy professional, who is generally always on the move and unable to wait around at home during a delivery window, knowing there is no guarantee the parcel will even turn up at the time allocated. Last September, Locpin was one of eight startups selected to join Iceland Food’s innovation lab.

According to co-founder Guy Davenport, Locpin attaches a real-time location, accurate to within three metres by three metres, to an individual rather than assign a delivery a physical address. This means that couriers could, in theory, hand over parcels down any street and by the side of any road.

“The postcode system was never designed to facilitate the transit of such a high quantity of goods,” says Mr Davenport. “Delivery companies could save millions each year by reducing each courier’s route by one mile per day.”

Couriers are not only under increasing pressure to meet targets and deliver on time, they also have to navigate congestion in densely populated areas. According to Renault, last-mile deliveries account for around a third of all urban traffic.

A spokesperson for courier giant UPS says one of the more convenient options for the firm, which works around customers’ schedules, has proven to be its network of Access Points, including smart lockers, around 2,800 of which can be found across the UK alone. “By delivering to an alternative location, we can make more successful first-time delivery attempts and it allows a number of packages to be consolidated to one convenient location,” the company says.

The future for smart lockers

Smart lockers are clearly ingenious, but of course there are logistical issues as well. Customers need to live or work in close proximity to one for it to be wholly convenient. Also not all these lockers will be accessible 24 hours a day, such as those in shopping or leisure centres, and this isn’t ideal for those customers who work late into the evening.

A way to solve this conundrum could be customers having their own smart lockers at their front doors or on their porches. It’s something that Chinese ecommerce powerhouse Alibaba has been exploring with its Cainiao Smart Locker concept.

Mark Adams, vice president and general manager at BigCommerce UK, Europe, Middle East and Africa, isn’t convinced that personal smart locker solutions are what consumers will want, at least in the short term.

“I remember Amazon testing a programme in the US last April that made it possible for Prime members to have packages delivered to the boot of their car,” says Mr Adams. “Amazon reported limited interest in the programme. To me, it felt more like a stunt than a serious solution and I expect that smart lockers outside homes would largely be met with the same reception.”

At the end of the day, consumers only care about two things when it comes to delivery: convenience and cost. While the placement of smart lockers would certainly be convenient, it’s not a fix-all solution, argues Mr Adams.

“It places the onus on the customer to purchase and maintain their individual smart locker, without being provided with any explicit return on investment,” he says.

Another way ecommerce companies could look to improve last-mile logistics, according to Mr Adams, is to leverage transaction data to identify the most-valued customers and then provide them with advanced product access and smarter, expedited shipping.

“Knowing who the VIP customers – those who have a high lifetime value – are is one thing, treating them to a personalised VIP experience, which drives trust and loyalty at scale, is more difficult,” he adds.

Could smart addresses be the secret for better last-mile logistics?

Sometimes deliveries won’t arrive regardless of “guaranteed” speed and efficiency. If a customer mistypes an address, a parcel is more likely to end up in the wrong hands or back at a depot than reach its final destination.

In an attempt to reduce the likelihood of this happening, Naviaddress, a startup headquartered in Cyprus, has developed a blockchain-based platform for address verification that encodes and stores relevant information, including details of a physical address, route directions and photos for visual reference. This information can be shared and accessed securely.

More than 2.4 million digital addresses have been created so far and there are some 1.8 million businesses worldwide using the system. Russian delivery firm ExpressRMS and DPD are two of the startup’s current partners.

“In a world where we have smartphones, smart cars and smart homes, it makes sense for addresses to become smart as well,” says Yulia Pohlmann, Naviaddress’s chief marketing officer. “The last-mile logistics challenge is not only about improving the delivery for the courier, but it’s also about when the delivery works better for the customer.”