The fantasy that any of us could wear a device containing superhero technology which transforms our regular human body and gives us superhuman powers is more of a reality than you might think.

Since the first paper comics of the 1930s to the latest computer-generated imagery in blockbuster movies, the unique inventions created by superheroes over at Iron Man’s Stark Industries labs and down in the depths of the Batcave have captivated the imagination of generations of fans.

The truth is many of these technologies already exist today thanks to advances in nanotechnology and materials research giving us all the potential to have a superpower or two, leaving only one big question: which one would you choose?

1. The ability to fly 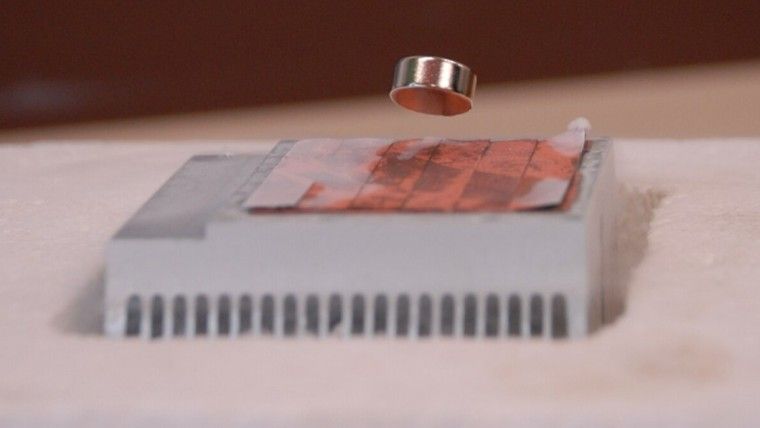 Flying is usually the most popular superpower that people want and, with the development of wing-suits and jetpacks, some of us have already achieved this goal. Scientists have been working hard on incredible materials called high-temperature superconductors, which not only conduct electricity with no resistance, but also repel surrounding magnetic fields.

Superconductors are an exciting material for renewable-energy transfer as they have the potential to transfer electricity over large distances without losing energy along the way.  However, with their magnetic repulsion properties, wearing a pair of superconductor boots could allow you to silently levitate without friction or traffic slowing you down.

But a couple of challenges remain. You will need to keep your warmest socks on, as even high-temperature superconductors require conditions below -100C, and a magnetic track would need to be continually laid out underneath you in the direction you want to go.

With recent studies uncovering the secret mechanism of how charge-density waves give superconductors their incredible properties, the reality of levitating boots working at room temperature is getting much closer. The technology is being used commercially with Japan’s magnetic levitating SCMaglev train, which at 581km per hour is the world’s fastest – but not as fast as Superman who apparently flies faster than a speeding bullet, topping 4,000km an hour.

2. Hanging from the ceiling 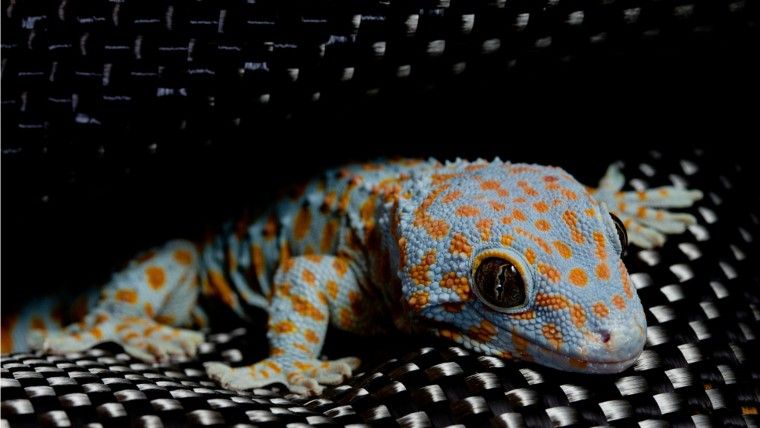 If your preferred mode of transport requires a little less speed and a little more friction, then synthetic setae might be your sticky superpower selection. Setae are the microscopic hairs found on the feet of a gecko. The hairs branch out into tiny nanoscale flat-ended spatulas which interact with surfaces through van der Waals forces.

These forces on their own are very weak, but geckos have millions of them resulting in a huge surface contact area relative to their bodyweight. All these tiny hairs working together enable a gecko to support its whole body on just one toe. The lizard could support your body weight if it used all four of its feet.

Scientists have created several different dry adhesives designed to mimic the gecko structures by making high-aspect-ratio polymers with flat ends or long, thin carbon nanotubes nestled together as mini brushes. Both designs have been successful in producing re-useable sticky tape for gluing or hanging structures as well as footpads for robots climbing on different surfaces.

Work is currently underway on making these dry adhesives cheaper to manufacture so each of us can realise our childhood dream of hanging from the ceiling, using sticky gecko-inspired gloves. 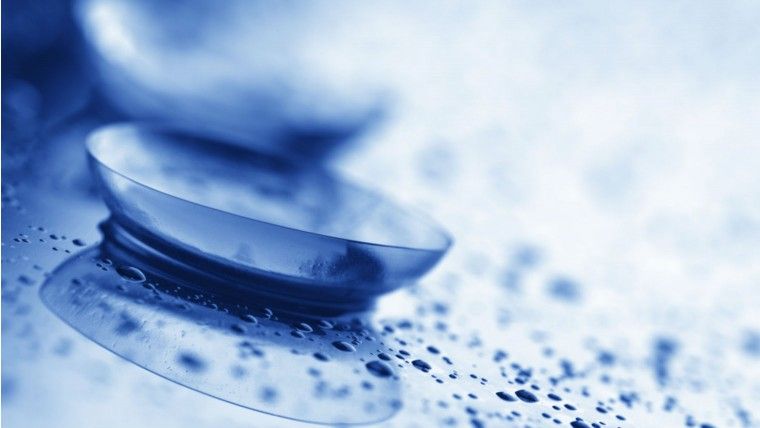 Ever wanted to see who is in the next room or even if there’s any food left in the fridge without opening a door. The ability to see through walls is being made possible using signal-amplified radar antennas. Superhero vision would have the advanced capabilities of being able to pick up the entire infrared, visible and ultraviolet light spectrum giving a much more diverse set of information about the world around you.

Since 2003, graphene research has led to some of the most exciting discoveries in materials research so far this century. With its unique ability of being extremely stiff yet highly elastic, having electrical conductivity that far surpass those of silicon and being able to form an almost invisible single atomic layer of carbon, graphene is being hailed as the material that will change the way we build electronics, batteries and water purification devices.

When it comes to light, graphene is capable of detecting a wide spectrum of wavelengths and researchers have found that sandwiching it between an insulator creates a quantum tunnelling effect which can be integrated in a transparent contact lens for a new field of vision.

This superpowered lens would enable you to see clearly at night, watch blood flow beneath skin and view the temperature of different surfaces through a thermal heat image. 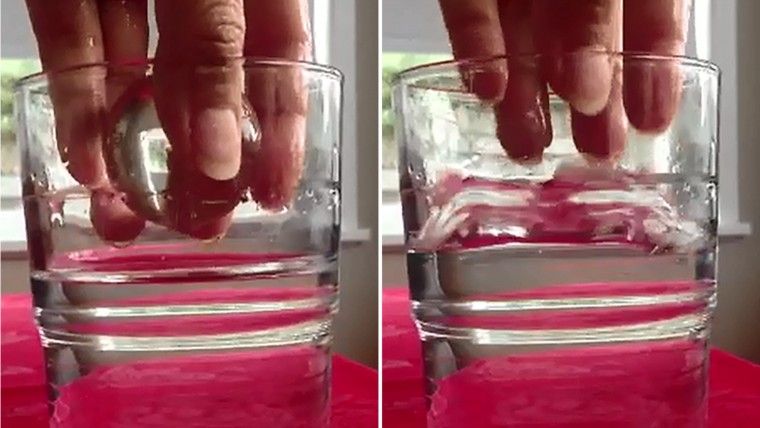 If peace and quiet in your own sanctuary is more your cup of tea, then hiding from people wearing graphene vision lenses using an invisibility cloak should be next on your wish list.

When light travels in a material it is typically slowed by an amount dependent on the properties of the material. The fraction of which the speed of light is reduced is called the refractive index and can be seen when you look at a straw in a glass of water as the submerged portion appears to be bent due to water and air having different refractive indices.

Metamaterials have the unique capability to bend light and sound waves in the opposite direction, guiding the waves around an object making it appear invisible

Metamaterials are materials with specific and unnatural atomic arrangements which have to be artificially created in a lab. Scientists have been able to position these atoms in a specific way that tunes the refractive index to a near-zero or even negative value which is the opposite of how natural materials behave with light.

This gives metamaterials the unique capability to bend light and sound waves in the opposite direction to what is expected, guiding the waves around an object making it appear invisible.

Currently metamaterials are being used to improve the bandwidth of static antenna; however, research into electrically active metamaterials is being carried out with the hope of creating battery-powered invisibility cloak devices that guide different frequencies of light over objects preventing them from being seen visibly and by radar and sound detection. 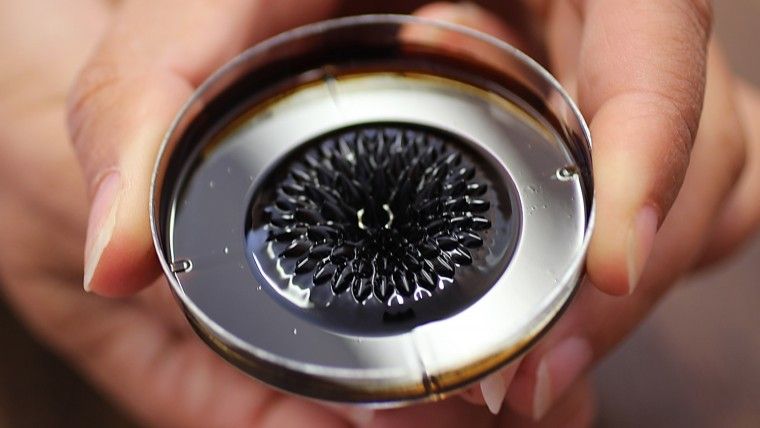 Finally, if you want a full protective bodysuit, then you could build a whole-body advanced composite exoskeleton. But they tend to be a little on the bulky side. Something a little less obvious and more comfortable would be to choose flexible liquid armour as your superpowered protection system.

Encased in a vest or bodysuit, liquid armour flows around effortlessly until something hits you hard and fast, then the armour instantly transforms from a liquid to a solid absorbing the energy of the impact and preventing the object from penetrating through to your skin.

There are currently two types of liquid armour being developed, one based on a shear thickening fluid containing silica particles, the other being iron nanoparticle magnetorheological oil.

Shear thickening fluids are easy demonstrated at home by mixing equal parts of corn flour with water and then punching it. The fluid mix will instantly solidify if you hit is fast enough, but will remain a runny fluid if you move your fist through it slowly.

The concept is exactly the same in silica particle fluids and these have been integrated with Kevlar fabrics to create modern bullet-proof vests. Magnetorheological fluids, also known as ferrofluids, require an electrical current to be activated, so instead of suits, foldable blankets are being designed which can be thrown over potentially dangerous objects and then activated into their solid form to protect bystanders from a possible explosion or flying shrapnel.

The possibility of starring in our own superhero life story is possibly more science fact than science fiction. The next step is to go out and make friends with a materials scientist, who happens to have a fully equipped lab, and get started on building your own personal superpowered technology device.