AT Kearney has found that every single one of the 30 top-performing companies listed on the Standard & Poor’s 500 Index, in terms of total shareholder return over a 20-year period, consistently promoted and developed chief executives from within.  Evidence of the dangers of not getting it right can be seen in high-profile cases involving some of the UK’s biggest organisations.

When done well, succession management accurately maps “supply” of talent against “demand”, based on current and future business objectives, ensuring a seamless transition when change is required.

Yet it is an area that is being neglected by some organisations. According to a 2015 global study, Succession Matters, by Korn Ferry of more than 1,000 executives, just 36 per cent are satisfied with their succession management programmes and even fewer, just 23 per cent, say they have a solid pipeline of “ready-now” candidates to fill leadership positions.

Korn Ferry’s research found most leaders believe the right ratio of internal to external appointments is 2:1; however, the majority reported they were forced to go externally more frequently than they would like to.

“Organisations know it’s important, and the risks of leaving it to chance are clearly visible,” says Steve Newhall, managing partner for Korn Ferry Leadership and Talent Consulting. “Everybody pays at least lip service to talent being their greatest asset and yet the barometer has been slow to move over the last five years.”

There are a number of reasons why organisations’ approaches towards succession management can fall short. Often there is a tendency for managers to overrate the performance of their direct reports. They also confuse high performance with high potential, resulting in the wrong people being identified as highest potential senior leaders.

There are  common wider organisational failings, including neglecting to consider what skills the organisation will need in three years’ time or being unwilling to differentiate the development of talent.

“Development is not a democracy,” says Mr Newhall. “You have to make tough choices about where to focus precious development opportunities and funding based on the gaps that you are seeking to close – these are different for each individual.” This is compounded by the common practice of promoting people based on their past achievements, rather than the skills the organisation will require in the future.

Instead it is advisable for organisations to consider the long-term talent supply chain, aiming to identify and foster multiple generations of future possible chief executives in their business at any one time, ranging from the current leader through to those in more junior managerial roles, as suggested by Jim Peters in Korn Ferry Institute’s The Seven CEOs 2014 white paper.

“In years gone by a junior executive would have about 20 years to get themselves ready for a C-suite position,” says Mr Newhall. “Now with the average age of a board-level executive being between 40 and 45, you need to identify people in their early-30s, who may have had very little direct leadership experience at this point, and place your bets on those.

“You need to manage role and development opportunities forensically to ensure this talent is able to progress, while at the same time accepting that, if as an organisation you are successfully developing people, you will inevitably lose some of them along the way. It is better for an organisation to have three potential chief executives in the pipeline as opposed to being forced to look externally. I have yet to meet a CEO who has complained about having an excess of talent in the organisation.”

Effective succession management has at its foundation the integration of overall leadership and talent strategy with the business strategy. It should incorporate robust talent reviews, including the assessment of potential and identification of the capabilities of a broad base of the companies’ people, not just a select few.

Ultimately, organisations that can put in place effective succession management practices will be in the enviable position of looking outside for new talent only when they choose to, rather than when they are forced to. 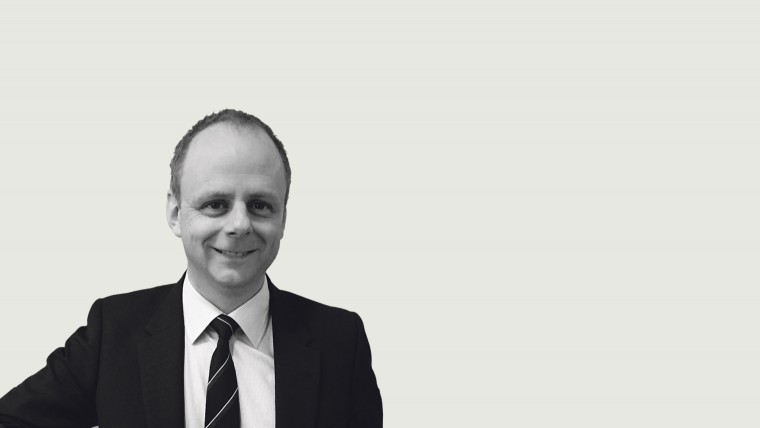 With approximately 133,000 employees and a leadership group of 400 people based around the world, effective succession management is essential for global healthcare company Novartis.

“It’s all about having the right people, in the right place, at the right time to make sure that we’re developing the organisation now, but also for the future,” says Chris Howarth, global head of talent management and organisation development at Novartis.

The talent management team at Novartis has worked closely with the organisation’s leadership, identifying new growth areas, markets and models, and then tying those back to both the skills that will be required for the leaders of tomorrow and its current capabilities.

In practice, this has seen the implementation of its “organisation and talent review process”, under which every manager from the most junior position right up to the executive committee is assessed to identify their skills and potential, and any gaps that will need to be addressed before that person can progress. The direct support and engagement of the chief executive is critical in ensuring this works well, and is a key success factor at Novartis.

“At every level there is a one-over-one review by the manager above, looking at people’s leadership potential, development plans and where they’re going in their career, and that rolls all the way up the company,” says Mr Howarth. “We have 20,000 to 25,000 people being reviewed in any given year.” To complement the annual process, Novartis also conducts monthly talking talent sessions throughout its units to ensure a frequent dialogue takes place.

Korn Ferry’s framework has been particularly useful here, says Mr Howarth, with its emphasis on learning agility and on recognising everyone has potential. “We now get a rich picture of the talent in our organisation, not just focusing leadership in the general management track, but also considering specialists, such as research scientists or manufacturing professionals,” he says.

The review process can see individuals transferred from one division of the business to another to gain the experience they need. “Every year we have up to 1,000 moves across divisions, which means we’re harnessing the diversity of our people across the business,” says Mr Howarth.

The overall Novartis HR strategy looks to build an integrated approach to the people agenda. The emphasis on succession planning has required a close link-up with existing talent management programmes; something which is helped by the fact that Mr Howarth’s team’s remit extends to everything from hiring to learning and development. “We’re trying to integrate succession planning with the whole talent spectrum, so when we’re hiring people, we’re already thinking about gaps in our succession plans and whether people will fit the culture we’re trying to build,” he explains.

The efforts Novartis has put into talent management and succession planning are already paying off. In the immediate aftermath of the creation of Novartis, when Ciba-Geigy merged with Sandoz in 1996, some 80 per cent of the organisation’s executive positions were filled externally. Today, it is the opposite, with 80 per cent filled by internal talent.

Mr Howarth notes that talent management is a job which is never finished and he is already thinking about what’s next. “We’re working on becoming more predictive around workforce planning. Building on good foundations, we’re increasing representation from emerging markets, such as Asia, Latin America and Africa,” he says. “We’ve put in place a great framework on which to build.”

Our measure of success, says Mr Howarth, is that 70 per cent of executive positions at Novartis now have a succession pipeline. “Our efforts have been noticed externally; we are proud to have been recognised in the recent Aon Hewitt Top Companies for Leaders study as the number-one global healthcare company and as the number-one European company.” 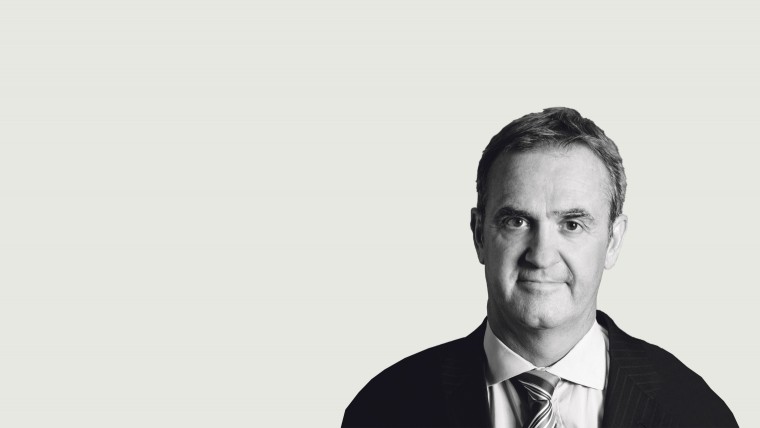 Richard Emerton, managing partner Europe, Middle East and Africa, board and CEO services at Korn Ferry, has the answers…

Q. What is different about chief executive or CEO succession compared to other roles?

A. Many organisations and executives view promotion to chief executive as just the next rung on the career ladder and a natural evolution from being a divisional head. But the role of chief executive is hugely different from any other and few are equipped to take it on.

And it’s not just the tsunami of new stakeholders, such as investors, the board, regulators and so on, that make the job different. More fundamentally, the leadership qualities and skills required are different. Executives who do not understand this are often let down by continuing to apply leadership models that have made them successful in the past, rather than adopting the new models required.

Put simply, divisional managing directors are typically drivers of performance, controllers of costs and “pullers of levers”. Chief executives are coaches of other leaders, setters of direction and vision, orators and statesmen.

When we work with boards to help them understand an executive’s readiness to become a chief executive, we run the executives through an intensive two-day simulation process designed to put them in the position of a chief executive. We can then observe, rather than just infer, how well they have understood this critical transition. Of course, until you have been a chief executive, it’s difficult to grasp the nature of this. However, we tend to work with boards and successors up to four years ahead of a succession event. This allows us to design truly relevant and focused development journeys for them.

A. The events of the global financial crisis and the large number of corporate failures during that period showed that many companies did not have developed internal chief executive successors. Today, both investors and regulators understand that a properly managed process of leadership succession is a major driver of long-term, sustainable value creation.

In the United States, the Securities and Exchange Commission has changed its proxy rules to require companies to respond to requests from investors for details of the CEO succession process, and in the UK the Financial Reporting Council is embarking on a consultation process this year with companies and investors to get their views about the subject. The heat is rising.

A. Leadership risk is as important to boards as all other types of risk. CEO succession cannot be regarded as an irregular episodic event to be dealt with as it arises. We advise boards to take control of the CEO succession agenda and manage as an ongoing process of risk management. In many ways the best time to start considering the next chief executive is the day you appoint the current one.

The required profile of the next chief executive should be developed aligned to the business strategy, and with input and agreement of a wide number of key stakeholders, and potential candidates should be thoroughly assessed against this profile. Internal successors should be compared against best-in-class external candidates.

A final point is to consider multiple moves and generations ahead. Boards need to think one, two or even three chief executives down the line.