The chances of survival and avoiding disability after a stroke are improving, but worrying regional variations remain and research funding is poor

For too long neglected by the NHS, stroke care in the UK has made big advances in recent years. Traditionally seen as a consequence of ageing that led inevitably to disability or death, it was often treated fatalistically. Now that has changed.

“We’ve come a long  way in reframing stroke as a condition people can survive and that is not an incurable part of ageing” says Patrick Olszowski, campaigns director of the Stroke Association. “The reorganisation of acute stroke care in London and Manchester has been wildly successful and more patients nationally are being treated in stroke units, where results are better. The issue now is improving rehabilitation so we don’t let patients languish. How do we make sure that a good life after stroke is possible?”

Few conditions have had their care monitored as carefully as stroke, thanks to the Royal College of Physicians’ Sentinel Stroke National Audit Programme (SSNAP), which has been running for 15 years. “SSNAP is the most ambitious and sophisticated platform for collecting and reporting data on the quality of stroke care in any healthcare system in the world,” says Professor Tony Rudd, who chairs the body responsible for it and is also National Director for Stroke for NHS England. “It is providing hospitals, commissioners, patients and the public with an unprecedented level of insight into the performance of stroke services.”

The data shows that 85 per cent of patients are scanned within the target time of 12 hours –“one of the main successes of stroke care over recent years,” Professor Rudd says – but there is a lower chance of prompt scanning at the weekend and relatively few patients are scanned at night. Scanning aids diagnosis and identifies patients who will benefit from clot-busting (thrombolytic) drugs. The median “door to needle time” for this stands at 56 minutes, but big variations between units remain – there is plenty of room for improvement, in Professor Rudd’s view. Of patients suitable for thrombolysis, 80 per cent are getting it.

There are serious concerns about shortage of doctors and nurses, with only 50 out of 183 hospitals having the recommended level of three qualified nurses per ten stroke beds at weekends

Patients in London are more likely than others to get prompt care, thanks to a bold policy of concentrating stroke care into just eight specialised units rather than the previous 32. This was controversial but has proved itself, saving an estimated 100 lives a year. Professor Naomi Fulop of University College London, whose research came up with the figure, says: “It may seem counterintuitive for an ambulance to drive a critical patient straight past the nearest hospital, but it saves lives. While an individual may feel that losing their local hospital’s stroke unit is bad for them, going to a specialised centre further away actually increases their chance of surviving a stroke. Patients and the public should be jumping up and down in other urban areas and saying, ‘why haven’t we got what London has?’”

Another success story is the Act FAST campaign to improve recognition of stroke symptoms and speed the calling of an ambulance. “FAST has been an incredibly effective way of spending public-health money with every £1 spent saving £2-3 in care and disability costs,” says Mr Olszowski. Public Health England estimates that an additional 38,600 people have reached hospital within the vital three-hour window of experiencing symptoms and more than 4,000 people have avoided disability as a result of a stroke since the campaign was launched in 2009.

Not every statistic is so positive, however. The SSNAP data shows that only 70 per cent of patients get the amount of physiotherapy recommended by the National Institute for Health and Care Excellence (NICE), and even fewer (36 per cent) receive the appropriate amounts of speech and language therapy. The Stroke Association’s own surveys agree. For example, student Sarah Scott made big gains in recovering her speech as a result of six weeks of speech therapy in the United States, but had to raise £20,000 through crowdfunding to pay for it.

There are also serious concerns about shortage of doctors and nurses, with the SSNAP showing that only 50 out of 183 hospitals had the recommended level of three qualified nurses per ten stroke beds at weekends, while a quarter of hospitals have unfilled vacancies for stroke consultants. “Nursing levels can make a big difference to whether or not you survive after a stroke,” says Professor Rudd. A study found the risk of dying within 30 days was 11.2 per cent in units that met the nursing target, but rose to 15.2 per cent in units with half as many nurses.

Increasing staff levels means more spending, though international comparisons show that the UK spends roughly the same proportion of health care costs (4 per cent) as other comparable countries on stroke. Where stroke does lose out is in research spending, with £48 a year spent per patient compared to £241 for every cancer patient. This is disproportionately low, according to the Oxford team that calculated the figures.

CASE STUDY: STRIKING DOWN THE YOUNG 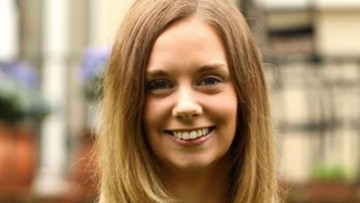 Not all strokes occur in the elderly. Sarah Scott (pictured above) was a sixth former reading aloud in an English lesson when she had a stroke six years ago. An undetected heart defect had caused a blood clot that travelled to her brain.

Thrombolysis probably saved her life, but she was severely affected. She spent five months in hospital and had to give up hope of university. “I couldn’t read or write, and my speech and numbers were affected,” she says.

Intensive language therapy led to a 40 per cent improvement, enabling her to remember her mobile phone number, vital for anybody seeking work

Recovery has been slow, but determination to lead a normal life and intensive speech therapy in the United States have enabled her to get a part-time job as a science technician at Richard Hales School in Hertford – the same school she was attending when she had her stroke. “For me it’s good, it’s practical stuff so it doesn’t really matter that I can’t read,” she says.

Sarah and her mother Joanie praise the government’s Access to Work scheme, which provided a £3,000 grant for specialist equipment and a job coach. Intensive language therapy led to a 40 per cent improvement, enabling her to remember her mobile phone number, vital for anybody seeking work. But it cost £20,000, raised by crowdfunding.

“I would love a full-time job,” she says. “But there’s so much competition.”