When the DS Virgin Racing team lines up for this year’s Formula E finale in London’s Battersea Park, all eyes will be on the only British team on the grid.

But despite winning on the track last year and coming to the end of the 2016 championship in a healthy third position, this season hasn’t been an easy ride for Sir Richard Branson’s team.

“We’ve had real trials and tribulations with the current car,” says Alex Tai, DS Virgin team principal. “We thought we had designed a fantastically efficient system, but it seemed a little overweight and it’s fair to say we struggled in the first race in Beijing.”

DS Virgin drivers Sam Bird and Jean-Éric Vergne finished seventh and twelfth respectively in China and, as the cars are homologated at the start of the season, the team had to stick with what it had.

But that hasn’t stopped DS Virgin from going on to score the highest number of qualification poles of any team and bagging a win for Bird in Buenos Aires. “We’ve had to work really hard, and I’m so proud of the team and our performance partner DS Automobiles; they have done a fantastic job of bringing the car up to a point where it’s competitive,” says Tai.

The July finale will be the second time Battersea has welcomed Formula E’s electric racing cars into its leafy park and last year the south-west London spectacle had a 60,000-strong audience.

Tai is confident that this year will be even more impressive, having learnt some lessons last time. “I was a little disappointed with the show last year,” he says. “I thought we could have done more for people with viewing screens. We’ve addressed that and, where last time we had four screens, this year there will be 15. The racing itself will be just as exciting and hopefully the viewers will be able to understand it a bit better and become even more impressed.”

Any new sport is bound to have some teething problems, but the Virgin Group seems happy to deal with these because Formula E resonates with the brand in a way that other racing sports have failed to do.

“Everyone has the same resource, so it’s down to who has the cleverest engineers, rather than richest backers”

“I ran our Formula 1 team when we competed in 2010/11,” explains Tai. “It’s a great sport and it has been running for a long time, but the CSR [corporate social responsibility] basics weren’t really the ones we were looking for. We tried to force it a little bit as a brand, tried to bring in new fuels, which wasn’t accepted by everyone, and we made the first computer-generated car, but it came last. I don’t think we were as successful as we wanted to be.”

The sport’s refusal to adhere to Max Mosley’s cost cap was also a contributing factor for Virgin’s exit from the sport. The team only completed one season in Formula 1 before bowing out, but it wasn’t long before they were back in the pits again, albeit for a very different kind of race.

“We were a bit shy of Formula E at first, but once we looked at the details, we realised it was everything the Virgin brand stood for,” says Tai. “There was a cost cap associated with it, so it wasn’t just an obscene fight against the guys with the biggest wallets. Everyone has the same resource, so it’s down to who has the cleverest engineers, rather than richest backers.”

The DS Virgin Racing team also believes they are not only in the business of entertaining crowds in Formula E, but pushing forward and popularising an essential new technology, one that might help us to protect our planet.

Tai says: “In the future, we believe all vehicles in cities should be electric. Sir Richard once said he hopes we look back at cars with petrol and diesel engines travelling through our cities in the same way as we look back at people smoking in restaurants and think how did we ever let people do that?”

Does the Virgin Group entrepreneur drive an electric vehicle himself? “He’s got a few, but he lives on an island so he doesn’t have a huge requirement for that,” laughs Tai. “He’s got a purely electric golf buggy, which we dressed up in DS Virgin Racing colours for his birthday.”

Tai has had an interesting career with the Virgin Group, joining as an airline pilot, having trained in the RAF. He met his boss on his first flight, when Sir Richard asked the pilots on board for advice about where to launch his hot air balloon.

“He was struggling to get it airborne from Oxford, so I suggested he try launching from Africa,” says Tai. This suggestion earned him an invite to work on special projects with Sir Richard and, having helped with the balloon and GlobalFlyer non-stop, solo, round-the-world flight success, Tai became chief operating officer of Virgin Galactic. “I’m still due to fly the spaceship,” he says. 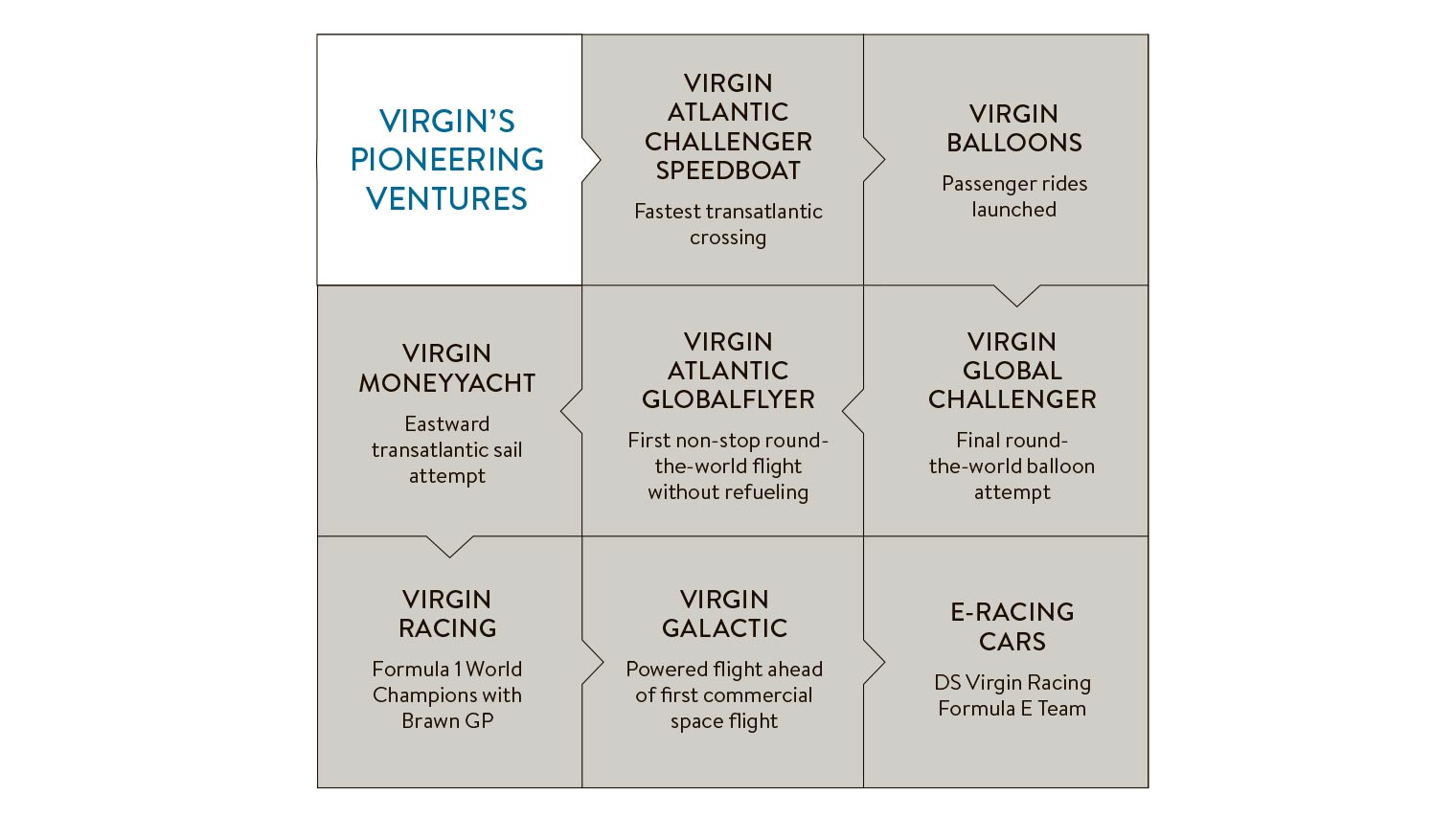 But back on Earth, Tai is excited about the future of Formula E, with many more car manufacturers joining in the near future, all keen to get a handle on the latest electric car technology.

“Formula 1 only has a limited number of car manufacturers in the sport, whereas Formula E has Renault, Audi, Peugeot and Citroen. Jaguar Land Rover is lined up to join next year and BMW has said it will come in from season five,” he says.

“Formula E is not racing milk floats – it’s glamorous, very powerful and the cars are driven by probably some of the best drivers in the world”

Formula E is governed by the FIA – Fédération Internationale de l’Automobile – and together with the teams has come up with a road map for the next few years to push the technology as fast as possible. At the moment, the drivers have two cars for each race, because their batteries simply don’t last long enough to finish. But the FIA and the teams are aiming to have only one car by season five.

“We are working to develop new motors and come up with different cell designs to improve the energy density of the batteries,” says Tai. “Virgin Racing Engineering is working with all sorts of incredible people from HP Enterprises to an Oxford University spin-out called YASA.

“If we’re able to change perceptions about electric vehicles, then we can increase the uptake as well as push the technology and development of electric vehicles. Formula E is not racing milk floats – it’s glamorous, very powerful and the cars are driven by probably some of the best drivers in the world.”