Even the simplest product may be made up of parts from the other side of the world, introducing significant business risk if the supply chain is interrupted

With globalisation, supply chains have become elongated and at the same time diffuse. Opportunities for cheap manufacture in far-away places, along with new consumer markets in developing countries, have warped sourcing, production and distribution processes, pulling them in different directions around the world.

Even simple products sold by small businesses could have supply chains that disappear into the distance, fanning out in a complex web. These businesses, proud of their own commitment to consistent and ethical practices, can only know what their immediate suppliers are doing. But what about the secondary suppliers and their suppliers?

Before long the chain becomes opaque, like a mafia paper trail. It poses all kinds of potential issues for the businesses at the end of all those links, who risk operational disruption, reputational ignominy and financial ruin because of the chaos theory governing how items arrive at their door.

“Companies are facing an increasingly wide range of challenges to their supply chains, from human rights issues to natural disasters,” says Mike Bailey at BSI, the UK’s standards body. “Such complexity creates black holes of risk for organisations, both affecting the bottom line and a company’s hard-earned reputation.”

Many suppliers set up operations in lower-cost economies, without a proper understanding of how to do business in that jurisdiction

BSI figures reveal that more than $300 billion (£197 billion) is lost to business each year because of disruption in the supply chain, with $30 billion lost due to natural disasters and $23 billion leaking out in the form of stolen cargo.

Counterfeit goods can make their way into the supply chain, as can unexpected ingredients such as horse meat in “beef” burgers. Meanwhile, criminals can also get in on the act by interfering with supply chain software and data, as well as more prosaically by secreting contraband in legitimate cargo.

According to Dominic Wong, head of supply risk mitigation at Deloitte UK, part of the problem stems from a rush of businesses hoping to save money by sourcing and manufacturing in developing parts of the world. This decision, he says, has back-fired in some cases.

“We have seen many suppliers set up operations in lower-cost economies, without a proper understanding of how to do business in that jurisdiction. As a result, project savings from labour rates have been eroded in inefficiency and poor control. In extreme circumstances, some have had to simply walk away from their purpose-built facilities,” he says.

Risks in this area are many and various. Some are easier to control than others. Picking an accredited supplier, who is signed up to international covenants dictating best practice, for example, is a lot simpler than predicting an earthquake.

Dr Toby Waine, a lecturer in applied remote sensing at the Cranfield Institute of Soil and Agrifood, puts the second group in perspective. “The international vanilla supply – a very small-scale, specialist crop for farmers – was severely affected by weather in India and Mexico in 2012,” he says. “The result was steep price rises and scarcity in 2013. It also meant a great deal of dependence on the Madagascan crop – a country beset by political instability.

“Another example is in the shortage of palm oil, which has been a recurring political issue in Thailand, as a staple in household cooking. The government resorted to importing palm oil from neighbours in 2011 to ease the crisis.”

As Professor Clare Brindley at Nottingham Business School points out, there are many more examples besides, including a fire at a Nokia component supplier in South Africa, the Arab Spring’s impact on bicycle part supplies to Halfords and finger-pointing at various fashion houses after factory blazes in Pakistan cost the lives of 260 workers.

The answer, says Mr Birtwistle, is multi-faceted. It includes selecting reputable suppliers with a strong moral compass, choosing globally capable logistics partners, and appointing managers to oversee tasks and processes at every link along the chain.

For uncontrollable risks his advice is to implement a robust event alert and management system, reshoring production away from troubled zones, getting adequate insurance, and accurately modelling the impact and cost of possible events.

“Data analytics can model event likelihoods and impacts, removing human bias, to provide a realistic assessment of supply chain risks,” he says. “Presenting the right information in the right format to the right people is the first step to making informed supply chain decisions.

“With access to this data, managers can understand the risks and take action. Data and analytics will bring back visibility and control of the supply chain that were lost due to globalisation. These systems can be used to support improvements in ongoing supply chain processes.”

Tim Lux, a partner at advisory business Pathfinders, says when in doubt look for official standards. “A good starting point is the European Union’s Authorised Economic Operator scheme. Other similar schemes are springing up around the world, offering mutual recognition benefits. The safety and security accreditation provides a good framework to build a safety-conscious culture within a company,” he concludes. 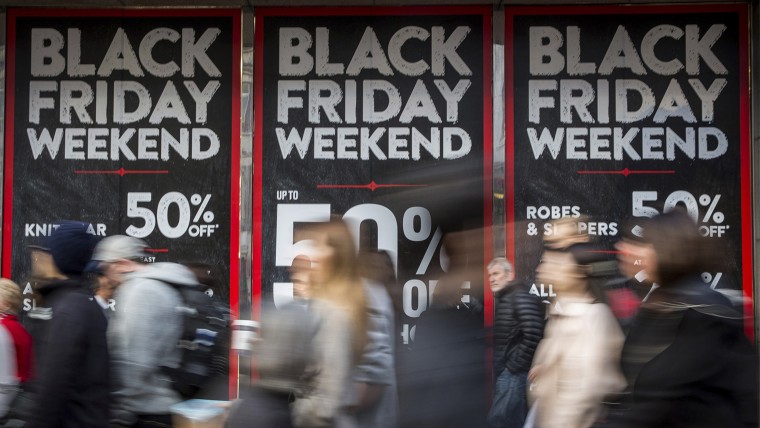 Born in America, Black Friday is just getting started in the UK. Yet the counter-intuitive “tradition” of slashing prices for a 24-hour period right at the beginning of retail’s busiest season, at Christmas time, is already a phenomenon.

Assuming retailers won’t be able to plug this particularly uncouth genie back into its bottle, they now have to factor the monstrous occasion and all its many ramifications into business plans.

It is awkward for retail bosses for a number of reasons, not least because they have to try and restoke demand for full-price products if they want to make any money at Christmas, but also because it has an explosive impact on supply chains.

Kurt Cavano, founder and chief strategy officer of GT Nexus, explains: “With retailers and manufacturers working way in advance to predict sales volumes, often forecasting on the success of a product that is going to be the ‘in’ thing that year, seasonal demand places a considerable strain on the effectiveness of the global supply chain network.

“However, this planning can only take companies so far. In this modern day, predilection to ‘fast fashion’, coupled with the quick turnaround of product lines, ensuring companies are able to adapt to demand and circumstance in an instant is key. In order to cope and to thrive in such an environment, a transparent, nimble and collaborative supply chain is essential.

“Black Friday is a momentous event and puts enormous stress on the supply chain network each year. Having started in the United States, it is an occasion that is only growing in popularity in the UK. And, while some retailers have won, reaping the many rewards of this shopping bonanza, others have lost out.

“Lacking the essential back-end capabilities to keep pace with demand and fulfil the orders flooding in, their performance has suffered and so too has their reputation.

“It’s also worth noting that many forward-looking retailers are already predicting a large proportion of future sales will be primarily promotions-driven and this will have a marked, knock-on effect on the robustness of the supply chain.” 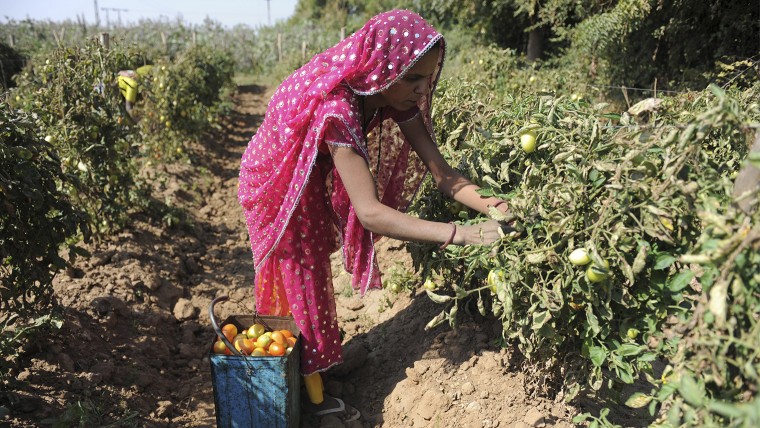 Global business titan Unilever owns some of the world’s most cherished cosmetic and food brands, including Dove, Hellmann’s and Lipton. The business has a stated commitment to “decouple growth from our environmental impact” – easier said than done for a business with such a reach.

Unilever introduced its responsible sourcing policy in 2014 – a reboot of a code launched four years earlier – with the aim to improve life for workers across the supply chain, as well as their communities and local environment.

The top level goal is to halve the business’s environmental footprint by 2020 while at the same time doubling the size of its business. The plan was concocted with advice from a range of leading organisations, including charities and non-governmental organisations.

Since 2007 it has been sourcing most of its products and materials from their origin, rather than through middle men, to increase transparency. In doing so it removed millions of pounds in cost and increased yields for farmers.

Sustainable supply is also an important part of Unilever’s business plan, particularly because a shortage of raw materials could put pressure on large corporates in future. By last year, it was purchasing 55 per cent of agricultural raw materials from sustainable sources.

An example is its sustainable tomato sourcing in India. Hindustan Unilever used to rely on imported tomatoes from China, but inconsistent quality and price volatility lead to a switch in 2010 to local sourcing through Varun Agro, a business working with 2,500 small-scale farmers.

The farmers are required to meet Hindustan Unilever’s quality and sustainability requirements, including cutting the use of water, pesticides and fertilisers. In return they receive training on good agricultural practices from Varun.

Under the contract, the farmers can sell 25 per cent of their produce on the local market, giving them a secondary source of income and providing access to higher prices should the market move in that direction.

As a result, the farmers have seen yields more than double, the quality of the crops has improved dramatically and the businesses have benefitted from the security of a guaranteed buyer.