Businesses can unify diverse locations with upmarket video-calling, which brings management or executive teams together, seemingly in the same room

Where are we with video-calling? It’s been six years since Apple launched the iPhone 4 with its front-facing camera. At the launch event the vice president in charge of the iPhone, Greg Joswiak, needed to patiently explain that this neat little function would mean video-calling. “FaceTime is going to change the way we communicate forever,” he declared. And it did.

FaceTime, together with Skype, made video-calling mainstream. The Star Trek vision of people chatting face to face over a video link became normal. Today girlfriends talk to boyfriends for hours this way. Families prop up an iPad during birthday celebrations so granny in New Zealand can see what’s going on. But businesses?

The commercial world lags badly. The very concept of video-calling is riddled with questions. Do businesses need premium quality kit or is consumer stuff like FaceTime and Skype OK? What’s the best way to use it? And is telepresence different to video-conferencing? And is it OK to do it in our pyjamas from home?

Let’s start with the quality. Yes, FaceTime and Skype do the job. But few businesses will risk a multi-million-pound deal with an iffy connection. Most firms prefer to pay for a superior service. It’s worth it.

Andy Lord is chief operating officer of global recruitment firm Rethink. His firm paid £80,000 for a product called Vidyo, which allows up to 5K resolution. “I still use Skype,” he says. “I’m a big fan of it. However, with Vidyo it’s purpose built for businesses so there’s a reliable element.” 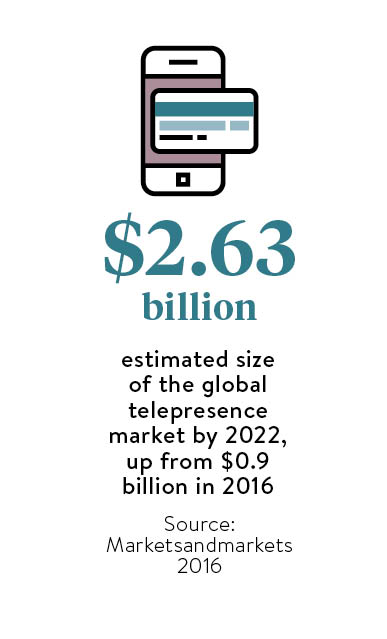 Mr Lord says high-quality video-calling means you’ll use it more. “Ultimately, it ensures we feel like colleagues who are sat in the same room; when you’ve got teams in Singapore, across the UK, Ireland and other locations it can be hard to keep the familiarity and ability to work together. It’s perfect for anyone who wants to reinstall camaraderie within a geographically spread team,” he says.

Now, what about the term telepresence? Is it archaic? Views differ in the industry. Steve Rafferty, UK managing director of telecoms giant Avaya, thinks telepresence is past it. He says: “Telepresence is a hugely overused term which no longer applies as it still makes video-collaboration stand out as something different; a siloed ‘thing’ an executive can use where there are whole rooms dedicated only to video calls and that needs to be booked days in advance.”

Mr Rafferty says communication should be possible on any device. “At Avaya we no longer distinguish between technology communication tools, we simply communicate as all our technology, including video, is blended in our collaboration platform,” he says.

Fierce rivals Cisco offer another perspective. They still like the term telepresence. Donald McLaughlin, director of digital collaboration at Cisco UK and Ireland, says: “Telepresence is used to differentiate from FaceTime and so on. The higher definition and quality and spatial sound means it’s still relevant.” And he’s got a point because the top end video-conferencing equipment really is in a different league.

But maybe that isn’t the alternative because recently we’ve seen an explosion in clever mid-market products. Google in particular has entered the market with a pair of products, Chromebase and Chromeboxes, which offer good quality for a modest price.

Chromebase, a device made by Acer in partnership with Google, is a 24-inch monitor with a webcam costing £675. Or, if you already have your screen, there’s the Chromebox mini PC, made by a variety of brands, for around £200. 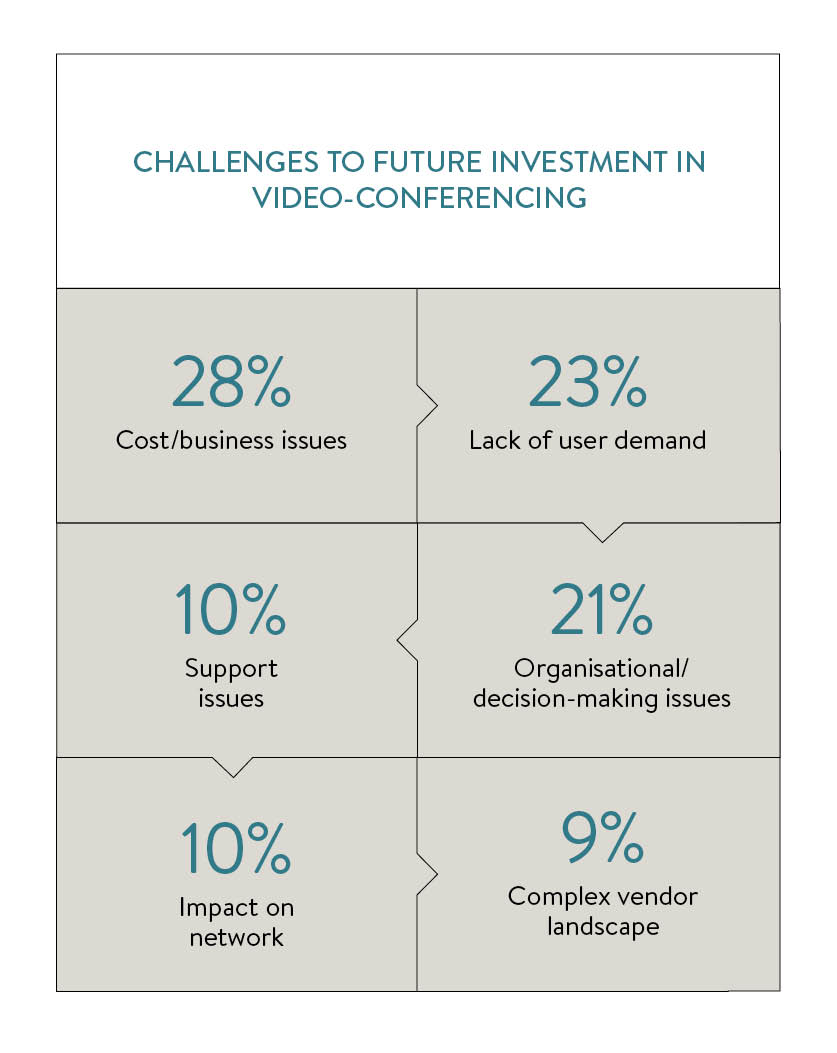 Why is Google in this market? Mark Grady, head of Google Chrome’s channel division in Europe, the Middle East and Africa, says it’s partly due to the company using video-calling so extensively. “I say we are the world’s largest user – 12,800 rooms have video-calling. Every Google employee uses it,” says Mr Grady.

The kit is easy to use. It links in with other Google products for simple collaboration. Mr Grady sees it as part of the democratisation of technology, bringing telepresence quality equipment to the masses. “You can leave it on all day,” he says. “We call it the worm hole. JustEat put it in two locations, London and Borehamwood, and it connects the two.”

The future  of video-calling

And what is the future of video-calling? The next leap is virtual reality or VR. Put on a headset like the Oculus Rift or HTC Vive and break through the screen. Alexandre Tomic, founder of the VR online casino SlotsMillion.com, is an entrepreneur backing the technology.

“Picture this,” says Mr Tomic. “You’re the boss of a company with clients and partners all over the world. What would it be like if, instead of having to rely on e-mail and Skype to communicate with them, you could simply put on a pair of virtual reality goggles and meet with them in person inside your VR business?”

His casino will host virtual poker games. “Players would be rubbing shoulders with staff, who would be able to see their playing habits and grant them bonuses accordingly. Managers will meet inside the casino for meetings. Eventually, we will be spending a large percentage of our working lives inside the VR world and thus the playground of the consumers will become the workplace of the industry,” says Mr Tomic.

We are distance away from this. Dr Nicola Millard, head of customer insight and futures at BT, suggests augmented reality, in which you can see the real world plus digital overlays, is a better solution. “Augmented reality doesn’t trigger the same effect on me, and offers the possibility to blend real and virtual environments for collaboration in a far more naturalistic way that doesn’t cut me off from the real world or make me look quite so stupid,” she says.

Microsoft’s Hololens headset is rumoured to launch later this year. Put it on and virtual objects and people float around the room by magic. Who knows, it could do for augmented reality what the iPhone did for video-conferencing.