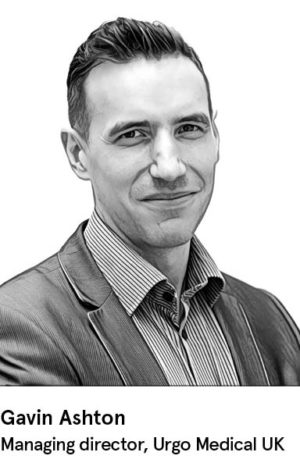 Foot ulcers are one of the main complications of diabetes. Up to one in three of all diabetics will develop a major foot ulcer at some point in their lives. This is a significant concern, given that by 2040 some 640 million people throughout the world will be living with diabetes. In the UK alone, 3.7 million people have been diagnosed with diabetes, although we know that many more live with the condition without yet knowing it.

It is less well known that diabetes is the world’s leading cause of amputation, with one amputation carried out every 20 seconds. In the UK, there are more than 20 leg, foot or toe amputations each day due to diabetes.

These stark figures reflect a growing public health challenge for patients suffering from a potentially life-threatening condition and for their families, as well as for healthcare systems. The cost to the NHS of foot ulcers attributed to diabetes requiring hospital admissions and amputations is more than £1 billion a year, and is rising.

There is great potential to improve outcomes for foot ulcer patients, including improved referral and the use of evidence-based research to achieve more consistent treatment.  Improving care and reducing healing time for patients will also lead to significant cost-savings for health services such as the NHS.

Until now, there was no evidence that a dressing could reduce the healing time of these wounds. But this year a new study brought hope to millions of people with diabetes, showing that the UrgoStart® dressing makes a significant difference to the outcomes when treating these wounds.

The Explorer clinical study, published in The Lancet Diabetes & Endocrinology, is the first to demonstrate the efficacy of a dressing in the treatment of neuro-ischaemic diabetic foot ulcers. Conducted with 240 patients across five European countries, the Explorer study concluded that UrgoStart heals 60 per cent more patients compared with a well-managed standard of care using only a neutral dressing.

The study also found that UrgoStart reduces healing time by 60 days, compared with the average healing time of 180 days, when used as part of a standard protocol. Another important finding was that the chances of healing the foot ulcer attributed to diabetes improves significantly if the UrgoStart treatment is initiated as early as possible.

The Explorer study was a double-blind, randomised controlled trial in which neither the patient nor the doctor knew which dressing was used to treat the wound. It compared the efficacy and tolerance of the UrgoStart dressing to those of a neutral dressing on neuro-ischaemic diabetic foot ulcers. These ulcers are the wounds with the poorest prognosis.

This treatment represents a breakthrough for patients and can be used from day one through to complete healing. UrgoStart dressings do not require any specific training to be used in clinical practice and can be used in combination with current standard of care for foot ulcer patients.

Gavin Ashton, Urgo Medical UK managing director, says: “As Explorer has demonstrated, UrgoStart is more than a dressing. It is a treatment that has a full role to play in the protocol for foot ulcers in diabetes patients.”

UrgoStart dressings can have a profound impact on the lives of patients affected by foot ulcers. For example, Tim was diagnosed with diabetes when he was 14 and has lived with the condition for more than 30 years. He developed a foot ulcer while wearing new shoes at a wedding abroad. Back home, the wound was treated, but it failed to heal. The ulcer became infected and Tim developed sepsis and pneumonia.

He says: “Before starting treatment with UrgoStart, I was in a dark place and my family feared the worst. The ulcer was not healing and I had thought it would be easier to have an amputation so that I could, at last, start some form of recovery.

“Once treatment with UrgoStart began, my symptoms started to improve. I still had to offload and keep the wound dry, but I was able to change the dressing myself, which reduced my hospital appointments. 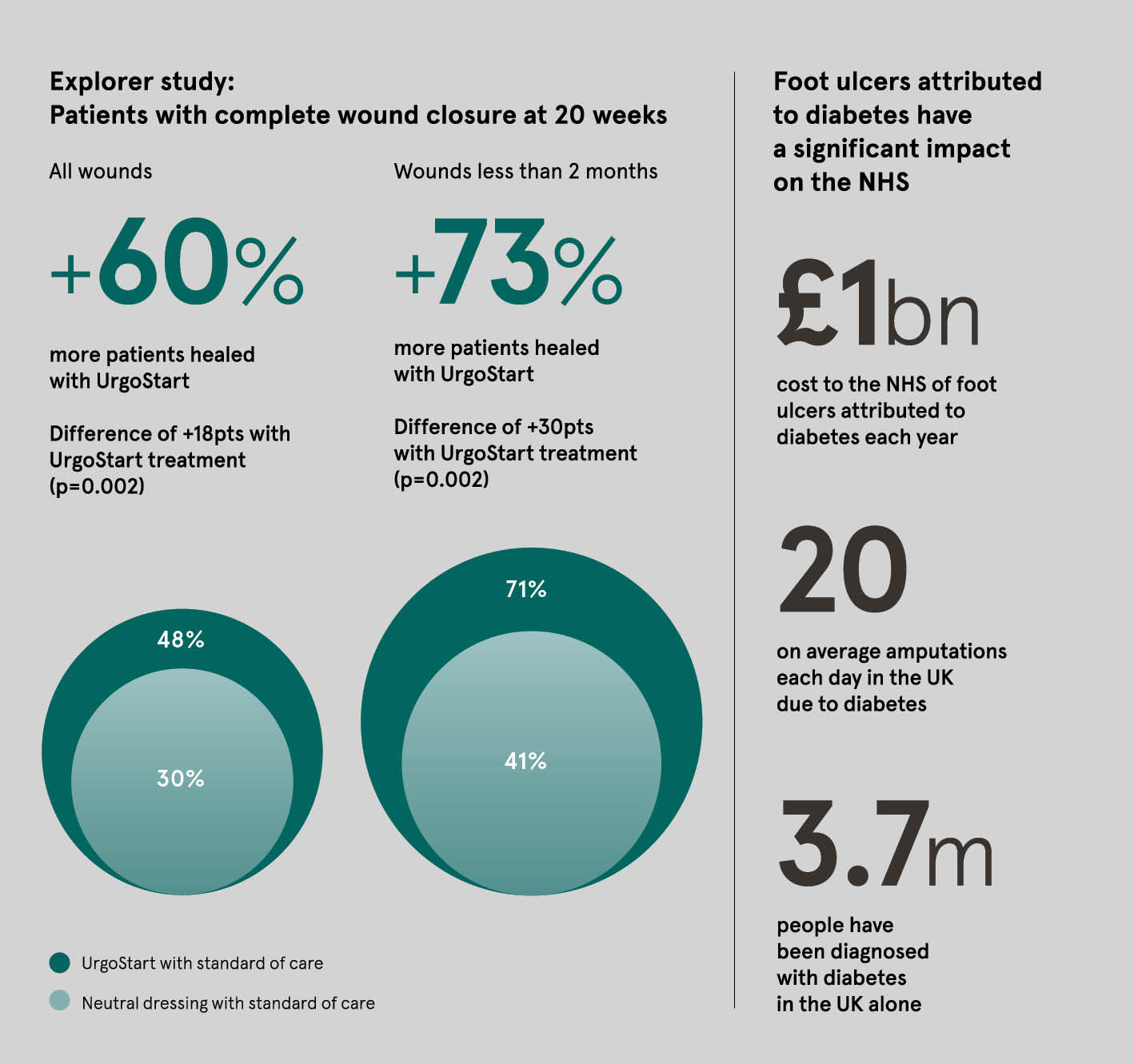 “Healing my wound made a huge difference to my relationship with my partner and provided an upbeat change to my life, allowing me to continue doing the things I love to do.”

Graham Bowen, chair of Foot in Diabetes UK, says: “The data behind UrgoStart is now robust enough for UrgoStart to become the dressing of choice for this type of wound. This will have a major impact on clinical outcomes and reduce costs within the NHS.”

Urgo Medical UK is part of Urgo Medical, the second-largest wound healing company in Europe with more than 1,600 employees and a presence in 35 countries. The organisation is committed to working in partnership with healthcare professionals to help move from managing wounds to healing wounds.

The company is working on improving care organisation around patients, especially addressing the issue of late referral to specialised services and continuity of care.

Urgo Medical supported the development of a fast-track clinical pathway for patients with foot ulcers attributed to diabetes by senior members of the D-Foot Team and the International Diabetes Foot Care Group, a group of academics from five European countries. The fast-track pathway is an evidence-based tool that aims to support appropriate assessment, early referral to specialist services and standardisation of treatment for patients. Paul Chadwick, College of Podiatry says “We welcome the addition of an evidence-based dressing, to improve the outcomes for patients with a foot ulcer attributed to diabetes as part of their standard of care”

Diabetes is a serious concern across society. But Urgo Medical is showing that research and innovation is finding new ways to help patients and their families, while making an important contribution to the sustainability of health systems. 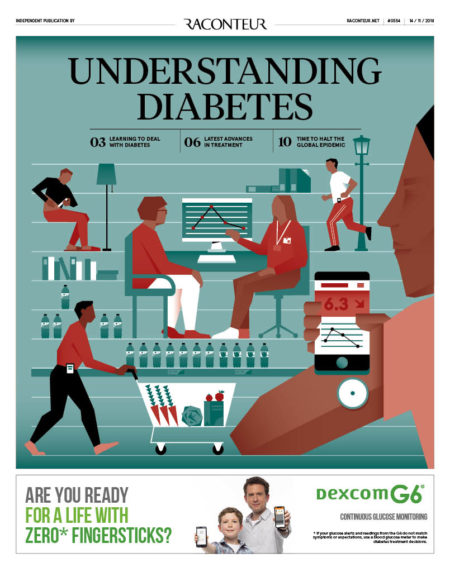