Advertising has become confusing. A multitude of new channels spawned by the advent of the internet and a raft of digitally enabled technologies have wrought chaotic uncertainty across the advertising world during the last decade. With so many types of advertising competing for investment, what can the C-suite trust to grow their businesses?

Now we have the answer. For the first time, an in-depth study has quantified the total profit generated by different forms of advertising to determine what they actually deliver to the bottom line. It found that all forms of advertising create profit, to varying degrees, in both the short and long term. The results prove that advertising should not be viewed as a cost, but as a capital investment to drive business growth.

The study, Profit Ability: the business case for advertising, was commissioned by Thinkbox, the marketing body for commercial TV in the UK, from Ebiquity and Gain Theory who independently evaluate advertising performance and effectiveness for hundreds of brands. In total, it analysed more than 2,000 advertising campaigns across 11 categories to uncover the impact that different forms of advertising have on short-term profit (within three to six months of a campaign finishing), and then combined these learnings with results for profit generated over the longer term (up to three years).

The results may raise the eyebrows of many C-suiters, not least because they highlight the continued effectiveness of some well-established forms of advertising. And not only TV; print and radio also perform very efficiently, if contributing smaller volumes of profit.

In addition, TV was found to be the most effective short-term form of advertising, responsible for 62 per cent of total advertising-generated profit in the short term at an ROI of £1.73. This is followed by print (22 per cent), radio (5 per cent) and online video (5 per cent).

Further, 86 per cent of the TV advertising campaigns accessed delivered a profitable return in the long term, meaning TV advertising is by far the most likely to generate business profit.

So why is TV advertising so effective? Crucially, TV remains incredibly popular in the UK. The average viewer watches 3 hours 32 minutes a day, according to industry data. TV accounts for 75 per cent of UK video viewing, compared with YouTube’s 6.4 per cent, for example. Will advertisers heed the study’s conclusion that they may be missing out on profit by underinvesting in TV?

Matthew Chappell, a partner at Gain Theory, certainly hopes so. “Advertising spend has been a hot debate in marketing for some time,” he says. “There is more data floating around than ever before. However, there tends to be a focus on short-term metrics, which is why this study is so important.

“If you publish a video, say, on a social-media channel, you see that it gets a certain number of likes and shares within the first half hour. But how do you know that it is building long-term success? It is very easy for marketing departments to see what’s driving short-term success, and put all their money in and focus on that. In doing so, though, you run the risk of losing sight of what is propping up the long-term business value.”

Mr Chappell says there is a long-term multiplier effect that many chief executives may not know about. “The findings show that there is often a multiplier to short-term impact,” he says. “For example, if the multiplier is two and you generate a million sales within the first three months of a campaign, then you are likely to make two million in three years.

“Bearing that in mind, we looked at the whole plethora of channels and the results showed TV tends to come out as the strongest medium.

“The numbers we have created are robust, and should provide confidence to chief executives and chief financial officers, and show TV advertising works best in the long and short term. Hopefully this study will add to and shift the conversation away from those short-term, easily measured metrics.”

For Andrew Challier, chief client officer at Ebiquity, it is vital to stress that these game-changing findings are “objective, wholly independent from Thinkbox and not designed to prove a particular point of view”.

Mr Challier says: “There was no original research in the traditional sense; it came from us slicing and dicing our extensive body of work. By asking us and Gain Theory to compile this report, Thinkbox had to accept there was a chance the result may have not been what they would want to hear.”

He insists that the size of the database analysed means they are confident of the results. “What we are presenting is representative of the real world,” he says. “It’s the average case, if you like, not just the best case. That’s crucial. Often, when you read these reports, they quote the best case to prove a point. This is objective, ‘average case’, and it reflects reality. It also represents a more ‘responsible’ approach to the topic of marketing ROI.

“Profit Ability: the business case for advertising comes at a critical time because marketing is often a significant figure on the P&L. In recent years everyone has been talking about the impact of digital and social media, but the conversation needs to be more grown up – and this is the document with which to do that. This informs the debate around the subject, making it essential reading for CEOs and CFOs.”

To read the study in full, free of charge, and access the key charts please visit www.thinkbox.tv/profitability 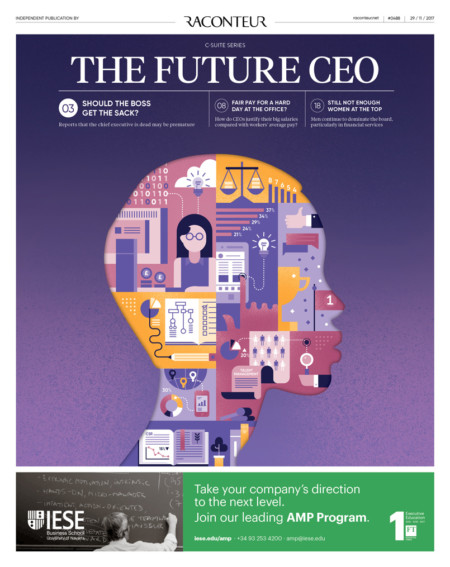