TV isn’t dead, but it is being pushed to evolve, according to Matt Colebourne, managing director for Europe, the Middle East and Africa at Innovid 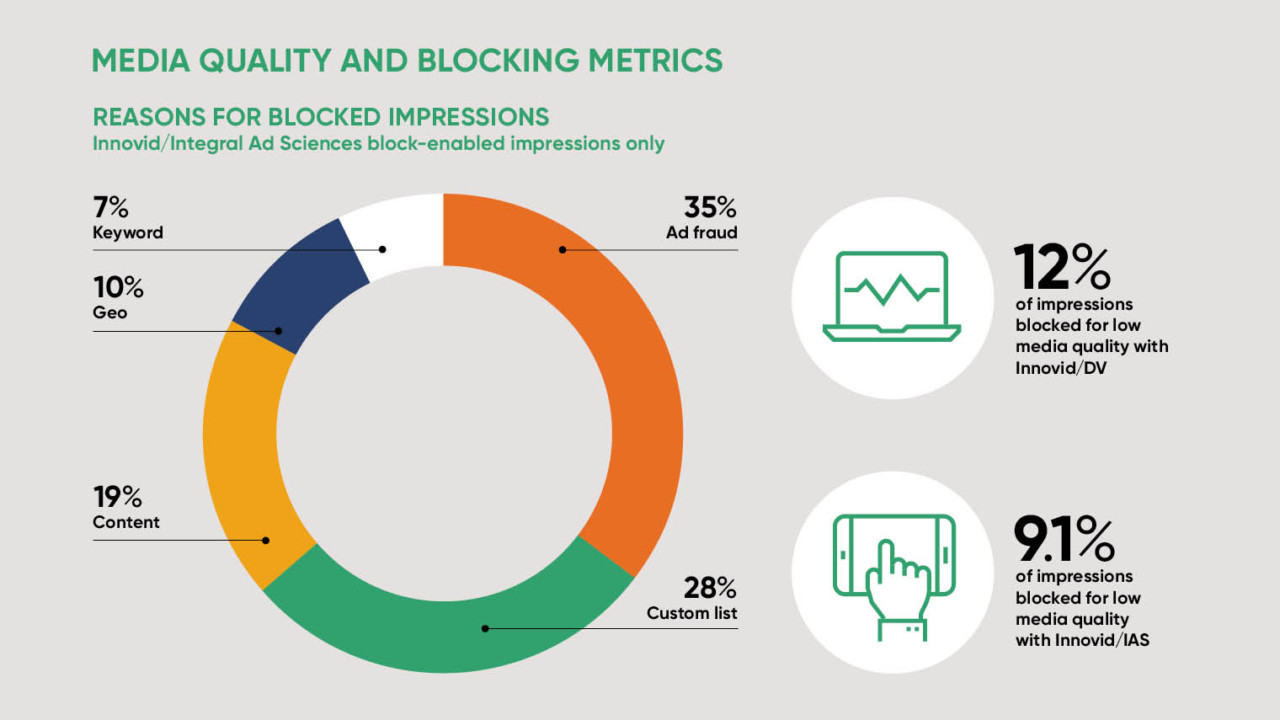 The $10-billion global spend on digital video is set to triple in the next five years, possibly much sooner. However, similar to display ads, search marketing, affiliate marketing and programmatic exchange this growth has been so sudden that marketers are struggling to keep up. Meanwhile, the unscrupulous have exploited the growth and its relative lack of sophistication to defraud advertisers.

So, what’s with this exponential growth? Digital, interactive video offers advertisers new ways to interact and connect with viewers on their mobile devices, social networks and gaming consoles. It offers a way to customise the message to suit the viewer.

For example, personalised video can show a ski enthusiast how their new car would drive through an alpine landscape or what an upcoming seafront setting looks like for a sailor. Interactivity adds even more options by enabling the viewer to decide which product they want to see and allowing them to buy what they want directly from the video.

Yet as sophisticated as digital video is, it is also very complex. The explosion of new devices on which video can be viewed, coupled with a plethora of new standards, can make it difficult for marketers to stay the pace. Digital video presents issues that simply don’t arise with conventional, sequential TV.

For example, TV will always display your ad while it is tuned to that broadcast stream. However, if you’re playing that same video on a web page, there is the possibility that it’s below the fold, so never viewable at all. Or that it’s not being seen by a human, meaning you’re paying to serve your creative to a device that is never going to buy or recall your brand. Or the site in question has highly undesirable content and your brand values are being diluted. Or the sound isn’t switched on, so the audio call to action is being missed.

It’s important to remember that video is not like a search keyword or an ad banner. Using systems designed to deliver these other forms of ad content, while possible, means that the additional opportunity and complexity of video is missed, and frequently ad fraud creeps in because such basic systems aren’t properly integrated with verification technologies that can protect the advertiser.

The recent furore over YouTube and Facebook regarding risky, non-brand safe content being displayed alongside major brands’ advertising was sufficiently severe to prompt agencies to suspend campaigns and to get serious about brand safety.

Enter Innovid, the world’s largest specialty video marketing platform. In the United States we serve approximately one in every three video ads. In partnership with Integral Ad Science (IAS) and DoubleVerify (DV), Innovid has co-developed and integrated real-time ad blocking capabilities that, according to the Innovid 2017 Global Video Benchmarks Report, have prevented 9.1 per cent and 12 per cent respectively of our client’s video investments from being wasted by blocking impressions from being served to environments deemed fraudulent or non-brand safe by IAS and DV across myriad advertising verticals.

Historically, some advertisers have been reluctant to pay the fees for verification measurement or ad blocking. However, it doesn’t take much fraud, unviewable video and fake sites to justify the need for these solutions and the need to work with an open video marketing platform.

The IAS H1 2016 Media Quality Report suggested that in programmatic buys only 32.1 per cent of ads were viewable. So, we’re not talking about a small issue at all. We’ve seen different levels of viewability on different campaigns, but this is a critical issue – advertisers need to know that there is at least an opportunity for the user to see their ad. If it never even appears on a screen, but they are charged because it’s notionally been delivered to a computer “page”, which could be many screens long, then that spend is just wasted budget.

Because of Innovid’s integration with IAS, we are able to detect the specific reasons that certain impressions are blocked and avoid wasted budget. Of the 9.5 per cent of impressions that we blocked for our clients, 35 per cent were blocked due to ad fraud, 19 per cent because of non-brand safe content and 10 per cent based on geo-location. 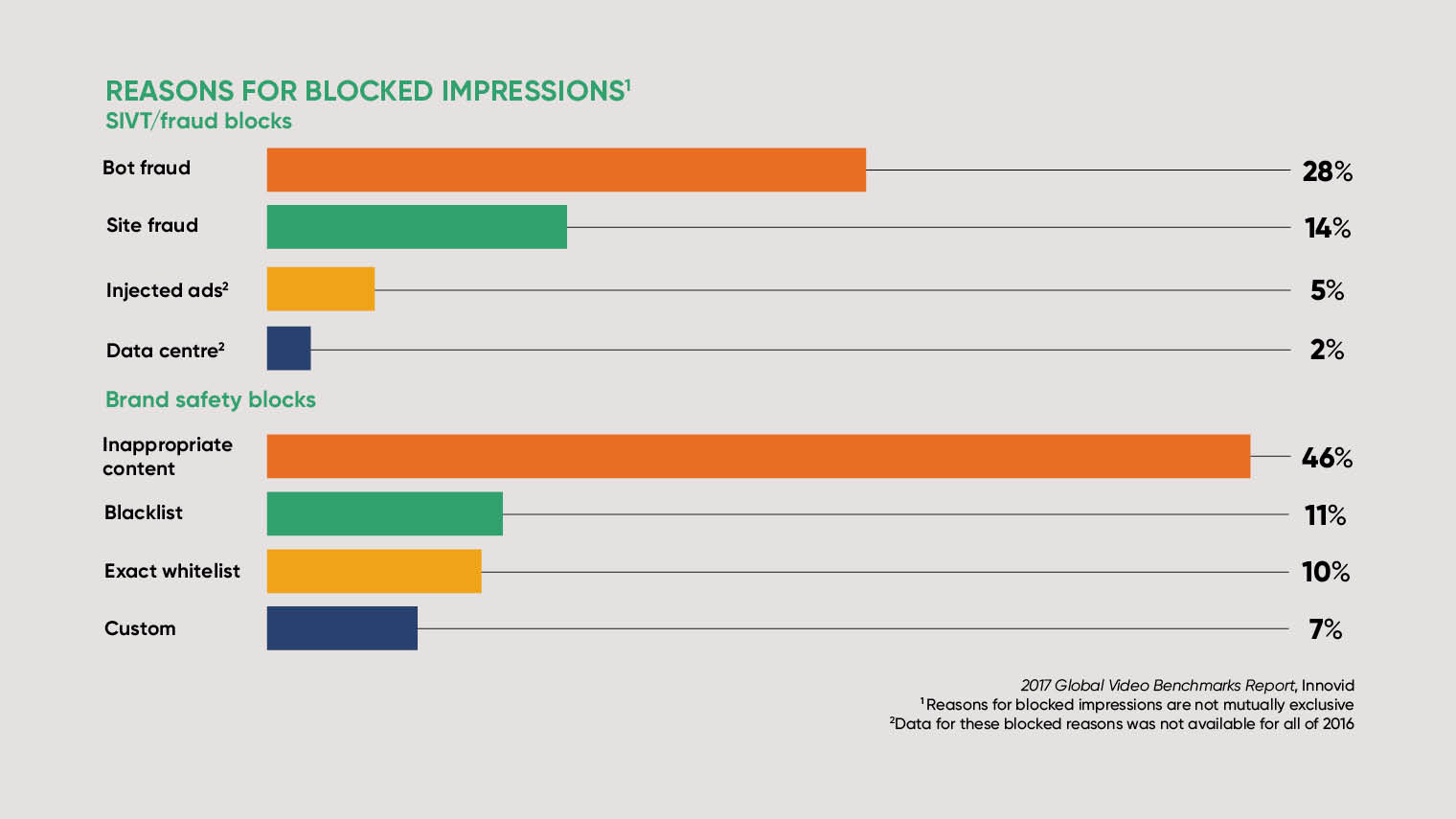 A campaign we recently ran for Volvo highlights the importance of accurate geo for personalised, impactful advertising. Volvo’s goal was to raise awareness around their new luxury XC90 and drive consumers to visit local dealerships. To do this Innovid created a cross-device, interactive video campaign, including a connected TV version that featured geo-location data to point viewers to their nearest Volvo dealerships, as well as showing them interior and exterior features. Viewers were even able to sign up for more information by inputting their phone numbers into the video unit. The result was exponentially higher interactive time with the videos, far beyond the run time of the actual ad.

We also recently worked with a leading coffee brand that wanted a new way to showcase their portfolio of at-home products, such as coffee beans and pods. They looked to Innovid to implement digital video marketing initiatives that would drive viewers to their website and encourage them to learn more about their full portfolio of products.

It is highly likely that, just as bots and spiders did for display and click-fraud for search, the video advertising industry will figure out ad fraud. Both display and search marketing bloomed once marketers were satisfied that their ad spend wasn’t being wasted. Ultimately, as video viewing continues to move into the digital sphere, advertisers will have no choice but to follow the viewers and interactive, personalised content will win.