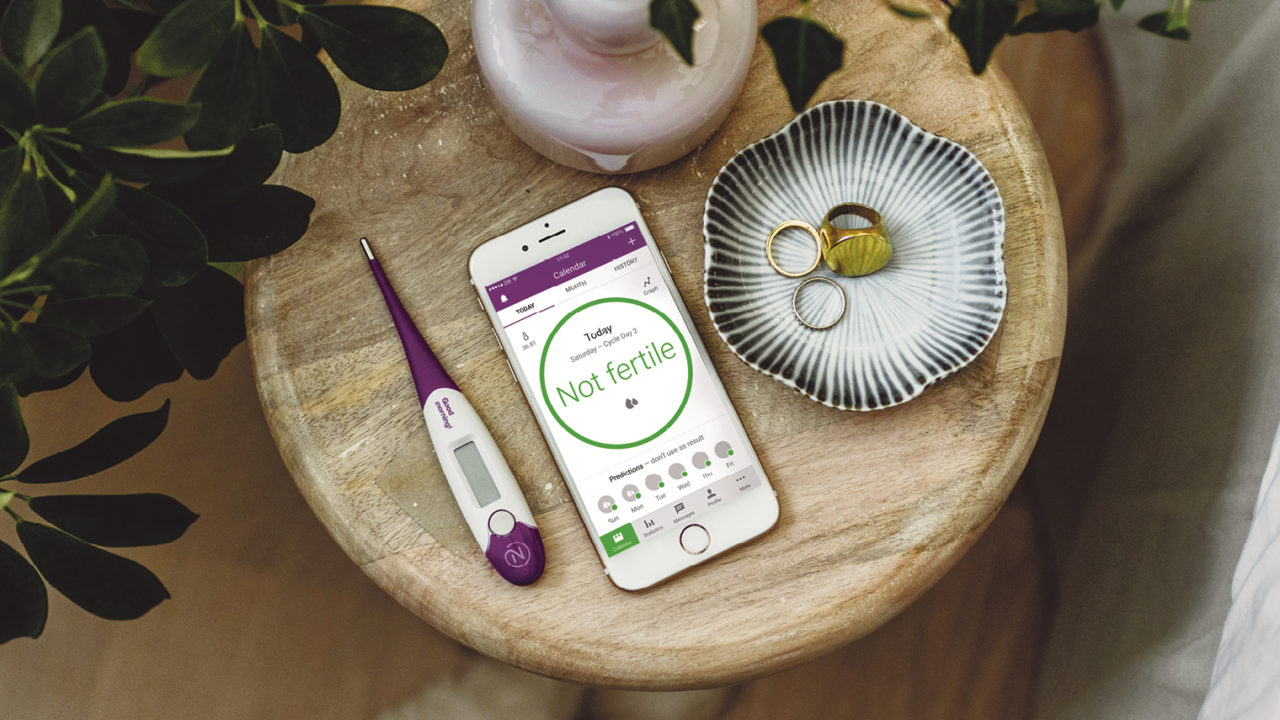 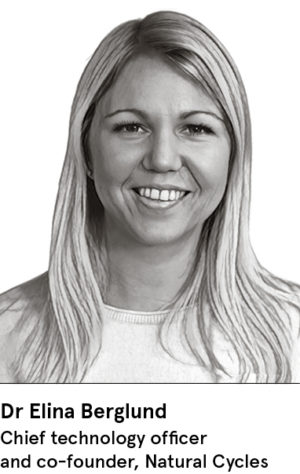 More and more tech-savvy women are now turning to apps to monitor and track various aspects of their health and wellbeing, including fertility.

Natural Cycles is the only app to be certified for use as a contraceptive in Europe and now has more than 700,000 users worldwide. The app is powered by a sophisticated algorithm, which enables women to tune into their unique monthly cycles to map and predict ovulation, and is backed by a wealth of scientific data.

Users take their temperature with a basal thermometer each morning and the data builds into an individualised fertility indicator that identifies green days, when it is safe to have unprotected sex, or red days, when condoms should be used. After approximately three months, users can expect to see roughly 60 percent green days in one cycle.

We want to empower women to take control of their fertility, whether that’s to prevent or plan for a pregnancy

“The algorithm behind Natural Cycles was created to help women understand their own unique cycles.  It takes into account sperm survival, variation in cycle length, ovulation day, temperature fluctuations, and the length of the follicular and luteal phase,” says particle physicist
Dr Elina Berglund, a former member of the CERN team that discovered the Higgs-Boson particle, who invented the app.

“Unlike other fertility awareness methods, Natural Cycles eliminates human error because the app does all of the calculations and interpretations for you.” 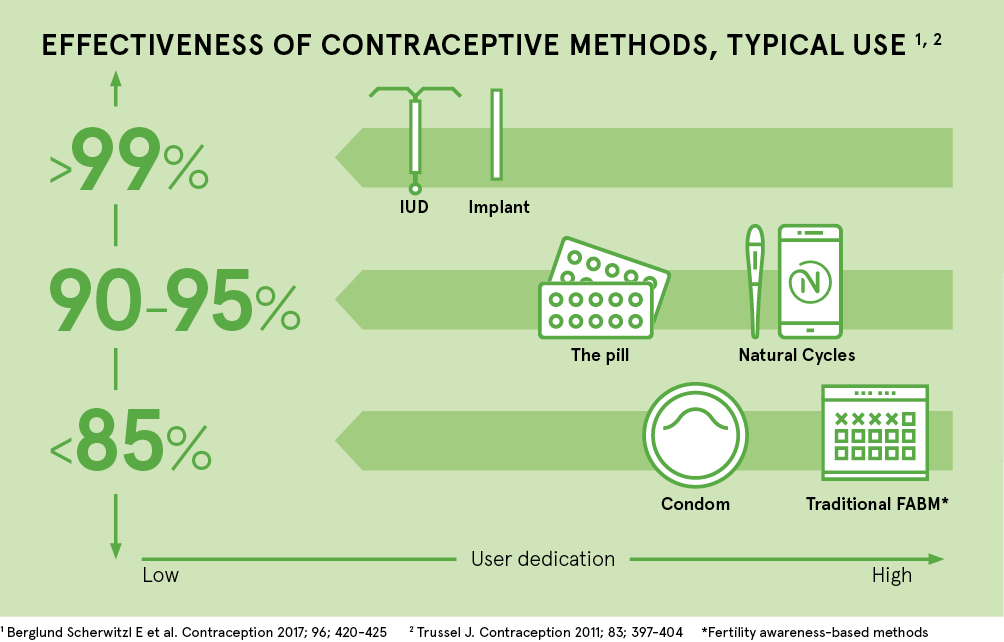 “Receiving EU certification indicates how Natural Cycles is leading the charge in digital health,” adds Dr Berglund, who co-developed the app with husband Dr Raoul Scherwitzl, a fellow physicist. The couple researched how levels of progesterone, a hormone that plays an important role in the menstrual cycle, are increased after ovulation causing women’s body temperature to rise by up 0.45C compared with the rest of their cycle. This provides the foundation of the Natural Cycles accurate fertility calibration.

In a study of 22,785 women aged 18-45, through 224,563 menstrual cycles across two years – the largest trial of a natural contraceptive to date and published in the peer-reviewed journal, Contraception –  the “typical use” effectiveness rate of Natural Cycles was 93 percent, which is comparable with the pill.

Dr Berglund, 33, who is based in Stockholm, got the idea when she wanted to give her body a break from hormones before starting a family. She trialled the concept with fellow CERN colleagues, in Geneva, and discovered that many of her female colleagues were looking for an effective alternative to hormonal contraception.

“As the only certified contraceptive app, we are providing women with an additional option to choose from that is effective, non-hormonal and non-invasive,” she says. “Our typical users, and those who we believe are most suitable for Natural Cycles, are 30 years old on average, in a stable relationship and for whatever reason find that hormonal options are not suitable for them. Most of our users were previously using less effective methods of contraception such as withdrawal or condoms.”

The app is used in two thirds of cases to prevent pregnancy and in one third to plan a family.

“At Natural Cycles, we are pioneering a new era in which women are more aware and in control of their bodies than ever before. We want to empower women to take control of their fertility, whether that’s to prevent or plan for a pregnancy,” says Dr Berglund.

After helping discover the Higgs-Boson particle, Dr Berglund has continued on a route that is using science to make important advances in society. “We believe Natural Cycles offers exciting possibilities for the future in terms of providing healthcare professionals with valuable information that could help inform diagnoses, and on a macro-level, to better understand fertility as a whole,” she says.