Transradial catheterisation to access and treat blocked arteries, via the radial artery in the wrist, offers significant benefits over traditional methods. By accessing a patient’s coronary system this way, there is reduced pain level, much lower risk, and typically much less bleeding and related mortality. The forearm artery does not transport a particularly large volume of blood and it is located conveniently near to the surface.

The advantages of this method over transfemoral approaches via the groin have become clearer to clinicians and patients over recent decades. The first studies in this field, in the 1990s, established a much lower risk of major vascular complications when attempting percutaneous coronary intervention (PCI), a procedure to improve blood flow that involves accessing the heart and opening up plaque-covered vessels with a stent. Further studies showed increased survival rates with the transradial approaches.

In 2015, a major study published in The Lancet and funded by medical device maker Terumo, showed that a month after the procedure there was a significantly reduced rate of adverse clinical events in terms of bleeding and even death. This study, known as MATRIX, was a randomised controlled trial of more than 8,400 people and it demonstrated why transradial intervention needed to become the main approach for patients with acute coronary syndrome (ACS).

By using transradial as opposed to femoral access, according to a recent meta-analysis of nearly 23,000 patients published by Giuseppe Ferrante and others in Journal of the American College of Cardiology, mortality was cut by 29 per cent and major adverse events by 13 per cent. Major bleeding and serious vascular complications were cut by 47 per cent and 77 per cent respectively.

The increasing evidence supported the procedure significantly and the European Society of Cardiology moved its level of recommendation from IIA to IA, the highest level of support. The guidelines recommend that centres treating patients with ACS shift from transfemoral to transradial access. They also encourage a transradial approach for coronary angiography and percutaneous coronary intervention in heart attack patients, as long as it is carried out in experienced centres with staff appropriately trained. Many centres begin with the radial approach for diagnostic procedures and progress from simple to more complex percutaneous coronary intervention.

Professor James Nolan, one of the UK’s most well-known interventional cardiologists, says the transradial approach is “now used in over 80 per cent of percutaneous coronary intervention procedures” in the UK because of its benefits. Despite the robust evidence and strong recommendations from guidelines, there is significant variation in uptake between countries in Europe with adoption rates varying from 35 per cent to more than 80 per cent.

But he also notes that the benefits of transradial intervention go beyond the clinical setting by saving hospitals money. “This is due to the greatly improved effectiveness, reduced complications and the much lower risk of bleeding, meaning most patients are only in hospital for the day,” he explains.

With inpatient stays typically costing hospitals more than £400 per night, there is a strong incentive to discharge people the day they are treated and clinics are increasingly finding safe ways to do so with the transradial approach. “Although use of the transradial technique in the cath lab does not ensure that all patient care processes have been optimised for same-day discharge of a catheterisation or PCI patient, it does significantly improve the opportunity,” according to an article by Denise Brown and Ginger Biesbrock in Cardiac Interventions Today. Combined with the reduction in complications and the quicker recovery, there is a major opportunity for savings.

A study of more than 7,000 US patients, called Costs of transradial percutaneous coronary intervention, found hospitals performing the procedure as little as 1,000 times in the year would save over $800,000, with more than half the savings from cutting hospital stays and 12 per cent due to decreased bleeding. 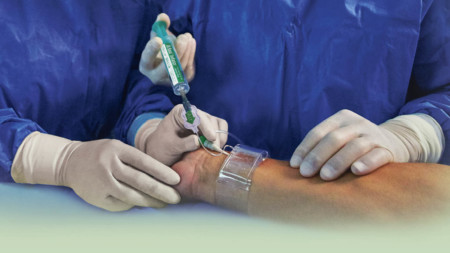 As patients themselves are increasingly given the choice of transfemoral or transradial catheterisation, many select the benefits of the latter, a less painful and more straightforward procedure. If they are well enough, they can walk in and out of the treatment room, sit up after the procedure and go to the toilet on their own.

“The much more effective clinical attributes of transradial intervention, combined with the reduced costs and the preference of patients for a more comfortable approach with quicker recovery, mean the procedure is strongly favoured,” says Professor Nolan.

One company particularly active in transradial catheterisation is Terumo, historically one of the largest manufacturers of vascular access products, both radial and femoral. In Europe, it is a top supplier of transradial access technology for interventional cardiology.

“Our radial introducers have a very small diameter and are therefore easy to use. They are truly minimally invasive, according to experienced users,” says Peter Coenen, president of Terumo Europe Interventional Systems. “Our goal is to offer a complete solution for transradial interventions with devices that minimise patient discomfort and optimise procedure outcomes.”

Terumo is active in training clinicians to perform this procedure, with a Centre of Excellence for Transradial Training in the UK and others globally.

The company’s most used products include radial introducers such as the hydrophilic coated Radifocus M Coat introducer and the ultra-thin wall Glidesheath Slender (0.16mm smaller than traditional sheaths), as well as its TR Band radial closure device. All of its introducer kits, catheters and radial closure technology are backed with a near 100-year heritage of technology engineered in Japan.

As clinicians increasingly favour the transradial approach due to its increased effectiveness and reduced risks, as hospital managers opt for the greater efficiency and reduced cost, and as patients choose the more comfortable and easy solution, transradial intervention is now commonplace.

To find out how to provide effective transradial intervention in your clinic please visit www.terumo-europe.com 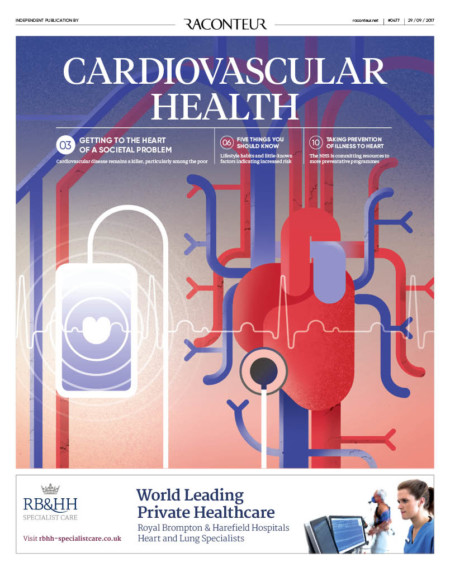