Anyone walking through the cancer wards of public hospitals in Africa would encounter scenes reminiscent of the battle against Aids in the early-2000s, according to Investing in Health, a World Bank report.

Hospital beds once filled with Aids patients are now occupied by people with cancer and non-communicable diseases. Many cancer patients travel long distances and make huge financial sacrifices to reach hospitals or clinics, but by the time they arrive their disease is at an advanced stage and survival prospects are slim.

This is widening further the vast gulf between healthcare in developing and Western countries.  About one third of the world’s population still has no regular access to essential medicines and safe medical care. Many of them live in sub-Saharan Africa, but there are another estimated billion people living in emerging economies marked by wide divisions between rapidly growing middle classes and people living on less than a dollar a day. 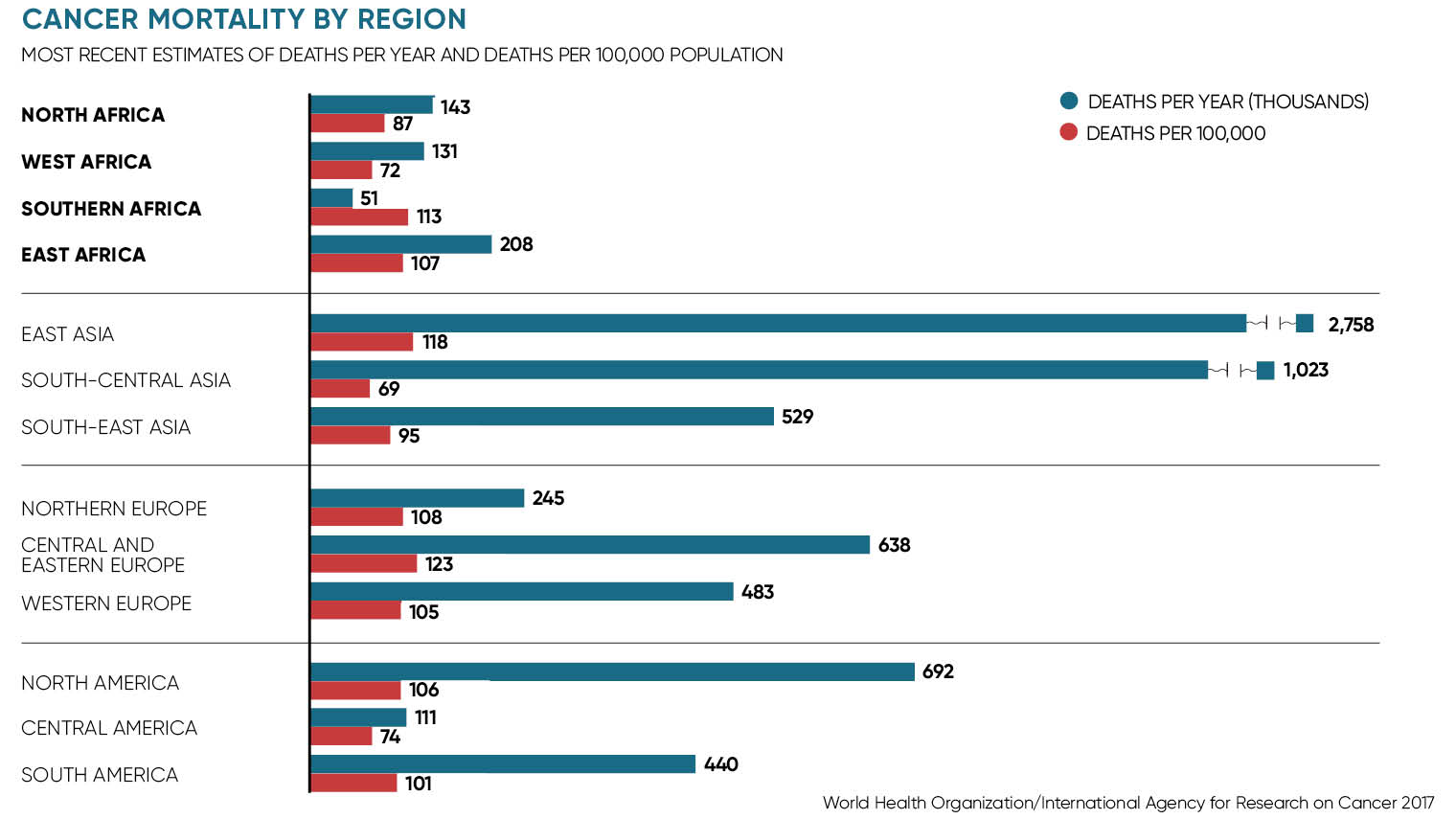 What are global healthcare providers doing to close the gap? Government-sponsored programmes have attracted much attention, but the many individual initiatives by people such as Tim Beacon are less well known.

Fifteen years ago he travelled to Uganda after working as an NHS operating department practitioner and studying for a diploma in travel medicine. The trip was the impetus for the foundation of Medical Aid International (MAI), a social enterprise exporter of medical expertise and equipment, everything from sterilising machines to operating tables.

Mr Beacon, who is managing director of the Bedford-based enterprise, explains: “During my trip, an old friend, a missionary consultant surgeon, asked me to assist in an emergency bowel operation on a Ugandan. It was a miracle he survived. The operating table was wobbling and we lacked

monitoring equipment for heart rate and blood pressure. We were ‘breathing’ for him, squeezing air into his lungs via a bag.

“Unbeknown to us, for at least ten or fifteen seconds, his heart stopped. This could have been critical, but he survived somehow. Surgeons, nurses and operating theatre staff working in these primitive environments develop extraordinary skills.

“As I left Uganda I thought this isn’t rocket science; there must be something I can do.”

Tapping into his NHS and medical equipment contacts, he began seeking donated and reconditioned medical equipment, and established MAI. It now has a staff of four and a £1-million annual turnover. Mr Beacon attributes its success to detailed knowledge and understanding of the demands facing clinics and hospitals in developing countries.

He says: “Many people in the UK donate medical equipment to Africa and the Far East without realising that what works here won’t work in a remote tropical climate. It might make them feel good, but it’s often useless.

“When we started out, 98 per cent of equipment we exported was recycled; now it’s nearer 40 per cent because we bulk buy, and we’ve started designing and producing some of our own equipment, such as operating tables – we know what is needed.”

Easy to transport, the MAI operating table can be taken apart for disaster or outreach work. Critically, it is manually operated, so it doesn’t require electricity.

MAI also export a non-electric autoclave for sterilisation of surgical instruments and other items. Wood fired and looking like a domestic stove, the EcoClave reaches a sterilising temperature within 20 minutes, and is significantly cheaper and easier to maintain than electrically powered machines. Irregular electricity supplies and frequent power breakdowns in developing countries make a compelling argument for wood-fuelled autoclaves.

Mr Beacon says: “Urgent cancer surgery is often held up or cancelled because of power failures affecting sterilising equipment. This is devastating for patients and demoralising for doctors trying to work their way through long operating lists.”

But even the best sterilisation equipment doesn’t work automatically. In a survey at a primary care trauma care course in Uganda, Mr Beacon found that none of the institutions represented were sterilising their equipment to safe standards. This has chilling implications.

In a study reported by the Bulletin of the World Health Organization, healthcare-associated infections varied between 2.5 per cent and 14.8 per cent in Algeria, Burkina Faso, Senegal and Tanzania. Incidence in surgical wards ranged from 5.7 per cent to 45.8 per cent in Ethiopia and Nigeria.

MAI also exports whole facilities. For example, it has just provided a Dar es Salaam city hospital in Tanzania with a complete paediatric surgical unit for £150,000. It includes two operating theatres, a sterilisation department, a recovery unit, 30 beds and nursing equipment. The bill would have topped £750,000, Mr Beacon estimates, if all the equipment had been new.

The Dar es Salaam unit serves a wide area with patients travelling long distances for treatment. One mother recently travelled 1,000 kilometres with her sick two-month-old baby who had a teratoma, a congenital tumour. Teratomas in newborns are generally benign and do not spread, but they can become malignant. The cancerous tumour was completely excised.

A fully functioning operating theatre, running off solar power, in a remote hospital in the Democratic Republic of Congo is seen as a template for as many as 50 other Congo locations to bring medical care closer to those in need.

Hospitals in developing countries are not usually associated with state-of-the-art technology, but digital X-rays are generating huge excitement. They bypass the need for chemical processing and, in the long term, save money.

Mr Beacon says: “Spending money on this kind of thing is how you can really make a big difference. With digital X-ray you can very easily change the contrast of the picture, zoom in or measure angles.

“The image can be immediately seen on other networked computers and users can log in from anywhere in the world. This makes it possible for a doctor in a remote hospital to seek a second opinion from a specialist centre – it’s revolutionary. The image costs nothing and can be printed for the patient’s notes.”

MAI is having a significant impact, but a relatively small social enterprise company can have only a limited impact. The Access to Medicines Foundation, which is committed to encouraging the pharmaceutical industry to help more people in developing countries, estimates that two billion people in the world lack access to medicines. However, MAI shows what one individual with a vision can do.