Being a futurist in a fast-moving digital age can be tricky, so Gerd Leonhard doesn’t do predictions – he makes smart observations 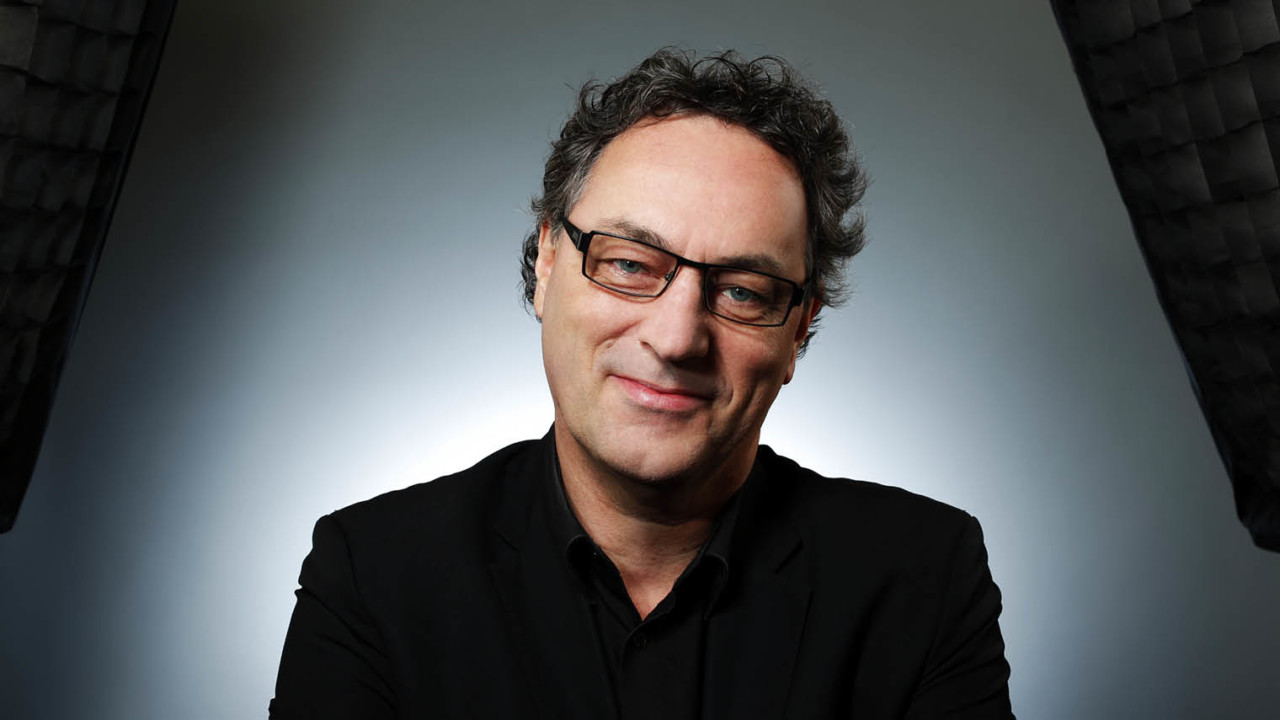 When Gerd Leonhard speaks to an audience about the future, he sometimes likes to begin by playing black-and-white footage of the science fiction writer Arthur C. Clarke. In the clip, Clarke, who wrote the screenplay for 2001: A Space Odyssey with Stanley Kubric, explains that anyone making pronouncements about the future has their work cut out.

Come up with something that sounds at all reasonable and you can be sure that in 20 or at most 50 years, the progress of science and technology will make it sound ridiculously conservative, Clarke says.

But Clarke concedes: “If by some miracle, a prophet could predict the future, exactly as it was going to take place, his predictions would sound so absurd, so far-fetched that everybody would laugh him to scorn.”

Gerd may describe himself as a “futurist”, but he heeds Clarke’s words. “I don’t do predictions,” he says. “I do observations. There’s a very big difference.” With some modesty, he adds: “It’s what anybody could do, if they had the time. But most people are too busy doing their jobs.”

Maybe. But Gerd was named in WIRED magazine’s list of the 100 top influencers in Europe, he has given keynote addresses around the world at conferences and been engaged by blue-chip corporate clients. And some of his observations are startling. His latest book, Technology vs Humanity, focuses on the relationship between us and the machines we’re creating.

The future of tech

He is optimistic about technology’s potential to usher in a new age of abundance – what some people have described as the Star Trek economy – with energy and water becoming cheap, clean and safe. But he also warns that the increasingly intimate interface between people and technology could result in undesirable consequences.

Recent leaps in artificial intelligence have made it possible for digital assistants, such as Apple’s Siri, Amazon’s Alexa and OK Google, to communicate with people using natural language, something that seemed eerily absurd to the 1968 audience of 2001: A Space Odyssey. But Gerd thinks that’s only the beginning.

Soon, he says, it will be possible for us to wear contact lenses that are connected to the internet, to have nanobots inside our blood to correct our cholesterol levels and, eventually, to “upload our brains and live basically connected with our neocortex to the internet”. He says: “We could be the last generation of humans not physically altered by technology.”

For so long, he adds, the question has been whether technology is capable of doing a task or making something more efficient. But now its applications are almost boundless, we need to ask a different question: should it?

Gerd describes his working process as like “putting together a large puzzle”. He consumes a dozen books and ten audio books each month, subscribes to around 50 hard-hitting newsletters, such as Exponential View, and relies on a network of colleagues and other sources to help him synthesise information, research, news and public opinion into a picture of the important trends that are coming into focus.

On that note, he mentions a famous quote from another science fiction author, William Gibson: “The future is already here – it’s just not very evenly distributed.”

In Gerd’s concerns about what he terms “digital ethics”, there are echoes of his university days studying theology and philosophy in the German city of Bonn. From there, he moved on to America in the mid-eighties to further his interest in music. His guitar playing earned him a scholarship to the prestigious Berklee College of Music in Boston and he worked for more than a decade as a session musician, making records and touring, but never quite hitting the big time.

Then, in 1994, he secured investment for his first business, Licensemusic.com, which he describes as “like iStockphoto for music”. He says: “We were selling music for film and TV commercials over the internet.” The company grew to have around 100 employees, but succumbed to the dotcom crash around the turn of the century.

So Gerd returned to Europe, where he now lives in Zurich, and wrote a book, The Future of Music. “It was a hit,” he says, dispensing with modesty for a moment. “People started calling me a futurist. But I didn’t know what a futurist was at that point.”

Since then he has embraced his new role and others have followed suit. But Gerd says his interests and those of the people who engage with his work are not always precisely aligned. Take people who work for venture capital firms, who he says often have a limited view and can be fixated just on developing their investments into dominant companies. “I think it’s much more helpful to think about what is going to sustain our lives as humans, rather than how we’re going to sell more software,” he says. 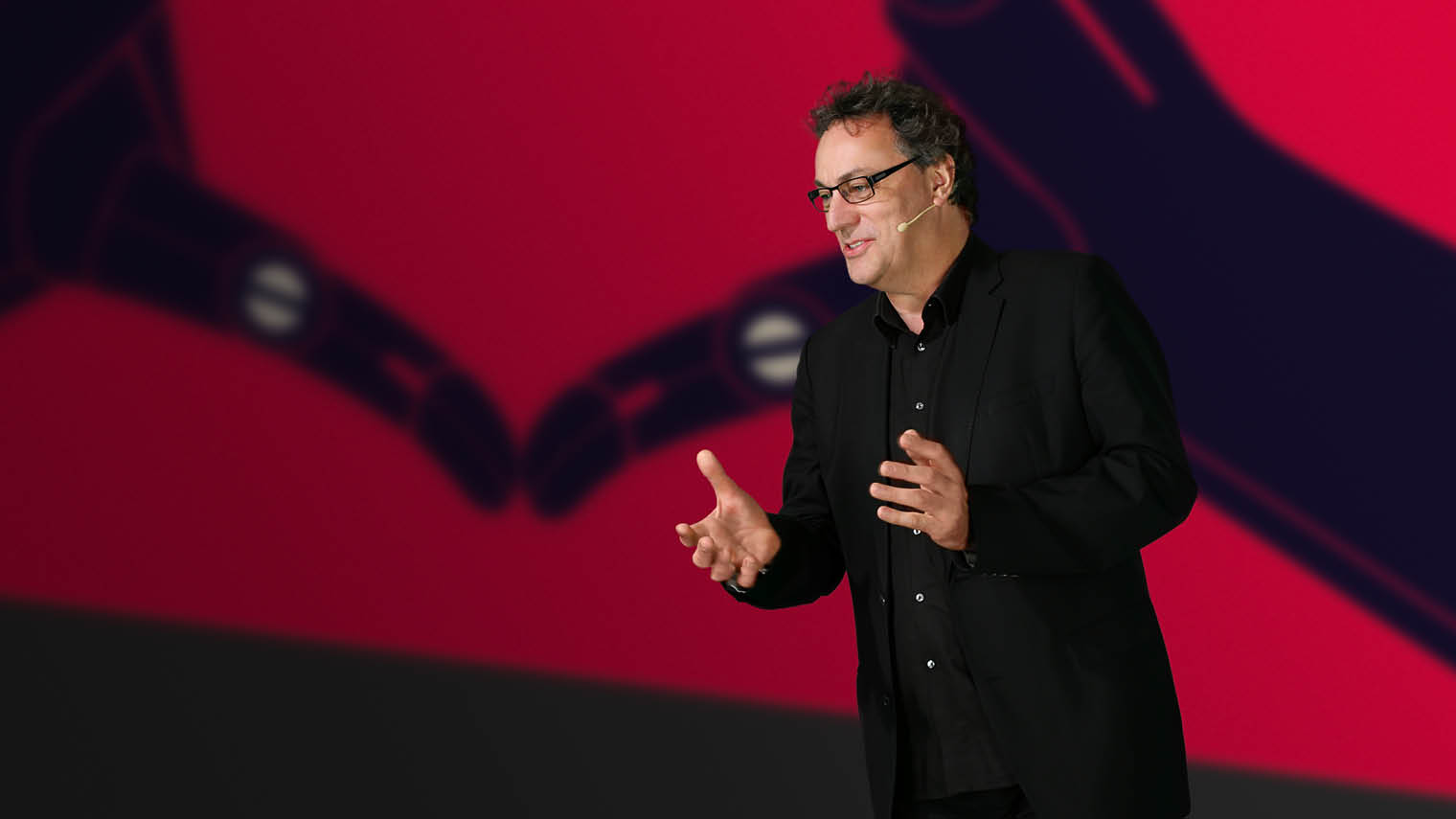 Gerd is also critical of some of the businesses that have been elevated to dominant positions by stacks of venture capital money. “You are responsible for what you invent,” he says. “Whether it’s guns, bombs, or a platform or digital tool that everybody is using.

“Google has a division that works on human genomes. If they invent something that stops ageing, are they responsible for what it does to society? Well, sure they are.”

He describes Mark Zuckerberg’s lacklustre response to the proliferation of fake US election news via Facebook as “cheap”, adding: “Many of the companies are cheap on the ethical side. They need to self-regulate, they need to accept responsibility. And if they don’t do that, then I think we need to do it for them.”

Gerd stresses that Facebook’s algorithm only provides a “simulation” of news. And that the same characterisation applies to much of what technology does, and would do, when it replaces humans. It’s conceivable, he says, that a computerised politician would make “better” decisions about monetary policy, for example, than its human counterpart. But humans, as the Israeli psychologist Daniel Kahneman argued in Thinking, Fast and Slow, don’t make decisions in purely rational terms and to ignore that fact is to miss something crucial about the way we are.

The danger, in Gerd’s eyes, is that by placing too much faith in simulations, we risk becoming excessively reliant upon then, losing faith in our own abilities and ending up with the kind of technological dystopia described in Charlie Brooker’s TV series Black Mirror. “While simulations work,” Gerd says, “they’re not real. If you’re happy with a simulation, then go marry a robot.”