The third instalment in our series, Raconteur Guides for Business, reveals the business potential of connected cities. As technology and the city unite through the Internet of Things, enterprises are set to cash in on the transformation of urban life.

Experts argue that the transformation of London into a smart city will not only invite international investment but that it will also firmly establish the city as a global capital. As the Internet of Things creates a whole new world of connections, how can businesses provide the technology to impact the way that cities – and citizens - share information in the future?

The uniting of technology with the city doesn’t have to bring Metropolis-esque nightmares of the machine dominating man. In fact, the Internet of Things is set to empower city dwellers and create investment opportunities for businesses; Frost & Sullivan forecasts that the global smart city market will be worth $1.56 trillion in 2020.

Smart cities are an ecosystem of parts played by many different actors. No one company can do the whole thing

For example, a connected city means a need for increased business efficiency with connected transport for on-the-go meetings and homes featuring smart offices kitted out with a plethora of connected devices for a smoother, more flexible working lifestyle.

With the help of leading influencers, we explore the business benefits of the rise of the futuristic city, the essential role of collaboration between businesses and technology, plus the steps that London is taking through construction towards becoming a global capital.

Bringing in the big bucks

Future cities and the Internet of Things will continue to attract huge investment:

A smart city’s success depends upon collaboration between businesses and devices. “Smart cities are an ecosystem of parts played by many different actors. No one company can do the whole thing,” says IBM’s Andy Stanford-Clark.  Gartner projects that by 2020 there will be 9.7 billion connected things compared to an already sizeable 1.1 billion things in 2015 and, with all that connectivity, collaboration across interfaces is vital.

Alberto Prado, head of Philips Digital Accelerator, remarks that currently interoperability “is highly fragmented, leading to a situation where devices from different brands cannot ‘talk’ to each other,” adding that the appetite for consolidation has grown in the last couple of years. Devices speaking the same language through a process of standardisation could see highly empowered users in the future.

But the interlinking of networks, devices and data is yet to come to fruition and Bilel Jamoussi of the International Telecommunication Union (ITU) explains that “it is the collective power of these utterly disparate elements that lies at the heart of the power of IoT and the smart city.” A connected city will be charged by the sharing of information and resources and this is not just limited to the digital world of systems. IBM’s Mr Stanford-Clark stresses the importance of data security; “there has to be more effort made by organisations who use our data to educate us about exactly what they will use it for and what the benefits will be in return for giving up that data.”

As Léan Doody, smart cities lead at Arup Digital, points out, “some of the indirect effects of the IoT in cities will revolve around collaborative behaviours among humans, not just things”. We’ve only touched the tip of technology’s ability to better allocate resources with the introduction of sharing schemes such as Bla Bla Car and Boris Bikes however there is so much more to look forward to.

The future of transport 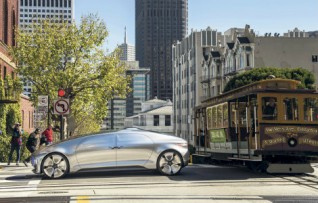 Whilst the Internet of Things might not radically change a connected city’s external appearance, it will certainly revolutionise the way we travel and interact with its streets. While there won’t be flying cars just yet, a few thousand drones or an airport hub in the middle of the city like in Doha, Arab Emirates is closer to reality than we might imagine. Transport integration is a trending topic, with Gartner predicting that connected transport in cities will increase from 237.2 million in 2015 to 371 million by 2017.

UK businesses have been instrumental in providing us with the first glimpses of connected transport with Isle of Wight ferries tweeting about their arrival and departure from ports. The US, however, is currently leading the way when it comes to traffic management which has huge economic potential for enterprises. 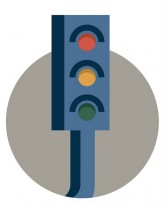 Palo Alto, a Californian city in the heart of Silicon Valley, is now recognised as one of the first cities to adopt a traffic management system in the US with an IoT driving connected vehicle initiative. The city provides real-time traffic updates through the Trafficware ATMS 2.0 system which adjusts signal timings in order to reduce congestion and delays. A web-based information system accessible on a smartphone, tablet or web browser also makes the public aware of real-time traffic conditions in the city.

Business Insider Intelligence suggests that by 2020, 75 per cent of cars worldwide will feature internet access with global revenues from related services exceeding $152 billion. In addition, KPMG estimates that autonomous vehicles may well provide a £51 billion boost to the UK economy in the near future. Ultimately it is the citizens of a city who will benefit the most from the IoT, the stop-start nature of London’s busy roads will eventually cease to exist. On an even more positive note, autonomous vehicles could reduce serious road accidents by more than 25,000 a year by 2030 according to KMPG. 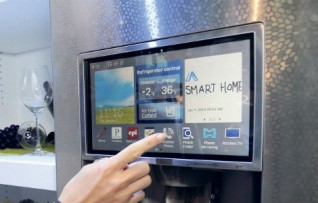 With the number of connected devices soaring to 26 billion by 2020 according to Honeywell, it’s only a matter of time until the IoT becomes a part of our homes and daily lives. Strategy Analytics predicts that the global smart home market will reach $100billion by 2018 and forward-looking businesses are tapping into the endless possibilities for innovation within the home.

Despite the universality of globalisation, the smart home is tailored by location. Businesses should consider adapting to the unique needs of diverse cultures, from climate control for fitness fanatics in California to heated toilet seats in Japan and even devices that will do the mundane chores in the UK.

Gartner predicts an upward universal trend with smart homes becoming the most connected thing installed in smart cities from 294 million in 2015 to an enormous 1067 million in 2017. Smart homes, however, depend upon a reliable broadband infrastructure to keep up with the sprinting speed of technological transformations.

Despite failing in 2012 to deliver on its promise of universal access, the UK government has pledged to achieve 95 per cent broadband connectivity by 2017. Powered by high-speed infrastructure and jaw-dropping constructions, London is well on its way to becoming a connected city to be reckoned with.

From the 43-storey, £110-million Providence Tower to the plush Riverlight residential development on the South Bank, Raconteur has uncovered the lucrative yet controversial  plans for the future of the London skyline.

London has always been at the heart of global transformation and with 250 tall buildings of 20 storeys or more set to alter London’s iconic skyline for better or worse, there has never been a more perfect time to explore the implications of construction in an increasingly connected city.

Year on year the city has witnessed the construction of impressive towers such as The Gherkin and Lloyds of London. Now Canary Wharf, Southwark and Nine Elms are just some of the construction hotspots where towers could alter London’s already diverse landscape.

Change, however, inevitably inspires debate and campaign groups such as Skyline, supported by prominent architects David Chipperfield, Eva Jiricna and David Adjaye are receiving growing backing in response to the news of increased construction in our beloved city. Barbara Weiss, co-founder of Skyline explains, “we’re not anti-towers, so much as anti-bad towers in the wrong location. The question isn’t just how they look, but how they look from miles away.” The group argues that the London skyline lacks planning and in turn continuity and consistency, a feat which New York has successfully achieved.

Bill Price, director of building structures at the WSP Group who engineered the icon that is The Shard, further outlines that the construction of towers requires careful consideration, “since such tall buildings today are stronger than those built in the past, they are designed and made to last. These are towers that are likely to be there for centuries – you can say, in effect, they will be there forever.”

The space surrounding the new-builds is a key focus for investors who have the power to regenerate an entire area creating essential infrastructure from gardens to civic facilities which will be advantageous to all stakeholders involved. Moreover, as the population continues to grow at an exponential rate, tower buildings could be the coveted panacea for London’s highly debated land shortage.