Brands talk candidly about voice tech, before it gets out of hand, so to speak. Now, with speech-enabled shopping offering the ultimate convenience, many experts predict the mass adoption of this nascent, integrated technology is inevitable, triggering wholesale disruption across the retail industry.

“We’re heading towards what I call the ‘Amazon singularity’ and they are going to make the jump at light speed,” says Scott Galloway, professor of marketing at New York University Stern School of Business, where he teaches brand strategy and digital marketing. “Effectively, Amazon is partnering with about 700 million global consumers, infinite capital from fanatical investors and technology to declare war on brands.

“Using its algorithm, Amazon can figure out the best deal in a nanosecond and they will most likely move you, with bias, towards a product that generates the highest margin for them. Consider that right now 60 per cent of households in America have Amazon Prime – that is a greater percentage than the number of people who voted in the 2016 presidential election.”

By spearheading the voice-tech revolution – from November, the Echo Show will be the latest device to join Alexa’s burgeoning family – Amazon’s dominance over other brands is increasingly gigantic. “There is no question that in 2017 the most disruptive technology is voice,” Professor Galloway continues. “A third of all computing will be screenless by 2020. And because consumers are not in front of a screen, many of the levers that a brand traditionally pulls – eye-level visibility, shelf placement, design, packaging and pricing – are done away with. Voice tech emasculates brands.”

Consumers are more likely to ask for a product type, not a specific brand, unless they have strong existing loyalty

This trend should sound a deafening alarm to laggard brands and is only going to escalate. In September, digital marketing company iProspect UK published The Future is Voice Activated that claimed 15 per cent of the British population is currently using voice-activation technology. Chief executive Stefan Bardega points out: “That equates to 7.4 million people. There is an exponential effect that will happen with voice activation as more voice data means better accuracy rates – it’s now at 95 per cent and was 30 per cent in 2012 – which in turn fuels more usage.”

As the retail landscape is steamrollered by Amazon and other tech giants, such as Google and Microsoft, traditional marketing models will not be worth the paper they are written on, and sooner rather than later. “Even an 85-year-old woman can use this voice technology,” says Swiss-based futurist Gerd Leonhard. “That’s why there is a very strong likelihood of this becoming the default way to shop. This is going to be adapted by everybody very quickly; it is the ultimate convenience because there is zero interface.

“Certainly, brands are under fire because all of the large platforms are inventing fast and furiously, so they have to keep an eye on what that means for them and make sure they don’t get totally washed away. I wonder why brands, such as airlines or hotels and so on, don’t invent their own voice applications.” 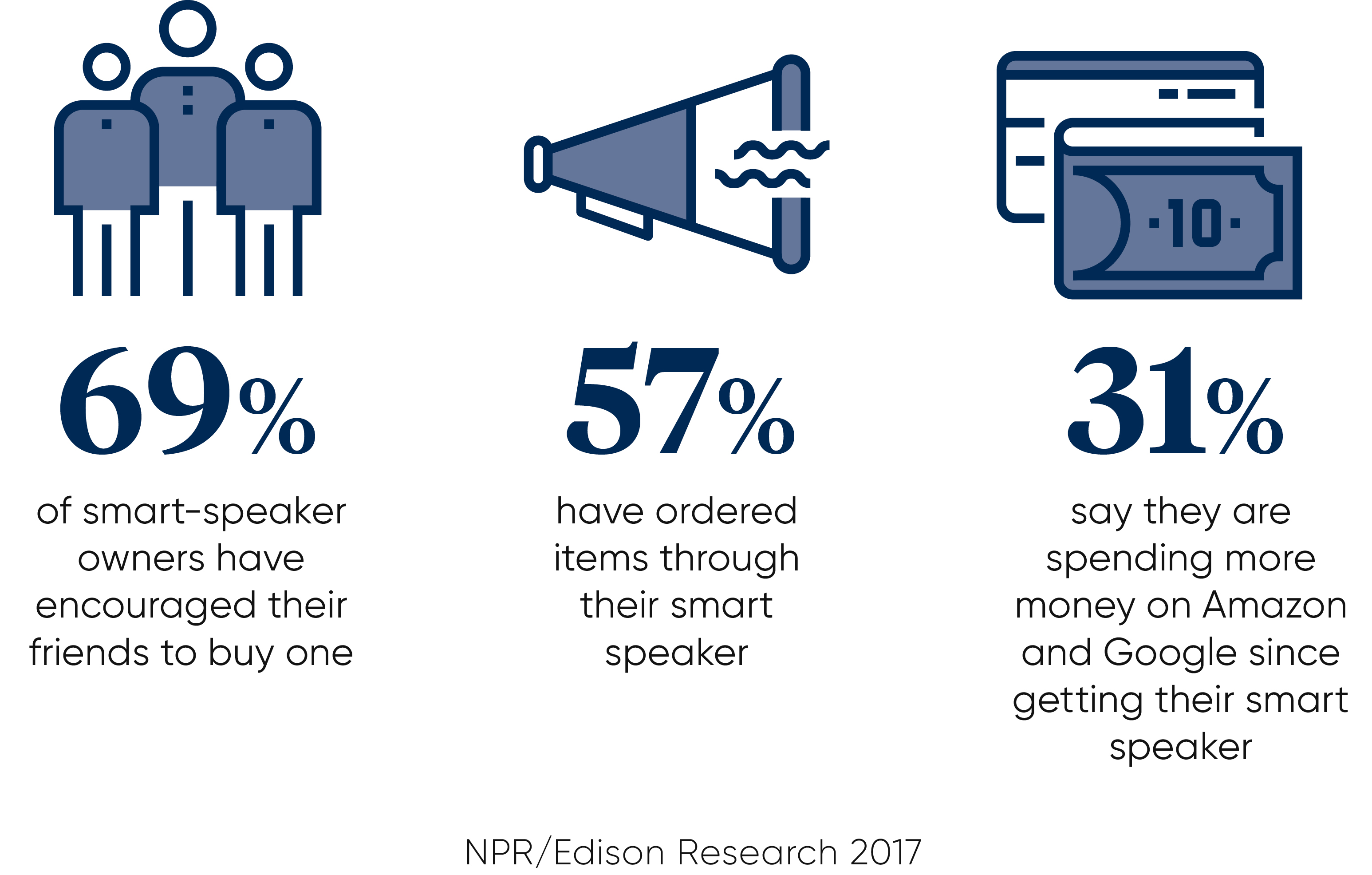 Benedikt von Thüngen, chief executive of Speechmatics, that claims to have the most accurate speech recognition software on the market, continues this theme. “The way things are going, we face a brandless future,” he says. “Therefore companies may want to develop their own voice-activated tech for shopping and that could require third parties. There is a huge opportunity for retailers to redefine their consumer activities through companies that are independent of Amazon and Google.”

Chris Wood, director of retail at Salesforce UK, says retailers “need to look at innovations that will help deliver an experience that is convenient, personalised and seamless across multiple channels”, and can compete with the Silicon Valley behemoths. “Consumers are starting to interact with brands in the same way they interact with people; it’s informal, intuitive and immediate,” he says. “Voice apps that are integrated into a retailer’s overall customer strategy and offer some degree of personalisation can certainly help brands build this experience.” 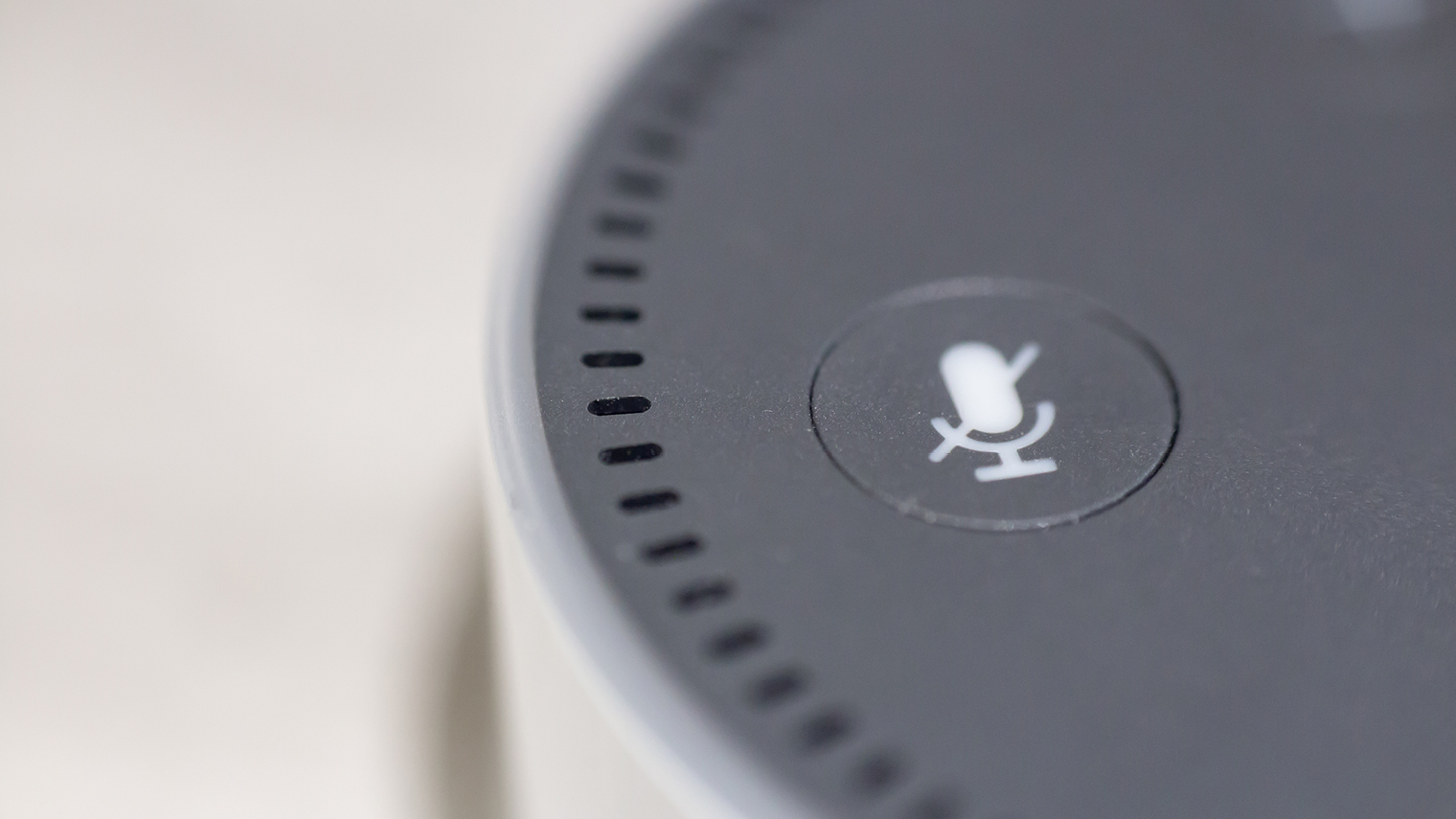 There is still time for brands to arm themselves and battle back, but they must take action immediately, warns Matt Bush, director of agencies at Google UK. “Our research shows that a staggering 75 per cent of consumers said they search more now they can use voice search, while 83 per cent of consumers agree voice capabilities will make it easier to search for things and 89 per cent believe voice will enable users to find things more quickly,” he says.

“Interestingly, 51 per cent of respondents are using voice and text search interchangeably. These findings evidence the importance of voice-activated search and the need for retailers to prepare for it now, while also ensuring more traditional text search is catered to in marketing and customer-experience strategies.

“Voice search may seem like a disruptive technology at this moment in time, but it will ultimately allow retailers to better understand customer intentions and how they want to interact with brands. A retailer that gets this right and also spends time investing in the still regularly used text search function will find themselves in a better position, with closer relationships with the consumer, deeper understanding of their needs, and the ability to predict and provide for areas in which they may be lacking.”

Oliver Wright, managing director and the global lead for consumer goods and services within Accenture Strategy, agrees and says visibility is essential. “Voice ordering, which offers consumers a level of ease and convenience they have never had before, is the ultimate stress test for brands in the digital age,” he says.

“Without the physical presentation of a brand on a mobile device, computer screen or through a store experience, consumers are more likely to ask for a product type, not a specific brand, unless they have strong existing loyalty. Therefore never has brand awareness and differentiation been so critical. Being ‘top of mind’ will be essential for brands in the age of voice tech.”