Charles Orton-Jones realises it’s impossible to predict the future, but sees some pointers showing the possible direction of work culture to come

Look into my crystal ball. Let us gaze into the future and, as the mist clears, we can begin to see the workplace of tomorrow – a strange place where… where… well, what do you think we’d see?

We asked more than 50 entrepreneurs, academics, chief executives and other business leaders how the workplace will change over the next decade. Naturally, there was a lot of disagreement. Hierarchies may disappear or prove stubborn. Offices will mutate into strange playgrounds of whimsy or stay pretty much the same. But there were a long list of insights which are clearly founded in fact and reason. Here are the best.

Mandy Rutter, workplace psychologist for employee wellbeing consultancy Validium, points out the rise of pharmaceutical turbo-boosters is just getting started. “Smart drugs are likely to be at the centre of a storm of debate over ‘natural’ versus artificially supported work performance,” says Ms Rutter, who believes we’ll think of “work as a form of extreme sport”.

The drugs are already popular in universities. This will increase. “These kinds of drugs already exist, and a number of research programmes have been carried out and are underway relating to their ability to improve memory, motivation and other work-related qualities,” she says.

“Drugs like Ritalin are usually prescribed to treat attention deficit hyperactivity disorder and Modafinil for narcolepsy, but there have been streams of anecdotal reports on the use of these and metaamphetamines by stressed managers, as well as their known use by the military and among emergency services staff. In principle, smart drugs will help people to work harder, work longer, and feel more motivated.”

Ritalin and Adderall are routinely used by the US Army. Office foot soldiers won’t be far behind.
As well as drugs in the office, we may also have robot assistants. A dream? The people who know when we’ll be chatting to artificial intelligence secretaries are at Nuance, the speech recognition giant behind Apple’s Siri.

Seb Reeve, director of product management at Nuance, says: “One of the biggest trends that will change the way we work is artificial intelligence (AI) and intelligent systems,” he says. “AI-driven virtual assistants will simplify the often overwhelming volume of content, services and capabilities that we have access to through phones, PCs, tablets, TVs, cars, apps – and now watches, thermostats and an expanding array of consumer electronics. To render these devices more capable, intelligent and useful, it’s critical that these attributes are matched by the ability to reason and understand what you and I want, need and expect out of them.

“We’re starting to see these virtual assistants appear across a range of sectors, including the banking industry where ING Netherlands recently launched Inge, a new AI-driven voice feature on its mobile banking app. Inge uses Nuance’s Nina technology, an intelligent virtual assistant for customer service, which provides an innovative, simple and hands-free alternative for customers to do mobile banking. This technology not only improves the customer experience, but reduces the drain on human resources for the company.”

One trend gathering steam is for big firms to solve the innovator’s dilemma in which newcomers disrupt markets, while incumbents try to maintain the status quo by latching on to funky startups. Brian Millar of Sense Worldwide is a keen observer of this. “One big trend we’re seeing is large corporates starting to think more like venture capitalists, both internally and externally,” he says. “This is driven by the demand for every company to innovate at the pace of technology companies, from FMCG [fast-moving consumer goods] to drinks, even to cardboard-box makers.

“Few internal research and development teams can keep up with that demand, so companies are turning to entrepreneurs and incubating them, spreading their bets across a number of ideas.”

Blue-chip companies are investing big sums, he says. “Nike has opened an incubator in Portland. Shell is incubating tech companies in Bermondsey. Telefonica has Wayra centres in South America, London and the US.”

The startup culture where roles change, offices are hives of improvisation and autonomy is commonplace may be the most attractive recipe

Naturally, the incubator model needs to ensure the money is flowing in the right directions. “Of course this comes with issues of its own,” Mr Millar concedes, “as internal innovators compete for budget with entrepreneurs, who may get a much bigger upside if their idea becomes commercial.

Meanwhile the tempo of corporate innovation has to adjust to entrepreneur speed and vice versa.”

Pound and dollar signs are not the only metrics that matter. It is clear that many firms are working hard to give meaning to their firm. And to make it fun.

Matt Kingdon, founder and chairman of creative consultancy ?What If!, says the Millennial generation will demand far more than financial rewards. “Variety is the spice of life. They don’t expect to be doing the same thing for long – no one aspires to work their way up one company anymore – so you need to keep them interested and fresh and they’ll feel like they are being challenged, adding skills to their repertoire and avoiding the death of boredom.”

The startup culture where roles change, offices are hives of improvisation and autonomy is commonplace may be the most attractive recipe for Millennials and their peers, no matter what the size of firm.

So what can we expect? With so many differing opinions on how an office should look, behave and cater for its staff, we can surely expect to see a profusion of varieties of workplaces. We should brace ourselves for some of these to be radically different from anything we’ve seen before.

John Newton, founder and chief technology officer of document management firm Alfresco, puts it succinctly: “According to Moore’s law, in ten years’ time computing will be about 64 times more powerful, storage capacity will be about double that and network capacity probably about 50 times greater than today. This means that any problem will not be constrained by computing or space, but by imagination. As Bill Gates has said, ‘We always overestimate the change that what will occur in the next two years and underestimate the change that will occur in the next ten’.”

Robots, smart drugs and offices, where dreary office hours are a thing of the past, may soon be upon us. 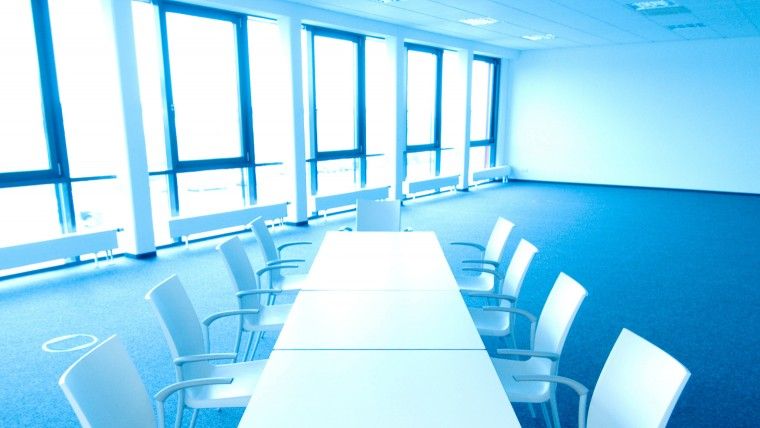 “Meetings play a vital role in businesses across the globe and it is, therefore, worrying that so much time is being wasted in them,” he says. “There is a culture of professionals ‘putting an hour in the diary’ for meetings and this then results in a group of employees taking a large portion of their working day to discuss issues at length, when a brief meeting would suffice.

“At Black Pepper Software, we have a ten-minute stand-up meeting every Friday morning and each team has a five-minute stand-up meeting every morning to discuss key issues relevant to everyone present. Any smaller issues are then handled separately among those people who need to be involved, rather than including the entire team which simply wastes time that could be better spent elsewhere.

“It takes time and effort to implement these stand-up meetings; changing from traditional business meetings to the short and focused stand-up style doesn’t happen overnight. Employees need to adjust to putting across their points in the most concise way possible, rather than lounging and going off on irrelevant tangents. It might not be greeted with open arms at first so the benefits need to be clearly explained to the team – depending on the size of your business, stand-up meetings can save as much as a day a week.

“To make sure you take full advantage of this style, you need to implement a focused culture in the workplace. If you have a meeting to schedule, instead of just putting aside an hour ask exactly why the meeting is necessary and you’ll soon realise the majority of the points which need to be covered can be crossed off inside a ten-minute slot.

“Action boards will act to support this culture as large portions of time can be wasted updating colleagues on your progress. We each have an avatar which sums us up, anything from an image of a teacup to our favourite superhero. What we’re working on throughout the week is highlighted on this board so anyone can see what has been achieved, removing the need for further unnecessary meetings.

“Some may argue cutting back on the amount of time spent in meetings could have a negative effect on the workforce, but the opposite is actually true. By cutting out the needless meetings, there will be more time to focus and work closely with colleagues, while having daily stand-ups ensures every employee knows what’s going on throughout the business at all times.”