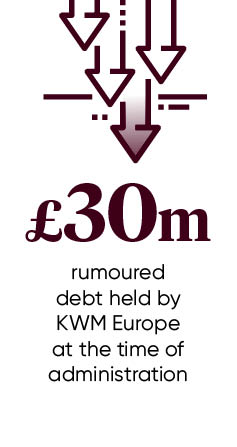 The collapse of the European arm of King & Wood Mallesons or KWM was one of those dramatic moments which gripped the entire legal world. Legal Week mused that at one point pretty much all its top stories were on KWM. The interest was more than gossip. There was, and is, genuine interest in why such a huge law brand came tumbling down.

Legal analyst Mark A. Cohen wrote in Forbes that the Swiss verein structure was partly to blame. KWM’s Chinese and Australian units operated as independent legal entities under the system. It is the reason why KWM’s other entities continue to thrive today, despite the loss of KWM Europe and Middle East.

Mr Cohen described vereins as “legal networks masquerading as unified firms”. He criticised the lack of shared interest, reward or ethos: “This is not your mom or dad’s version of a partnership or a law firm.”

The most thorough analysis came from The American Lawyer, which interviewed 30 current and former partners to piece together what happened. Along with analysis from other industry commentators, we now have a good idea of what really went wrong and what other law firms can learn.

First up, the root causes ran deep. KWM was formed by a merger between SJ Berwin and KWM in 2013. SJ Berwin came to the deal with profound problems, the highlight of which was the collapse of revenue from private equity and real estate work during the financial crash. SJ Berwin’s revenue fell 14 per cent in the year to April 2009 and equity partner profits halved from £801,000 to £410,000.

The merger was way out. It would create a law firm with a powerful Chinese and European presence. This was achieved, but only superficially. Post-merger work deriving from China was accepted at massive discounts of up to 80 per cent.

A former partner disclosed to The American Lawyer: “We were told that we’d have to do the work at knockdown rates because it was an important client for the firm in China and we couldn’t afford to upset them, but we’d then get a kicking for not doing the work as profitably.”

The firm was badly run. A classic example is the remuneration policy, as this quote from a former partner makes clear: “If I sent work to other [KWM] partners, it would be out of my numbers at the end of the year. It was better for me to send it to another firm as I’d then still be the one invoicing the client, so I’d get the credit for everything.”

As the management started to panic the strategy became erratic. The focus moved to capital markets mergers and acquisitions, yet the London office struggled in this domain. The operation was streamlined from seventeen practice groups to three. Around 15 per cent of partners were asked to leave.

The real estate practice was hardest hit. More than half the partners were forced out or de-equitised. When the top private equity team in Paris defected, it was curtains. The remnants of KWM struggled to pay for even the stationery. Attempts to raise money via a capital call from partners failed, as not enough partners bought into the scheme. Barclays, which had patiently funded the turnaround, in the end pulled the plug.

Take your pick. The de-equitisation is clearly an issue which resonates. Rustom Tata, chairman of DMH Stallard, comments: “De-equitisation is a blunt instrument. It can cause real dissatisfaction and many firms will find a former full-equity partner will leave, rather than remain in the firm and being seen as having failed. The loss to the firm of the goodwill and connections around that individual partner can be considerable.”

The reward system was terrible. Richard Burcher, who runs global pricing consultancy Validatum, says: “Perverse incentives are all too prevalent in law firms.” He predicts more fallout for the industry: “The real crunch for many may not be the implosion we saw at KWM, but a growing client revolt. Clients know when law firms are rewarding lawyers on hours billed or other measures that bear no relation to the client’s objectives and they see the consequences in the invoices they’re sent.”

And the verein structure? Views vary. Mark Briegal, partner at Aaron & Partners, says there are challenges with the structure. “Problems can quickly manifest themselves around issues such as the sharing of costs, profits and shared liability, especially if an overarching vision of fairness has not been communicated and mutually accepted by all partners. In the case of KWM, it seems that some of these issues had emerged and were not adequately dealt with,” he says.

A lesson is that verein structures need to collaborate. Philip Watkins, partner at FRP Advisory, which helps restructure law firms, says: “It is important that there is a one firm culture that encourages partners to work together across different territories or offices.” After the KWM debacle, it’s hard to argue with that.

Size is a final issue. The scale of KWM failed to save it. Lawyers at mid-sized practices may take comfort from this. As Steve Roberts of solicitors Richard Nelson says: “Perhaps one of the key lessons to be learnt is big is not always beautiful and that big is not always safe. It is often assumed that the bigger the better and that there is safety in numbers. Clearly, that does not appear to have been the case with KWM.” 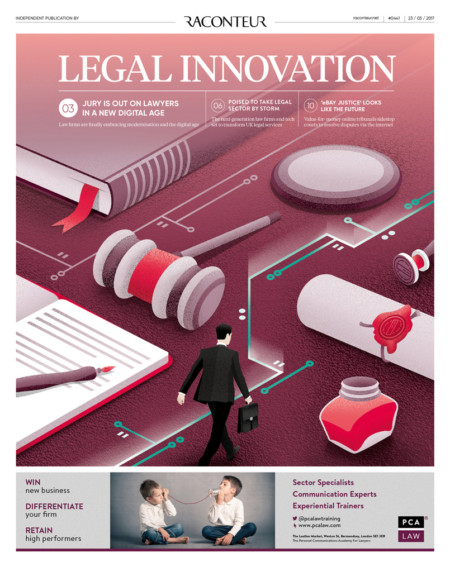