It sounds counterintuitive, but there’s nothing riskier than a growing business. “As soon as headcount expands, shared values, the culture of a business, inevitably gets diluted,” says Kerrie Fleming, associate professor of organisational behaviour at Hult International Business School. The challenge for leaders is stark; how do they ensure corporate values are adhered to – by all – and can they stop sub-tribes doing their own (risky) thing?

“The larger the organisation the more chance corporate values misalign with the personal values of people working for them,” argues Patricia Hewlin, professor of organisational behaviour at Desautels Faculty of Management. The danger, she says, is that sub-groups can grow that have a “facade of conformity” that is not genuine – which is a risk. “These employees give the illusion of togetherness but they engage in activity divergent to what the organisation wants,” she says. “And resistant sub-cultures are very good at hiding  - meaning they only surface when it’s too late.”

Recent banking scandals reveal the extent to which sub-groups acting against espoused company-wide values can have disastrous impacts. RBS’s rigging of the Libor financial benchmark (resulting in a £390-million fine and untold reputational damage) was blamed on an errant group of just 21 staff. Rita Trehan, chief people officer at AGL, Australia’s largest energy company, says: “What complicates matters is that scandals aren’t always deliberate. Risk can be created by policies, like unrealistic targets. The trouble is, groups develop that say ‘we’ll do this now, and figure out how to deal with it later’.”

So can universal cultures really be created? Commentators certainly agree leaders must get visible. “Culture comes from the top,” says Ms Trehan. “If leaders don’t own it, how can they expect their employees to? They must talk to their teams, do the rounds, and showcase what they expect.”

Across offices, or even territories, this isn’t easy, but Alexandre Ricard, chief executive of drinks group Pernod Ricard, believes it’s necessary: “Our values, mutual trust, entrepreneurship and ethics, are central,” he says. “But because we’re decentralised [brands are empowered to make their own decisions], our internal social network plays a key role. Twice a year I personally answer questions posed to me in a live chat. We also foster international mobility to further expose people to the culture.”

Setting an overall framework, but allowing variation, is the best companies can hope for, say some: “Culture is give and take,” says Mark Curtis, chief client officer at design consultancy Fjord,  which was bought by Accenture in 2013, potentially causing risky culture clash. “Fortunately Accenture accepted our unique 220-person culture, while we accepted we’d slowly evolve and become part of their 330,000-strong culture.” He adds: “Certain Accenture ways have definitely rubbed off on us – like being prepared for meetings – and this was essential to protect Accenture’s reputation.”

Being different within a business needn’t be risk-laden in itself, nor is an attack on universal culture, says Mr Curtis; he argues difference is a strengthener: “What businesses need is a core DNA, but one that leaves room for mutations. Good mutations can be positive, something to share. It’s only when a mutation turns to something else that you create risk.”

Media agencies, often made from many sub-brands, have got particularly good at allowing diversity within a common culture. Pip Hulbert, chief executive at Wunderman, says: “Overall we have a clear culture and expect people to fit into it. When we induct new people, for example, our senior teams use the same language to ensure the behaviours we talk about become real.” But, she adds: “We also accept we need to listen. So, twice a year we ask staff what should change or stay the same about our culture, so that people feel their own it.”

Manning Gottlieb OMD, part of global marketing and communications giant Omnicom, has taken this idea even further. In 2016 it created “OMD Tribes” (named Turing, Marconi, Lumière and Caxton) to which staff are assigned a bit like new joiners at Hogwarts. “There’s no sorting hat,” jokes boss Natalie Bell, “but the tribes are deliberately cross-functional, meaning staff that might not otherwise have met make connections.” She adds: “We argue this actually protects the overarching culture because each house lives up to our values of providing support. Risk is reduced, because people easily spot those that don’t want to have the attitudes we want.”

Thankfully, even if risk-spreading cliques are difficult for leaders to spot, analytics are coming to the rescue. Human capital consultancy Alderbrooke has created award-winning tool CultureScope, which creates profiles based on 30 behaviours across 15 dimensions, according to how people say how they do things, and what they see others doing around them. The tool can graphically show how closely certain teams, offices or subdivisions map against defined organisational values.

“When you see staff outside your values framework you’re almost waiting for an event to trigger a set of behaviours that could be horrid,” says Hani Nabeel, its director of behavioural analytics. He adds: “Find these pockets and remedial action can be taken. It can be as simple as changing how these people are managed, or changing KPIs so that they don’t drive the wrong behaviours.”

When Alexandre Ricard was made chairman and chief executive of Pernod Ricard in 2015, his priority was to ensure its “winning mindset” culture was spread as consistently as possible across the globe – but also to allow local interpretation.

He says: “This mindset and new corporate culture is based on three core values; mutual trust, entrepreneurship and a strong sense of ethics. They are critical to us and are the backbone of both our organisation and of our vision.”

He adds: “In describing our vision, we say convivialité is our way of being. It represents a desire to establish simple and direct relations with our colleagues, as well as with our clients and consumers.”

But this doesn’t mean there is no room for sub-cultures. He says: “We value all local cultures and integrate them. Because our vision of convivialité is, by definition, inclusive, we have adapted our business model to recognise that staff best reflect the diversity of our consumers. No one knows our millions of local consumers better than the men and women who interact with them every day.”

So does this flexibility work? Mr Ricard is certain of it. In Pernod Ricard’s latest ‘I Say’ staff survey, 96 per cent of employees said they were proud to be associated with Pernod Ricard. In addition, 87 per cent said they would recommend their company as an employer of choice, while 92 per cent consider themselves as ambassadors of the group. 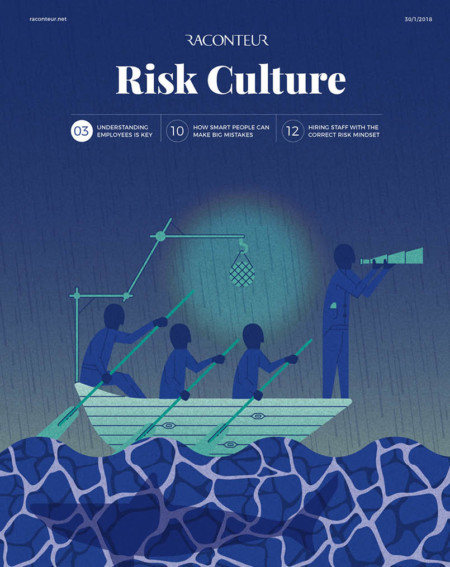 Cultural change: a map for CEOs

Building shared values in a company of many tribes