Rise of the digital nomad

Much has changed since 1980 when Dolly Parton released the song 9 to 5. Most people in Europe work less than a 40-hour week, according to the EU Labour Force Survey, and the average is falling. Remote working is also rising. In the US, the number of remote workers increased from 39 to 43 per cent between 2012 and 2016, according to Gallup. In the UK, the ONS reports that 2.6 million people work from different places with their home as a base.

Not everyone is convinced. IBM was famous for its remote working policies - in 2009, 40 per cent of IBM’s 386,000 global workforce worked remotely, allowing it to sell unused office space for $2 billion. They have just reversed the policy.

Ed Hussey, director of people services at Menzies LLP, which helps SMEs with HR strategy, says: “Ultimately, we are social animals and we like to work collaboratively with other people. Companies have worked out you are more productive and creative when you are with people with similar objectives in the same space for at least some of the time.”

Despite these setbacks for would-be remote workers, there is a small but growing tribe of remote workers who have taken the idea to its ultimate conclusion - the digital nomads.

In the UK, the ONS reports that 2.6 million people work from different places with their home as a base

“I think many millennials and Gen Zs have a pretty strong opposition to the classically scripted bourgeois life: going to school, studying, getting an office job, finding a partner, getting a house, having kids and living in one place the rest of your life,” says Pieter Levels, founder of Nomad List, an online community and information resource for digital nomads.

“Another reason is that it’s simply never been possible before for people to live in different places while working. We’ve had expats for decades, but they’d be generally working in a branch office of the company they worked for in their own country. Now we have people running their own businesses, working remotely for companies in San Francisco, New York or Tokyo or as freelancers with clients all over the world,” he says.

Technology has been the enabler: Wi-Fi and mobile networks have taken the internet to the farthest reaches of the planet while collaboration tools have made it feasible to do ‘business as usual’ from unusual locations.

The rise of Airbnb, offering a home-as-a-service, albeit a temporary one, has also made the idea of digital nomadism a practical one.

Kash Bhattacharya works as an influencer in social media. “My last fixed address was in Edinburgh in 2012,” he says. Now he goes where his work takes him – he was in Berlin for a travel event in March 2017 then spent a month in Poland before heading to Asia for the winter. “I went to Chiang Mai, one of the digital nomad capitals of the world. You can rent an Airbnb for 10 euros a night and eat out for 60 baht (€1.60).”

He also uses hostels as bases, a growing number of which have co-working spaces aimed at digital nomads. He has spent the last year visiting many of them as research for his new book The Grand Hostels. 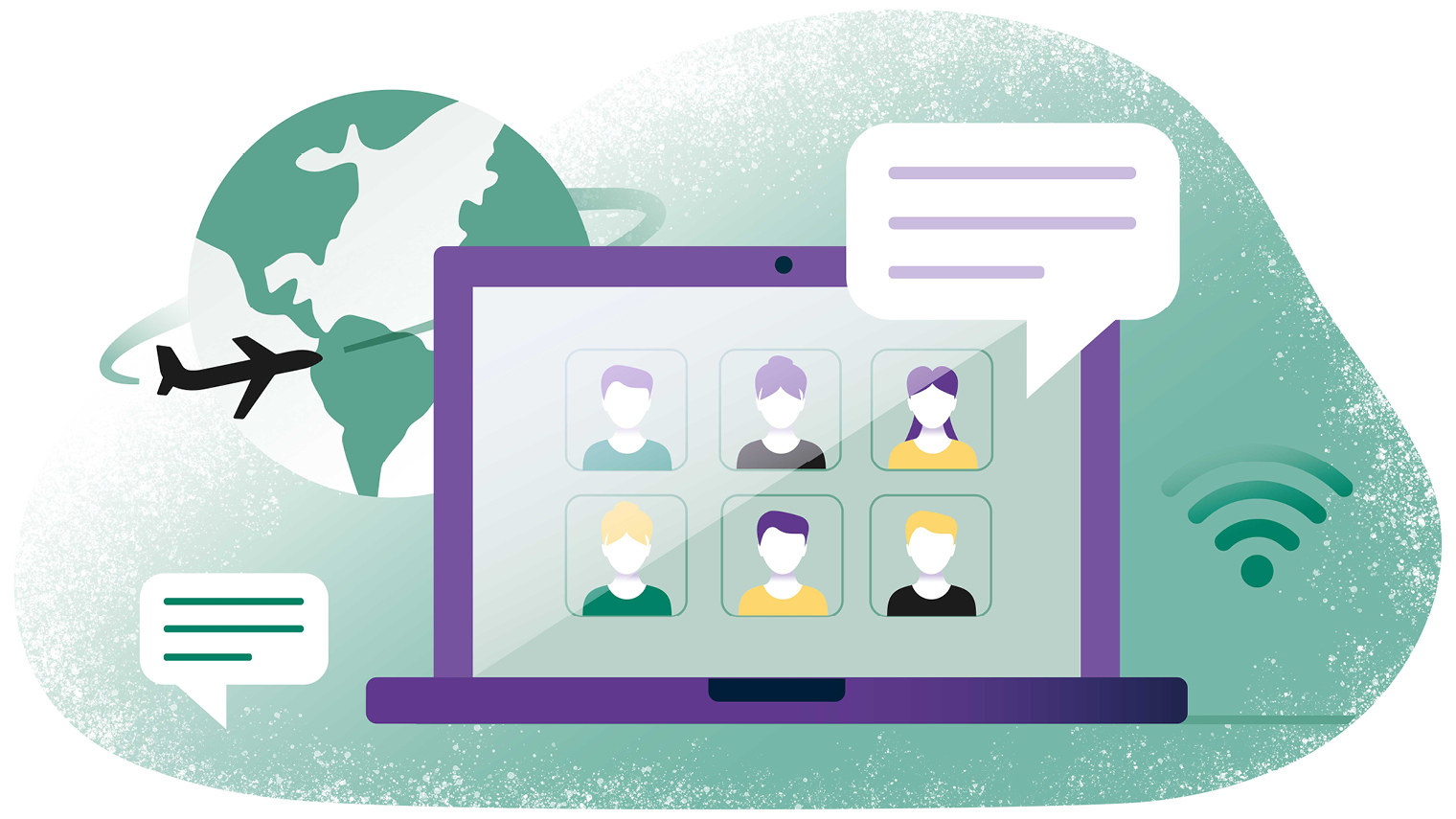 Despite technology and the proliferation of global work/live spaces, there are obvious barriers.

As a digital nomad, Bhattacharya misses having a regular place to sleep. “I am also now reaching an age where I have to take care of my health and access to a gym is always a challenge,” he says. He also misses not having regular access to a kitchen. “I do have my box of spices with me so I’m able to whip up a curry whenever I can.”

The world’s visa regime is also a barrier to the digital nomad. If you have a standard visa, you are typically not allowed to do paid work – many digital nomads do so even though it is not permitted.

While the nomadic lifestyle works for creatives like Bhattacharya, many businesses are not yet ready to unleash their employees.

Despite individuals’ desire to work remotely, uptake has been slow by companies. “A lot of businesses are stuck in certain deep-rooted customs and practices and they are hard to change,” says The Work Foundation’s director, Lesley Giles.

Giles’ research shows that only half of businesses are forward-thinking and have the technological strategies to unlock flexibility.

If businesses are to embrace digital nomadism, they may also need to change how they people-manage, she says. “You still have to manage the individuals but in a different way, using technologies to keep in regular contact. It is not about presenteeism but about what they are actually producing.”

There is also the reality of physics. When it is 9am in Los Angeles, it is midnight in Lombok. That works fine for asynchronous tasks such as writing code but is less convenient for making calls to customers.

Some roles are also patently unsuitable for digital nomads. While a web designer or a sales executive can happily work from the beach, it is harder to carry out brain surgery when the patient is on the other side of the planet.

If she wrote her paean to working life today, Dolly Parton would be hard pressed to find something to rhyme with digital nomad.