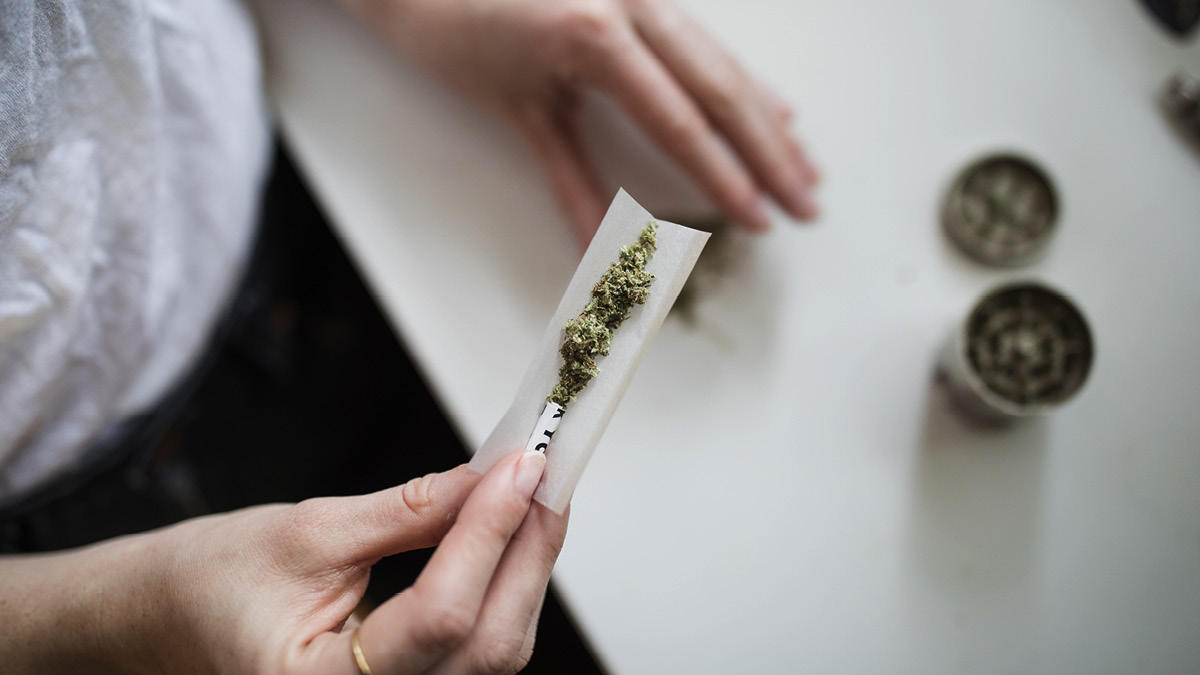 But while the drug seeps into the mainstream, there’s uncertainty over how the cannabis and alcohol industries will co-exist, or compete, to be people’s choice of drug to unwind.

The effects of the legalisation of cannabis on society and health continue to be examined, and there are many barriers in place which may prevent the cannabis industry from expanding. Regardless, the alcohol industry does appear to have reason to be concerned over the impact the decriminalisation of cannabis will have on alcohol consumption.

Researchers at two US universities and one in South America looked into cannabis and alcohol, examining whether the United States’ overall alcohol consumption would be impacted by the rise of legalised medical marijuana. The study looked at states allowing medical marijuana use over a ten-year period and found an almost 15 per cent reduction in monthly alcohol sales.

Is combining alcohol with cannabis the future?

Cannabis may pose a threat to the alcohol market – but as a way to stay ahead of cannabis legalisation, there are some savvy businesses looking to combine the cannabis and alcohol markets.

In Canada, where cannabis is legal, alcohol companies are pushing drinks infused with cannabidiol (CBD), an active ingredient in cannabis. US alcohol companies are even investing in Canada’s cannabis market to find new opportunities. For example, Great North Distributors, a Canadian subsidiary of one of the largest US alcohol distributors, became the sole manufacturer’s representative for Aphria, a Canadian cannabis company.

Elsewhere, the US company Constellation Brands invested $5 billion for a 38 per cent stake in the Canadian cannabis company Canopy, with plans to introduce a line of infused drinks.

Young people turn to CBD to avoid alcohol side effects

While some people may be merging their cannabis and alcohol consumption, it won’t necessarily solve the growing social shift in attitudes towards drugs, especially for future generations.

Cannabis may now be seen as a healthier option compared to alcohol, especially among young people. Millennials are increasingly steering clear of the negative long-term side effects of drinking, such as alcohol poisoning and alcoholism. There are far fewer millennials drinking alcohol than in past generations. In the United States the share of college students who drink alcohol daily fell from 4.3 per cent in 2016 to 2.2 per cent in 2017. In the UK, 30 per cent of young people do not drink.

And in countries where cannabis isn’t legal, CBD products are bridging the gap. In the UK, cannabis is currently designated as a class B drug and anyone caught with it could face up to five years in prison.

But CBD-infused products – the oil contains one of the non-psychoactive chemicals found in the hemp plant, so does not produce the “high” associated with cannabis – are fast becoming the norm in high street stores. So much so, that an estimated 1.3 million UK consumers spend a total of £300 million a year on CBD-infused products.

While CBD oil has been available on the shelves of specialist health food shops since 1998, it has only made its way into the mainstream in recent years. CBD oil and CBD-infused products are now commonly available in many forms: gummy sweets, soft drinks, tea, ice cream, shampoo and toothpaste. For health-conscious young people, the natural benefits of CBD are an appealing factor. CBD oil is supposed to help improve stress levels, skin conditions, chronic pain, depression, insomnia, as well as improving memory.

Cannabis and CBD-infused products may be seen as a healthier option, but the long-term effects still pose a level of risk. Experts say evidence for the health benefits of CBD-infused products is scant and as these products are being produced with little regulation, the quality of products varies widely. And in terms of overall cannabis use, the World Health Organization warns of acute and chronic health effects, such as the impairment of cognitive development.

Regardless, some trends look set to continue. Governments are continuing to change their approach to cannabis for both medical and recreational use, with many considering relaxing their laws or legalising the drug altogether.

In New Zealand, prime minister Jacinda Ardern is considering a referendum on cannabis use to decide its future in the country. And in Mexico, politicians are on the cusp of approving legislation to legalise all forms of cannabis. Elsewhere, in westernised countries, rates of young people choosing to drink alcohol show signs on continuing decline.

But the alcohol industry has not yet been significantly damaged by these changes. And while the future relationship between the cannabis and alcohol industries remains unclear, there are opportunities for collaboration, rather than competitive opposition.

Nobody is certain how consumers will spend their leisure time in the future. They may continue to drink wine, beer or spirits, or they may choose to smoke joints. Or perhaps young people, in an effort to suppress living in a time of economic uncertainty and a global warming crisis, may just decide to take up both.