Zeekit co-founder Yael Vizel came up with the concept for 3D virtual clothing while working on radar intelligence for the Israeli Air Force.

If technology could be used to map out the 3D rise and fall of a landscape on a 2D aerial map, the air force commander wondered, why couldn’t the same technology layer outfits on the topography of a human body?

“In doing so we could bring to life the holy grail of online fashion,” she says. “We could allow customers to see themselves virtually dressed up in any clothing item or combination of items at the click of a button.”

Five years later and the technology is being explored by the likes of ASOS, adidas and Bloomingdales. By applying deep-learning algorithms and artificial intelligence (AI), Zeekit can digitise the 2D image of any garment and break it down into 80,000 individual segments. This “map” is then layered across the 2D image of a human model. It can, in other words, let customers try on an endless array of 3D virtual clothing without ever leaving the house or without touching a single piece of fabric.

Inconsequential a few months ago, the latter now looks like a crucial selling point. As fashion stores reopen amid strict social-distancing rules, many have been forced to close physical fitting rooms completely. Trying on clothes virtually online could be the only opportunity left for customers to try before they buy. Already Vizel says Zeekit is busier than ever, fielding calls from the sector.

At London-based startup Superpersonal, which is set to launch its own 3D virtual clothing technology in the autumn, the pandemic has also brought with it a new raft of interest, says founder Yannis Konstantinidis.

Could the demands of a global health crisis finally push virtual and augmented reality (VR/AR) tools into the mainstream?

Fashion brands have dabbled with virtual technology for years. In 2018 Burberry installed AR mirrors in two of its stores, which allowed customers to pose and play with its iconic tartan ribbon. In the same year, a pilot at a Shanghai mall saw customers create virtual avatars on touchscreens at concept fashion store Moda Polso.

But investments in AR fitting and styling technology “have largely to date been made to create interest in flagship stores rather than rolled out as standard”, says Laura Morroll, senior manager at  management and technology consultancy BearingPoint.

In fact, according to 2019 research by software developer MuleSoft, just 4 per cent of UK consumers have experienced VR/AR technology being used by a fashion brand. That’s despite the fact that, even prior to the pandemic, developers cited major advantages in the concept of 3D virtual clothing. 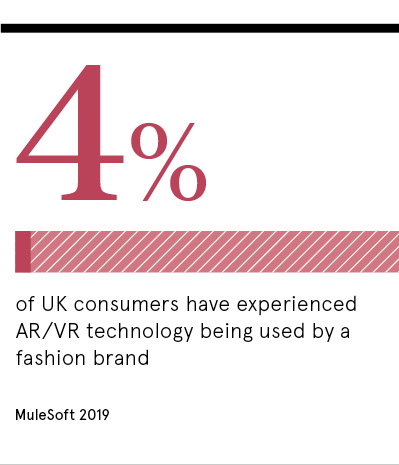 Giving customers the chance to try on clothes virtually online creates three opportunities to boost revenues, according to Vizel. “It makes people who weren’t used to shopping online feel more confident, so the volume of overall shoppers goes up. Those who already purchased online will shop more as it’s more convenient and so average basket size increases, and all of them will return fewer items,” she says.

Those who use the Zeekit tech see an 18 per cent average increase in order value and a 36 per cent decrease in returns, the company says.

Even in physical stores there’s potential to use a 3D virtual-clothing option to streamline visits, she believes. Customers could try on a series of outfits virtually, only requiring a physical fitting room to pinpoint the correct size, rather than carrying in armfuls of stock. The result could be individual stores requiring far less inventory.

Prior to the pandemic, Superpersonal was in discussions with one luxury retailer to add a virtual fitting room to their store, says Konstantinidis. But rather than simply enable customers to try clothes virtually and test their size or fit, the startup’s video tool is intended to allow fashion brands the chance to create super-personalised virtual content too.

Like Zeekit it uses machine-learning technology to dress customers virtually in any outfit they choose. But unlike Zeekit it’s intended to show the style, rather than the exact fit. “It’s the colours, how the fabric moves on you as you swirl and twist,” says Konstantinidis.

To use it customers can simply upload a selfie, input their height and weight and then AI transposes their face on to a body of more or less similar size, he explains. They’re provided with not only a static image, but a moving video of the virtual result. It’s a function that could allow brands to swap out white backgrounds for immersive scenes, showing their customers wearing an outfit in different virtual environments.

“In that way we’re thinking of the dressing room not just as a browsing experience, but as part of personalised content,” he adds.

Though the pandemic saw three major projects with the technology postponed, Konstantinidis says interest is now firmly on the rise. “Fashion brands can be slow to engage with new technologies, but I’m hopeful that now things will move faster,” he says.

Already there’s movement. Only in May, ASOS rolled out a trial of See My Fit, an online tool that uses Zeekit technology to dress 16 models of different shapes, ages and ethnicities in each outfit across its catalogue virtually, as a way to avoid physical photoshoots.

And this could be buoyed by a greater willingness to engage from customers, Morroll at BearingPoint believes. “Historically, one of the biggest hurdles to wider adoption of AR technologies was the need for customers to enter their key body dimensions into the site or to create a virtual avatar,” she says.

“However, COVID has presented shoppers with a set of very different concerns around safety and distancing in a traditional high street environment, and this may be the impetus many shoppers need to take the leap into AR online fitting rooms.”

Given the economic impact of COVID-19 on the fashion industry, cost and resource could still leave virtual fitting rooms a step too far for some. But with the pandemic forcing stores to recreate retail at a distance, there’s little doubt the technology will suddenly hold very mainstream appeal. 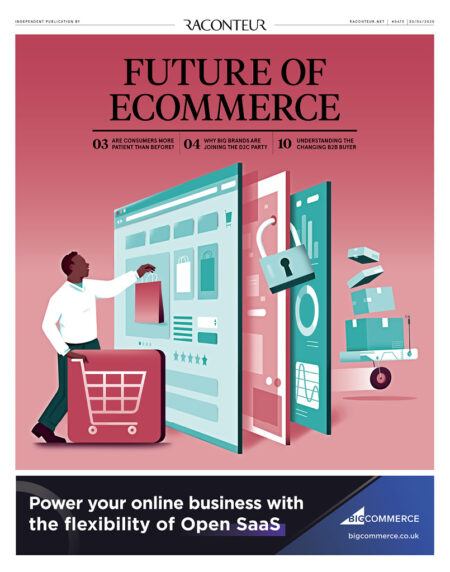 How B2B buying has evolved over lockdown

Big brands go direct to the consumer in a crisis

Why AR hits its stride in COVID-19 era

When rapid delivery is no longer an option

Also in Future of Ecommerce 2020