How can a 20-year private equity track record combine with a new business model to offer something established advisers can’t?

The private equity (PE) market has changed substantially in the recent past. “To maximise return from any transaction you have to do things differently now, it’s not just about leveraging,” says Rustom Kharegat, who last summer set up the transaction services practice at the global business advisory firm FTI Consulting.

“Today you really need to do something exceptional with the business and more people are beginning to realise this. You will have to change the business operationally or restructure its basic processes to release value.”

Having worked in PE for more than 20 years, Mr Kharegat is well placed to manage such trends and offer perspective on recent developments. For example, he mentions the decline in the number of IPOs (initial public offerings) taking place and the impact on PE.

“It’s created an opportunity because people who are looking to exit have fewer options and you’ve got PE houses stepping in to fill the void,” he explains. “But now when a PE house wants to exit, the choices are more limited. It might be forced to sell to another house so we will see more secondary and tertiary buyouts in weak IPO conditions.”

Houses are having to work to build more value into the business to prepare for exit, something that Mr Kharegat and his team specialise in. 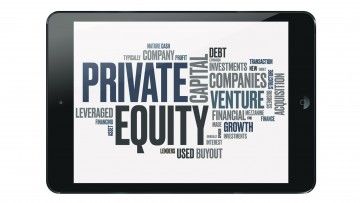 Another key trend is the availability of debt, an issue that dictates whether PE makes or loses money. “Without the leverage that debt provides, PE houses can raise substantial funds, but the returns will suffer significantly. A lack of debt slows the industry down.

“In 2007 we saw new heights of debt, then came the financial crash and it all but dried up. Debt has been steaming hot again in 2014 with lenders offering up to eight times EBITDA until about two months ago. Now suddenly banks are becoming more cautious again,” he says.

With debt multiples at around 5.5 to 6, PE houses can still make money, but how will they continue to do so if debt availability decreases once again? It comes down to value-added insight. “That’s where a really good set of advisers can make a difference,” says Mr Kharegat. “If a buyer can identify opportunities they can drive up business profits and achieve greater value for their clients.

“We want to add that insight,” he explains. “We don’t believe that clients will come to anyone at FTI Consulting merely because we’ve worked with them consistently for 20 years. No, today PE seeks more than just strong accountancy skills; they’re looking for new angles. For example, they want someone with deep experience, value-adding initiatives and ideas that can help them to plan the next stage of a business’s growth.”

“Clients want someone with deep experience, value-adding initiatives and ideas that can help them to plan the next stage of a business’s growth”

This is why Mr Kharegat has built his team at FTI Consulting by cherry-picking highly qualified people from the Big Four who have worked exclusively on PE transactions. But it’s not just a case of providing a fifth phone number for PE to ring. He believes that he can offer something different to what has historically been on the market.

“We’ve all worked for the large accounting firms who have grown complacent with the lack of effective competition. At FTI Consulting we have now built a more entrepreneurial model that is lighter on bureaucracy. Everyone here is focused on the client with fewer layers of management to get in the way,” he says. “We focus heavily on how to bring value to our clients before, during and after a transaction.”

His positioning seems be paying off, with three billion-dollar deals already under his belt. Mr Kharegat notes that as a specialist in the field without the constraints of retained audit services, his team is less impeded by conflicts of interest and offer flexible fee structures. But most of all it’s about adding expertise and value.

As for the future, Mr Kharegat’s ambitions are relatively modest given that his team is already the same size as several of the established players in the PE space. “It’s about consistency,” he says. “I want to be able to say that years two and three were as good as year one, to prove that we really are an alternative to the entrenched players, that we offer superior focus, more added value and greater flexibility. The market has accepted us so far, now we want to create a permanent presence.”

A pan-European capacity is essential for handling large transactions as they frequently include players across the Continent. Rustom Kharegat has taken a focused approach.

“We have several different nationalities working here in our office,” he says. “This means that they can communicate effectively with local clients and management teams, but all have the same training so that we can offer consistent top quality.” The team has unrivalled PE credentials coupled with rarely seen entrepreneurial flair.