Regular customers of The Fat Pizza in Southend may have noticed something different about their ketchup and dipping sauces in recent weeks. Rather than using standard plastic sachets and pots, the restaurant is trialling the use of a new form of sustainable packaging - a curious looking transparent pouch, made entirely from seaweed and biodegradable within six weeks.

It seems a small step, but if successful the use of seaweed pouches could pave the way to more widespread adoption and greater innovation in the takeaway sector. Skipping Rocks Lab, the startup that developed the pouch, has an ambitious mission to make packaging disappear altogether. It is currently trialling the product in multiple formats ahead of its commercial launch later this year.

“Replacing sauce sachets is very exciting because small-form plastics are the ones that are least likely to be recycled and if they contain an aluminium layer they cannot be recycled at all. Seaweed is the perfect alternative because it is biodegradable, abundant and a cheap raw material, so it has the potential to compete with plastic,” says Lise Honsinger, chief operating offer at Skipping Rocks Lab.

The tide of public opinion turns against plastic-heavy takeaways

Seaweed sachets could be a positive development for consumers, as concern mounts over excessive use of plastics in the convenience sector. While some might historically have been willing to shelve environmental awareness when they dialled for a pizza or curry, increased publicity on the impact of single-use plastics is changing behaviour.

Online food delivery service Just Eat, which is facilitating the trial of the seaweed sachets, has launched a number of initiatives this year to reduce excessive use of plastics in the UK takeaway sector. After it introduced new functionality on its app, for example, more than 20 per cent of customers opted out of receiving plastic cutlery and straws that could otherwise have been discarded. It has also removed all single-use plastic boxes from its partner shops to drive change.

“There is growing awareness and concern among consumers, particularly with recent television coverage such as Blue Planet. People now think about sustainability at more frequent touch-points in their lives, whether through the charge on carrier bags or reusing coffee cups, and our research suggests many would also be willing to pay a little extra for a more sustainable option,” says Robin Clark, business partnerships director at Just Eat. 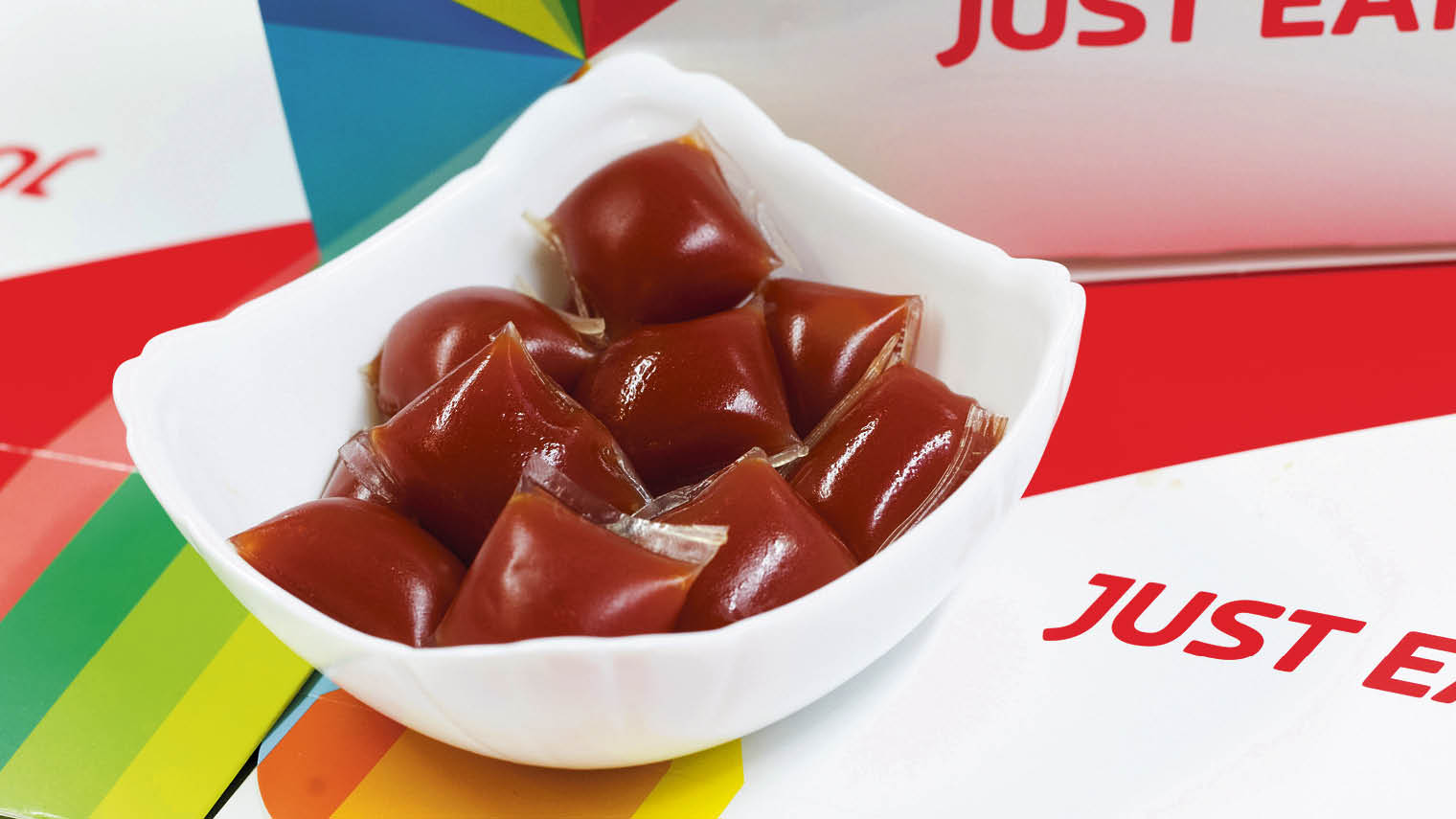 With rising pressure from consumers, addressing sustainability is fast becoming a necessity for large outlets. UK restaurant chain LEON, for example, has sought to influence consumer behaviour through a series of subtle changes. Bags are now only dispensed on demand, while paper straws that have replaced plastics will be kept in dispensers to further reduce use.

“These changes require both persistence and consistency, with a balance of moral and commercial decision-making. Sustainable packaging options tend to cost more, which requires long-term business planning, but there is a lot we can do to subtly inform and influence our staff and customers,” says Kirsty Saddler, brand and sustainability director at LEON.

Offering customers a financial incentive to reuse coffee cups has proven to be a successful initiative and LEON is not the only outlet to have done this. Sandwich shop chain Pret A Manger this year increased the discount for reusable cups from 25p to 50p, driving a tenfold increase in reusable cup use. Pret now serves more than 85,000 drinks in a reusable cup each week, up from 8,000 six months ago, and estimates it will save four million disposable cups this year.

Engagement with sustainable packaging rises and falls with the economy

Momentum for such changes appears to be on the rise, but it is not solely the result of media coverage. Engagement in sustainability tends to move in line with the economy, rising in the good times, says Giles Gibbons, chief executive of Good Business and director at the Sustainable Restaurant Association. As the world emerges from the downturn brought on by the financial crisis, brands and consumers are ready to engage again, he says.

“I can’t remember a time when there has been such a marked change on a particular issue in such a short period of time. Society has warmed up to be much more positive about environmental activity and that is driving consumer-led change, which is the best possible form of change. Most companies are moving very quickly to capitalise on this opportunity,” says Mr Gibbons.

Progress will be limited by the complexity of the underlying issues, however. Skipping Rocks Lab might have made a small breakthrough with seaweed pouches, but its next challenge would be to find an alternative to the plastic takeaway box.

Just Eat currently facilitates more than 100 million orders a year for its restaurant partners in the UK, which it estimates have the potential to include up to half a billion plastic boxes. Despite research showing many of these boxes are reused domestically, the company remains committed to finding an alternative.

“Even if the plastic box is reused six times, it still eventually goes to landfill. Any alternative has to be just as effective in keeping food properly sealed, but through our investment in research and development, we hope we will find a more environmentally friendly solution,” says Mr Clark.

In any drive to introduce more sustainable options for consumers, restaurants and shops must consider the end-to-end impact. Consumers should be properly educated, for example, about how plastic alternatives should be disposed of. While the seaweed pouches will biodegrade naturally, some materials require the addition of heat and enzymes to biodegrade, which can only be found at dedicated plants.

“A big concern is that retailers will switch to new forms of packaging without telling their customers what to do with it, with the end result that it doesn’t go into the correct facility and so there is no benefit,” says Martin Kersh, executive director of the Foodservice Packaging Association.