In the chrome and glass office of every general counsel in every major corporate, there will be two stacks of paper.

On the left is a pile of all the legal claims the company is defending – a mounting, teetering tower that must be constantly attended to, for fear that it will collapse and engulf the hapless lawyer.

On the right, another tall stack, but this one wears a layer of dust and only rarely is the GC’s eye cast towards it. These are the potential claims that the company could be bringing against others; for breach of contract, copyright infringement and so forth.

But the claims are not without risk and require upfront cash from the legal budget already being drained by the defence litigation. The potential claims may be strong, but in their current state they have absolutely no value on the company’s balance sheet.

Whether those towers of paper exist as a physical reality or simply in the mind’s eye of the GC, the tension between the two types of claim is the same in every large business. Even where the head of legal actively wants to pursue claims, the barriers to doing so can be high.

In comes the funder 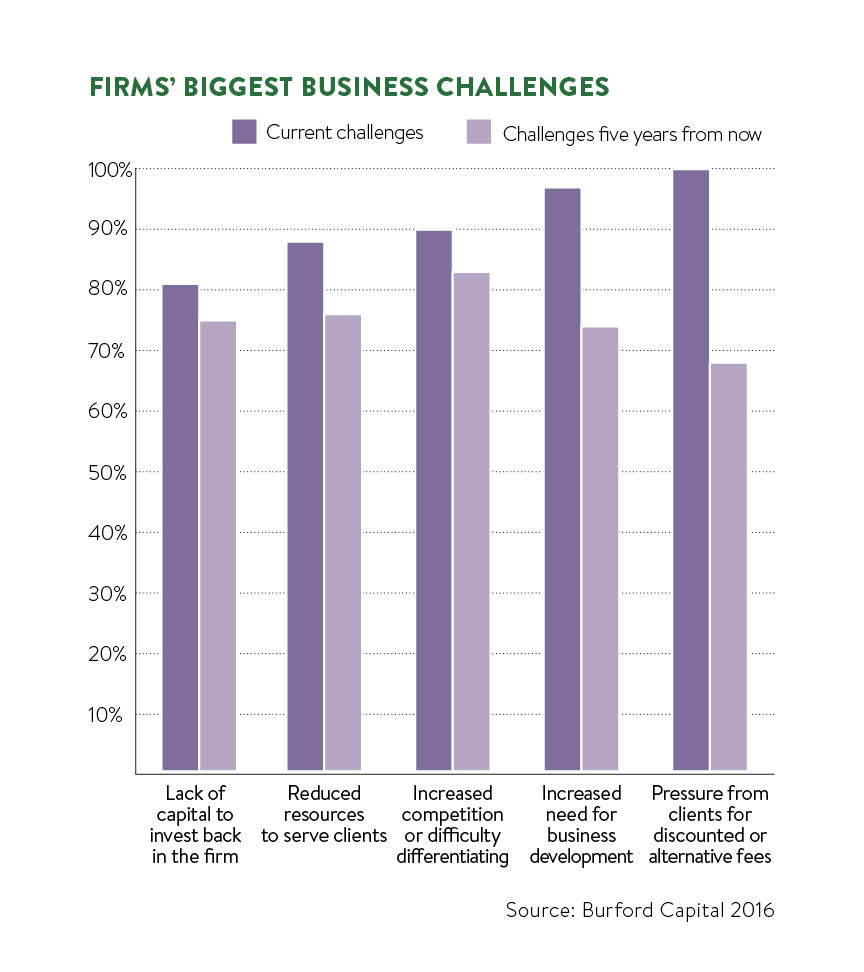 Funding is not cheap because the funder has taken on all of the risk. But even where the funder claims a large slice of the pie, the client will still have realised some value from a case that it would not otherwise have brought.

Ms Dunn continues: “When you get funders involved, you still can’t guarantee that you’ll win, although I do think that we are quite good at picking cases. But what you can guarantee is that if you lose, it will cost the client nothing.

“The client will still need to spend a lot of time on the case – even with funding, you can’t avoid that. But it will avoid the uncomfortable conversation with the FD where he is saying, ‘You told me this would only cost x amount’.”

Litigation funding started out by providing a service for smaller companies that had strong claims, but no money to bring them. However, according to Ms Dunn, the dynamics have now shifted considerably. Whereas Harbour’s first fund, set up in 2007, mainly financed claims for insolvent clients, she estimates that nearly a third of the clients of its third, most recent fund are “names that you would recognise” – banks, wealth funds and large listed entities.

“The GCs are really starting to get it now,” she says. “It is a bit of a club, with GCs who will know each other, and once they start talking [about using litigation funding] they begin to think, perhaps we should be doing that too. It is a real snowball effect.”

Traditional funding involves funders closely weighing the merits of a particular case and deciding whether to invest in it. But the industry is both growing and evolving. 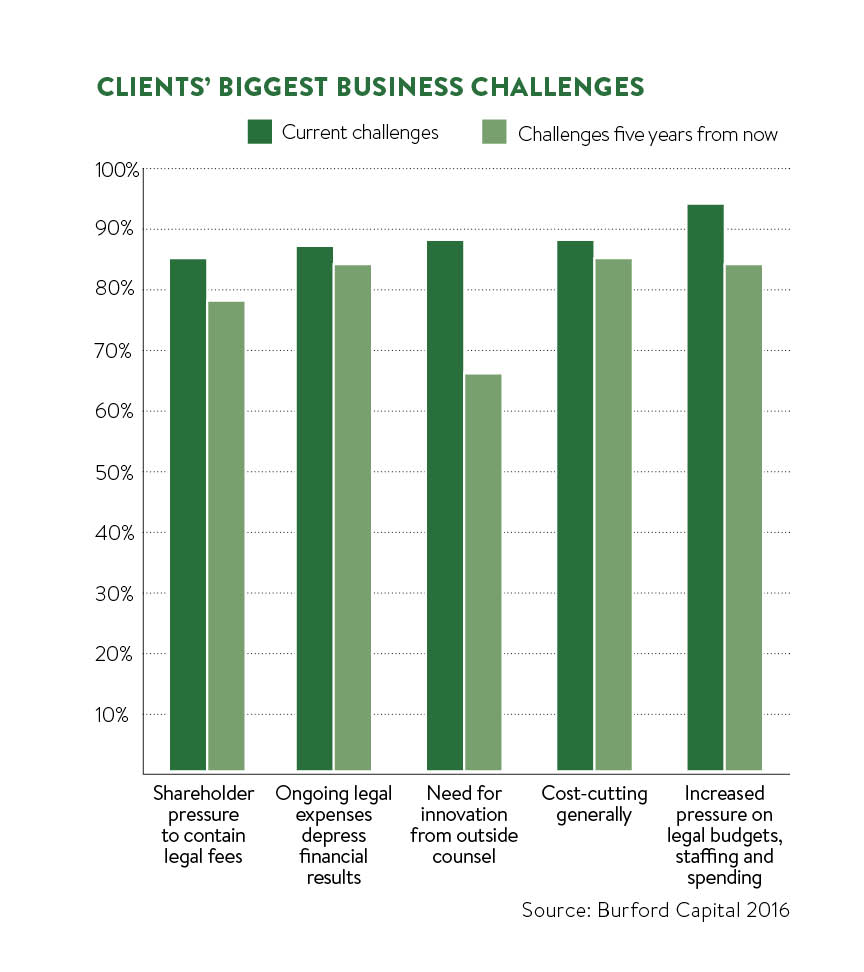 In April, funding giant Burford raised £100 million from a bonds issue on the London Stock Exchange – an example of the extent to which money is flowing into the sector. Burford, which now has litigation finance commitments of around $1 billion, has largely moved away from the single case funding model. Indeed, in 2015, only 13 per cent of its new commitments related to single cases, while 63 per cent were portfolio deals, whereby it invests in a range of a firm’s litigation.

Burford’s managing director Nick Rowles-Davies explains that by funding a book of litigation, you can start to bring down the high costs the funding industry is often criticised for.

He says: “If you are funding a portfolio, the risk is lower because you are spreading that risk and you are unlikely to get it wrong on all of the cases. If you lose the first case, you will hopefully get it back on the next one. But if you start losing six or seven, then you are probably in the wrong business.”

While portfolio funding has been around for a few years, 2016 has seen the concept taken a step further with some funders providing cash that can be used not just to bring litigation, but also to defend it or indeed to use for something else entirely.

Burford announced in January that it had provided $45 million to a FTSE 20 company that could be used “either to relieve legal expense budget pressure or for corporate purposes unrelated to the litigation matters”. The company in receipt of the investment has been widely reported as BT, though this is unconfirmed, and the deal gained considerable press interest.

Neil Purslow, chief investment officer at funder Therium, says reporting of the FTSE 20 deal has put litigation finance on the radar of GCs and finance directors.

“Last year we did a deal in which we provided financing for a company against a claim that it had. It did not use any of the money we gave it for that; it used it to do another transaction. So we provided it with venture capital,” he says.

Mr Purslow explains that the firm in question was still under an obligation to bring the claim, so that the funder could be paid from the proceeds, but it carried the cost of the litigation itself.

“This is a more flexible way of funding. It breaks the link between the money funded and the costs of the litigation,” he adds.

So the neglected pile of potential claims becomes an asset and one against which money can be raised.

“It is recognising that the litigation has value and it’s about what you as a funder can give to the company against that value,” Mr Purslow concludes. “This is the next big mental shift.”