It is possible to make customers love your brand, but only if you listen and give them what they really want

Fans can be pretty nuts. Apple fans queue outside stores for days waiting for the latest iPhone. Harley Davidson fans get tattoos of the logo. Actor Benedict Cumberbatch needs to flee through the service door of the Barbican theatre to escape his marauding adorers.

What about your firm? Do you wonder why you don’t have adoring groupies? No brand gets worshipped by accident – there’s a lot of work that goes into wooing and retaining customers. So what works?

Loyalty cards are rock-solid performers. The old fashioned “get nine stamps and your tenth coffee is free” is basic, but proven to be effective. Some of the biggest brands such as Starbucks and KFC rely on this approach to loyalty. However, both have shifted from paper cards to mobile apps. These are great, but they leave smaller firms asking how they too can use an app-based loyalty card. 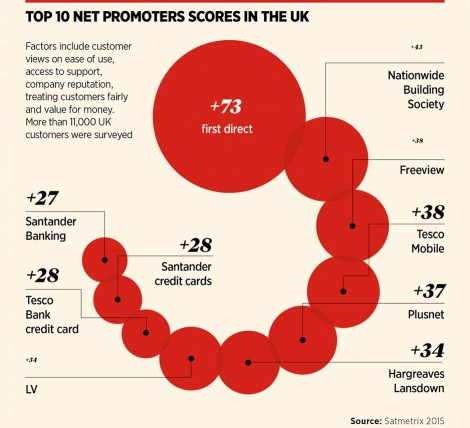 A new system worth knowing is Droplet, created by two entrepreneurs in Birmingham. Droplet was launched to shake up payments. Its unique selling point is that transactions take place with zero fees. The founders state: “Droplet’s business model is like Skype for payments – we give away the core product and make money from optional bolt-ons.”

Since traditional payment methods scrape 1 or 2 per cent from each transaction, this is a big selling point on its own. Droplet is rather snazzy, working via a mobile app on the customer’s phone. But it turns out what retailers really love is the loyalty component.

Around 25 small retailers in the Leeds area, such as Café 164, Tall Boys and BangWok, have signed up to the Droplet Rewards trial. These merchants use Droplet to issue reward stamps via the app after payment. No more fiddly bits of paper. And at a flat £20 fee a month for retailers, it’s cheap.

Users can see at a glance what rewards they possess, so are incentivised to return to redeem offers. Furthermore, customers can use the app to pre-order before arrival via menus listed in the app under the merchant’s name. Walk into the coffee shop, and they can have your latte and croissant ready and waiting. It’s a big leap from the old cardboard loyalty card model.

If you want a bespoke app then bear in mind that the cost is coming down all the time.

Harris + Hoole, the coffee chain, has a loyalty app. Last year it added a payment function to allow customers to settle the bill with just one tap, using technology created by Judo Payments. Like Droplet, there’s a pre-ordering function. The Harris + Hoole ePos system can display a picture of regulars as they walk in, so baristas can greet them like old friends.

Kester Dobson, head of technology at Harris + Hoole, says: “By giving our customers the ability to personalise their in-store experience through the app, so that servers know who they are and what drink they want without having to queue, we foster a stronger and more personal relationship with our customers. Through our partnership with Judo Payments they can pay seamlessly within the app and, crucially for developing loyalty, when they hit the required number of stamps for a free drink, the server knows and tells them ‘this one’s on us’, eliminating the need to carry round crumpled loyalty cards in their back pockets. It keeps customers coming back.” 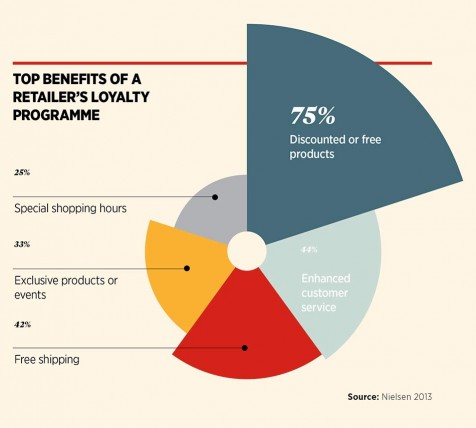 A big question for retailers is what rewards to offer with their loyalty scheme. Cash discount? Free product? At American Express the loyalty programme is centred on money-can’t-buy offers. These include early access to theatre, film and music events. This adds a bit more spice to the rest of the reward programme, which includes Nectar points and cash off at Boots and House of Fraser.

Mobile network O2 worked hard to create a set of unique rewards. The O2 Priority campaign gives customers first dibs on stuff like tickets to film awards and gigs. Nina Bibby, O2’s marketing director, reveals that more than a million offers and prize draws were accepted in the second quarter of 2015. The total saved by customers last year via the plan totalled £15 million. The impact? Last quarter, O2 grew its customer base by 199,000 to 24.8 million, up 4.4 per cent year on year. Contract churn is at an all-time industry low of 0.9 per cent.

Customers who use O2 Priority show a higher consumer satisfaction index than those who don’t. It’s potentially expensive and if every customer redeemed every offer they’d benefit by £800 a year. But it does seem to be delivering the right results. So what can O2 do better? In order to determine what to offer next, O2 commissioned a YouGov survey which generated a genuinely important insight – what customers really wanted was a higher degree of personalisation.

According to O2/YouGov, companies who personalise their communications enjoy increased sales (42 per cent), customer satisfaction (56 per cent) and customer engagement (63 per cent). Over two-thirds of those polled said companies need to invest more in personalising the communications. The outcome corroborates a survey by Infosys which produced similar numbers with 86 per cent of online shoppers, who experienced personalisation, saying it affected their purchasing decisions. 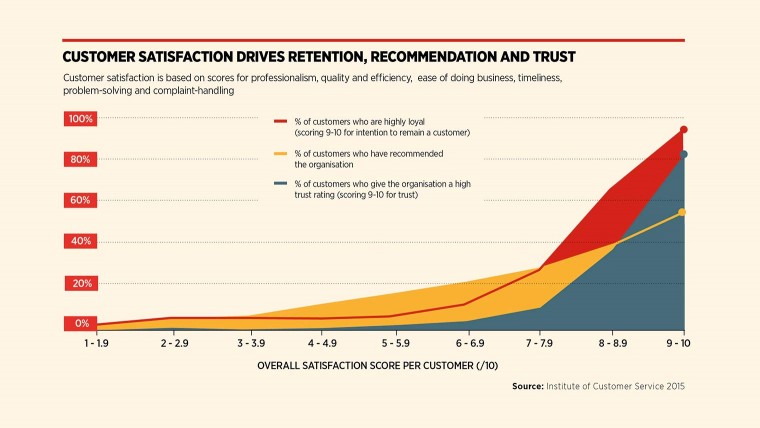 The trouble is personalising loyalty rewards is hard. The only way to do it is to install retail software which builds a picture of customers. For example, outdoor clothing store The Clymb relies on the Sailthru platform. This collects activity and sales data on customers, no matter what sales channel they use, and allows The Clymb to tailor offers and sales material.

“Achieving real and optimal results doesn’t just come from identifying who is spending the most,” says Sarah Seiff Lewis, The Clymb’s e-mail marketing manager. “It comes from accurately measuring actions and engagements to then get the right message in front of the right customer at the right time.” The Clymb reported a 175 per cent lift in revenue per e-mail send and a 72 per cent reduction in opt-outs per sale, through the personalisation approach.

Online tights retailer Mytights.com uses the Ometria platform. The software was used to analyse customer data, producing ten distinct customer segments, such as VIP customers, at risk and lapsed shoppers. An e-mail message was tailored for each segment, followed up by two reminders; those who responded were removed from the reminder list.

Perhaps the secret to getting rewards right is to simply ask customers what they want. The price comparison website Love Energy Savings uses a SurveyMonkey poll to collect insights. The company says some of the best insights from the longer prose answers. Running a SurveyMonkey poll costs £26 a month for unlimited responses.