Nick Yarris spent 22 years on death row for a crime he did not commit. He reveals what life is really like on death row and why this system of justice doesn't work 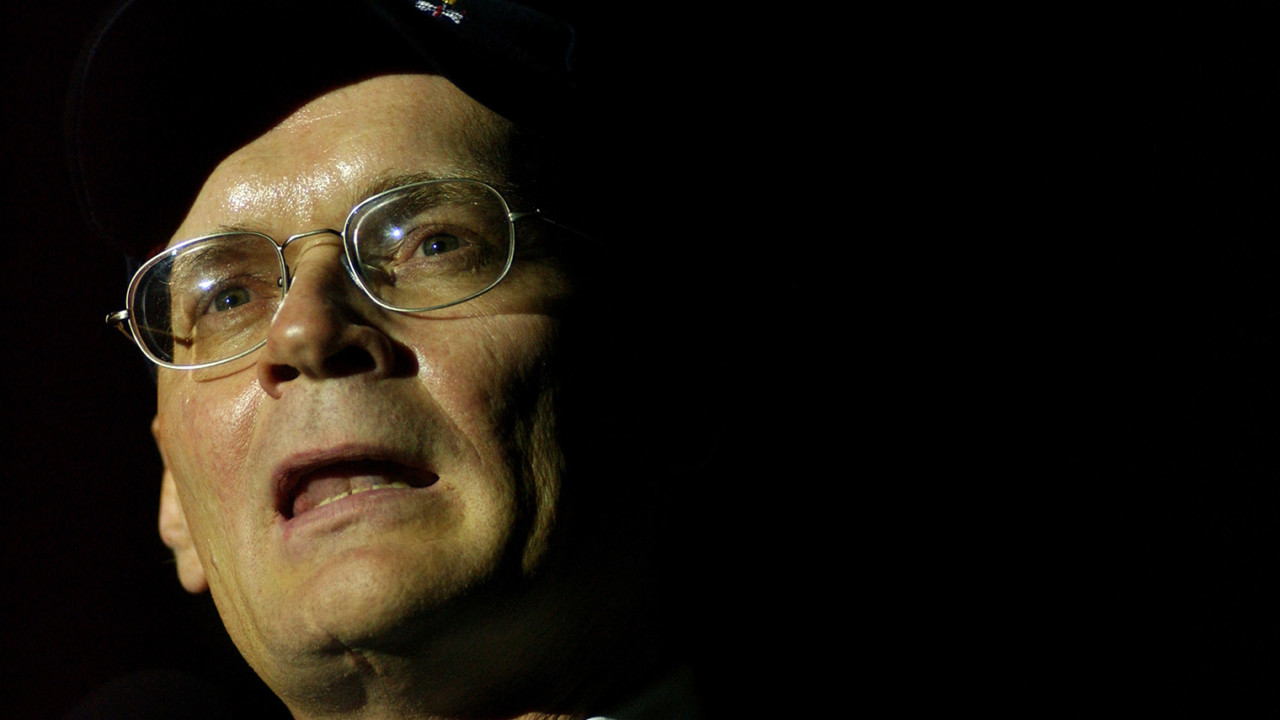 “The death penalty is not the worst thing we can do to a human being; putting someone away for the rest of their natural life while they sit and watch everything they have ever loved rot and die is the worst. That’s why I volunteered to be executed rather than languishing in eternal hell.”

Nick Yarris is certainly well qualified to make this powerful statement. In 1982 the troubled delivery driver was wrongly convicted of the rape and murder of Linda May Craig and spent 22 years on death row in his native Pennsylvania.

Yarris’ prison nightmare ended in 2004 when he was exonerated thanks to DNA evidence. He had read about the nascent science of DNA testing in a newspaper article in 1989 and became one of the earliest of America’s death row inmates to seek to use it to prove his innocence.

“The majority of people given the evidence that was presented would think that it was an open-and-shut case against Nick,” Robert Dunham, a venerated appellate lawyer – who represented Yarris in the state post-conviction appeals (though was not responsible for his exoneration) – and now executive director of the Death Penalty Information Center, tells Raconteur.

“He had the same blood type as the murderer, by unfortunate coincidence, and four separate eye witnesses claimed to have seen someone who matched his description at the shopping mall from where the victim was abducted.

“He had falsely implicated someone else in another case an attempt to cut himself a deal, and his only defence was an alibi, with one witness being his mother who had good reason to support his defence, and the other being a store clerk. Objectively most juries would have convicted Nick.”

Following years of distressing setbacks, including when a box of DNA samples was accidentally destroyed en route to a laboratory, Yarris sought the most extreme relief from his imprisonment: in 2002 he dropped his legal appeals so that the execution process could be carried out. It was only when a judge demanded one last round of DNA testing that he was cleared, after the evidence came back that there were traces of two unknown people on the victim’s clothing.

“The DNA not only showed that Nick didn’t do it, it showed that all of this other evidence was wrong,” adds Dunham. “And it’s that type of error that we see in case after case. DNA testing erodes confidence in the reliability of these other forms of evidence.”

Yarris grew up in a Philadelphia suburb and a happy childhood was irreparably fractured at the age of seven, when he was set upon by an older boy. The teenage aggressor whacked him on the head – so hard it caused brain damage – before raping the youngster, who couldn’t face telling his parents or five siblings what had happened. The resulting trauma triggered a downward spiral, and by his late teens he was “a drug-addled kid”, Yarris says.

Aged 20, he was arrested, at the wheel of a stolen car and under the influence of drugs, and was accused of the attempted kidnap and murder of a police officer. Although he was acquitted of those charges, while in custody before that trial, and in a desperate bid to reduce his jail time, he concocted a story, naming a drug-addict acquaintance he thought had died as the suspect in the rape and murder of Linda May Craig, which he had only read about in the newspaper. When it transpired that the person he had accused was alive and had no involvement in the incident he effectively made himself the prime suspect.

Once convicted, and sentenced to the death penalty, Yarris spent almost all of his time in prison in solitary confinement. For 14 years, between 1989 and 2003, he was not touched by another human being – apart from in anger. In a pitiful attempt to combat loneliness he resorted to lying on his arm until it became numb, and would then use it to rub his face to pretend he was being stroked by a loved one.

They didn’t turn us in to monsters with their torture, they made us loving, because we were able to forgive them when they got it wrong

There were numerous other unimaginable, unforgettable horrors, not least when he was forced by prison guards to fight with mentally disturbed inmates. “Oh man, I’ve been strangled, broken my hand, and much more,” Yarris tells Raconteur, recalling the brutal enforced scraps. “They would last five minutes, or until one man went down. A couple of times I had to fight men who were seriously psychopathic, with mental derangements and anger issues. They didn’t have medication to control them, and they were being taunted and pumped up by the guards. By the time they entered the cage they were like frothing, crazed animals. Thank God I’m 6’2”, weigh 14st, and know how to fight.”

On another occasion, an utterly defenceless Yarris was ambushed and battered viciously by unidentifiable guards in an attack that ultimately led to him contracting hepatitis C. “They got me good,” he continues. “It was a year and day after I had tried to escape prison, and I was tricked in to going into a room where four men dressed in black masks and riot gear were waiting for me. I was beaten up for four minutes, which seemed to go on forever.

“They shattered the side of a transverse bone in my lower back, busted my right eye socket, the retina of my left eye became detached, and 12 teeth were broken out of my mouth. Then they paraded me around on their truncheons to show the other inmates what punishment they would suffer if they tried to escape.

“Unfortunately, the dentist didn’t clean the returns on the units, and infected me with hepatitis C. So when, at the age of 42, I stepped out of a maximum security prison, where I’d spent 8,067 days, I was expected to die within two years, because my renal output was so bad. Back then there were no real cures for hepatitis C, just the old treatments which toxified my system so badly it blinded me and nearly killed me. That was until I had a liver transplant. I was one of the first cases cured; I’m actually a miracle. I was clean within six months of walking out of prison.”

When asked about how he readied himself with the prospect of being executed, and in error, Yarris says: “I was not a righteous person, so I wholeheartedly flung myself in to paying for the misdeeds that I did as a young man – for every window I broke, everything I stole, every drug I took, everything I did wrong in my life.

“It is not the sword of Damocles that bothers you when you are on death row; it’s the fact that everyone has a sword over them and the pressure is so intense that they act differently, as desperate men do. Those who are facing the worst situations can act with the worst behaviour, but also the most beautiful behaviour. It’s crazy how it is diametrically different, but it’s true.

“I chose very diligently to tap into whatever was worth living for, and read so much; most men don’t do that on death row. I saw my family as the victims more than myself, because they had no protection, no walls to stop the scorn of society. People would spit in my mother’s face, and call her the mother of a murderer, because she was my alibi witness.”

Yarris was freed with no apology and, after over two decades on death row, found the transition to ‘normal life’ incredibly tough. “Without guidance I was expected to settle back in to society, with people flinging themselves at me with hugs and emotion,” he says. “It was full on, and I had no support system, no money, no job, no qualifications. It was the greatest challenge you can imagine.

“For so long I lived in a world where if I expressed anger someone was going to bust me in my face, so I knew better. Out here we don’t know that penalty, so that’s why I’m not bothered by everything I went through, and I learned how to control my emotions.”

In a pitiful attempt to combat loneliness he resorted to lying on his arm until it became numb, and would then use it to rub his face to pretend he was being stroked by a loved one

In 2005, Yarris moved to England, and currently resides in Ilchester in Somerset, having become enamoured by the country following an invitation to speak to members of parliament about his travails. The 51-year-old, who has since become a father, now campaigns for the abolishment of the death penalty, and has addressed United Nations and European Union officials, and spoken at hundreds of schools.

“The fact that 159 people have been exonerated in America since 1973, with something like 22 cleared thanks to DNA evidence, shows that capital punishment is insane,” he adds.

“I, like the other 158 men set free from death row, am a living example that it’s a lie, and doesn’t work. We didn’t get out of prison and start killing people in vengeance, in anger, just like the state tried to do to us. The remarkable thing is all of the people that I know who have been exonerated from death row are the most caring, gregariously sweet-hearted people you could imagine.

“They didn’t turn us in to monsters with their torture, they made us loving, because we were able to forgive them when they got it wrong. We like to think that we are perfect as human beings, but we are not. At the end of the day, we don’t have any right to play with people’s lives, and kill one another.”